Four of the cruise ships previously operated by Genting Hong Kong’s Star Cruises have been sold with reports indicating that at least three of them are expected to quickly arrive at the Asian scrapyards. The Joint Provisional Liquidators overseeing the disposition of the company and its assets apparently accepted the opinion of its advisors that the older cruise ships had limited future market potential.

Included in the ships sold was one of the original ships that helped to establish Star Cruises as Asia’s first modern cruise brand as well as two transitional cruise ships from the history of Norwegian Cruise Line and the North American cruise business. The fourth ship had been retired a few years ago and was being used for accommodations at Genting’s MV Werften shipyard in Germany. Only one cruise ship from Star Cruises, a smaller yacht-style cruise ship appears to have been retained.

The three Asian cruise ships that were sold, Star Pisces, SuperStar Aquarius, and SuperStar Gemini are all currently laid up in Penang, Malaysia. Only the Star Pisces had briefly returned to service after the pause due to the pandemic starting short cruises from Penang in December 2021. The SuperStar sister ships had been used in 2020 to house foreign workers in Singapore after they recovered from COVID-19.

Built in 1990, Star Pisces had begun her career as a Baltic ro-ro luxury passenger ferry named Kalypso sailing for Viking Line along with a sister ship. Rederi AB Slite, one of the investors in Viking Line and owner of the ships however went bankrupt three years later and the new ships were sold in a bankruptcy auction. While Viking Line, DFDS, and P&O Ferries were all rumored to be bidding they were beaten by a surprise bit for a new Asia company Star Cruises. Incorporated in November 1993, Star was set up by Malaysian Chinese businessman Tan Sri Lim Kok Thay who reported was seeking to diversify his casino operations. 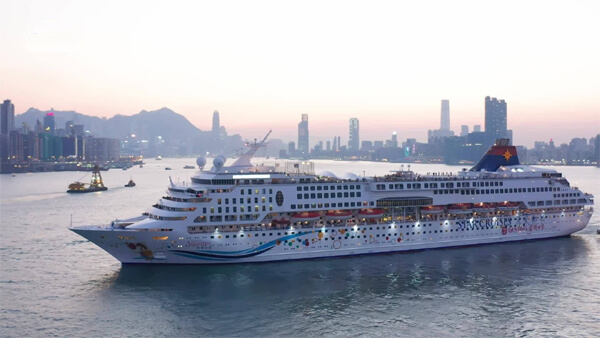 Rebuilt more suited to the cruise industry, Genting launched the sister ships as Star Pisces and Star Aquarius (40,000 gross tons) with a modern program modeled after resort hotels including multiple dining locations and a large casino operation. The concept laid the groundwork for changes to the global cruise industry and helped drive the expansion of Star Cruises which acquired and sold multiple secondhand cruise ships over the years. The company’s operations introduced and changed itineraries with homeports ranging between Singapore, Taiwan, Malaysia, and China. The company also built modern cruise ships in the mid-1990s at Germany’s Meyer Werft with a design to support resort-style cruising. 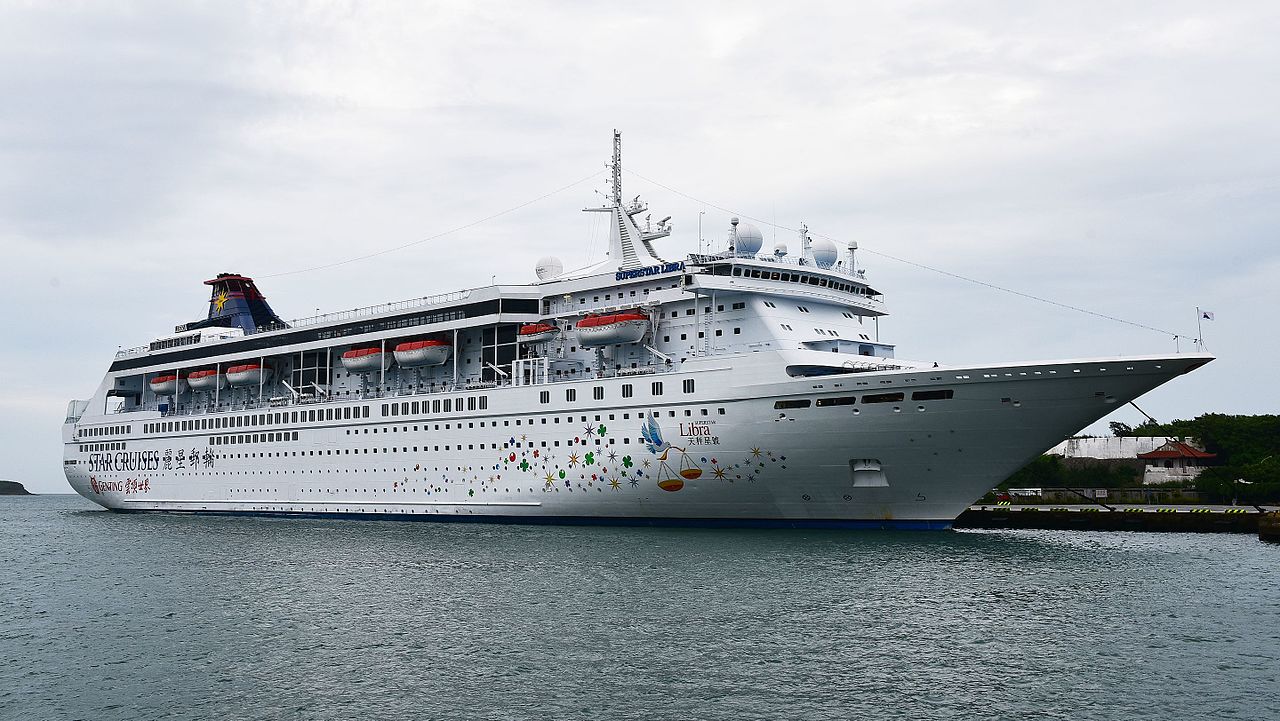 The fourth cruise ship sold by the Joint Provisional Liquidators had previously operated as the SuperStar Libra. The cruise ship was built by Wartsila in 1988 for Norwegian Cruise Line as the Seaward (40,000 gross tons). She was notable as the first modern cruise ship to offer an extra tariff gourmet dining room for passengers and part of an effort to expand and modernize Norwegian 20 years after the company began cruises from Miami. She sailed as Seaward and later Norwegian Sea till 2005 when she was transferred to Star’s Asia operations. She continued to sail for Star till 2018 when it was announced that she was being retired and converted to an accommodations ship in Wismar, Germany. She was used to house foreign workers at the MV Werften yard working on the construction of the Global Dream cruise ship.

The accommodation operation however was suspended in 2020 due to the pandemic. Late in 2021, it was announced that Genting Hong Kong has sold the ship for scrap and she would be towed to Turkey to be recycled. However, they were still awaiting permits from Germany which was further delayed by the financial collapse of the shipyard and later Genting Hong Kong. The sale of the ship was completed in April and she was towed out of Germany departing on April 10 and is expected to arrive in Greece in mid-May. Reports from Germany are that the buyer was exploring using the ship for accommodations instead of scrapping her.

Only Star’s smaller The Taipan, a 3,300 gross ton cruise ship, which had been used as an exclusive casino yacht was not included in the recent sales for scrapping. Like the larger Star cruise ships, she remains in layup in Penang.

The success of Star in Asia led to the formation of Dream Cruises by Genting and the construction of the two 150,000 gross ton larger cruise ships as well as the transfer of a third cruise ship from Star to Dream Cruises to become the Explorer Dream. Those ships have been placed under the management of V Ships during the liquidation with World Dream laid up in Singapore and her sister ship Genting Dream is reportedly currently being moved from Hong Kong also to the Singapore anchorage. Like the Crystal Cruises ships, these ships are currently believed to be for sale as the liquidators work to resolve the finances of Genting Hong Kong.