Jonathan and Diana Toebbe, the Maryland couple who allegedly attempted to sell U.S. Navy submarine secrets to the government of Brazil, have refiled guilty pleas with a willingness to accept longer prison sentences. The new plea deals would see Jonathan Toebe in prison for at least 27 years and his wife for at least a dozen. 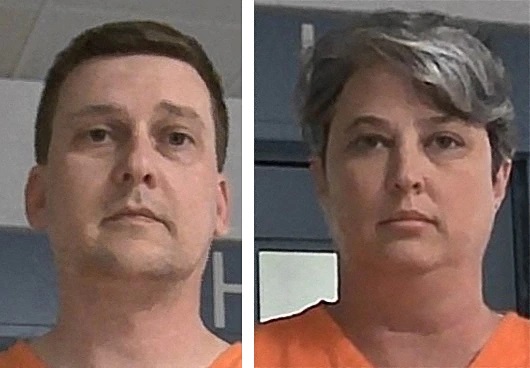 Jonathan Toebbe, an employee of the U.S. Navy's Naval Nuclear Propulsion Program, stands accused of trying to sell engineering data on the Virginia-class nuclear submarine to a foreign government (quietly identified as the government of Brazil). In a sting operation, an FBI undercover agent made arrangements with Toebbe for three separate "dead drop" transfers of data cards, each allegedly containing documents and diagrams related to the Virginia program. Jonathan's wife, Diana Toebbe, is accused of standing lookout duty during these clandestine meetings.

The Virginia-class submarine is the U.S. Navy's most modern attack sub, capable of ultra-quiet operation, high speed and long deployments. The nuclear reactor technology at its heart is one of the nation's most closely-guarded secrets. Disclosing so-called "restricted data" about a military nuclear program is a serious felony, and if convicted without a plea deal, the defendants could face up to life in prison.

The first set of plea deals they reached would have given Jonathan Toebbe about 12 years in prison, plus three for Diana Toebbe. Federal District Judge Gina Groh threw out these deals in August, noting that the agreed terms were less than the minimum federal sentencing guidelines for a violation of the Atomic Energy Act - and for Diana Toebbe, less than a low-level drug-dealing offense. Groh told federal prosecutors that she would not accept sentences below the guidelines' minimum.

In proposing relatively lenient sentencing for the Toebbes, prosecutors noted that all of the information that the couple had tried to transfer was classified as "Confidential" - one step below Secret and well below Top Secret. All of the information Jonathan Toebbe stole from the government has reportedly been recovered, along with a portion of the $100,000 in cryptocurrency that federal investigators paid him during the sting operation.

An earlier statement from the U.S. Navy's top sub commander, Vice Adm. William J. Houston, suggested that the attempted leak was serious despite the low level of classification. Vice Adm. Houston described data that the Toebbes conspired to transfer as "some of the most secure and sensitive information about our nuclear-powered fleet."