Silversea Cruises’ ship the Silver Spirit arrived in the Saudi Arabian port of Dhiba on August 23 as she prepares to become the next cruise ship to return to service. The luxury cruise ship will be operating as part of an effort to promote domestic tourism in Saudi Arabia.

The first cruise ship owned by the Royal Caribbean Group to return to service, the Silver Spirit arrived in the Saudi port to refuel after transiting the Suez Canal during her repositioning voyage from the Mediterranean. The schedule calls for her to embark the first passengers on August 27. She will be operating from the King Abdullah port on a series of 3- and 4-day cruises in the Red Sea with stops including the port of Yanbu. 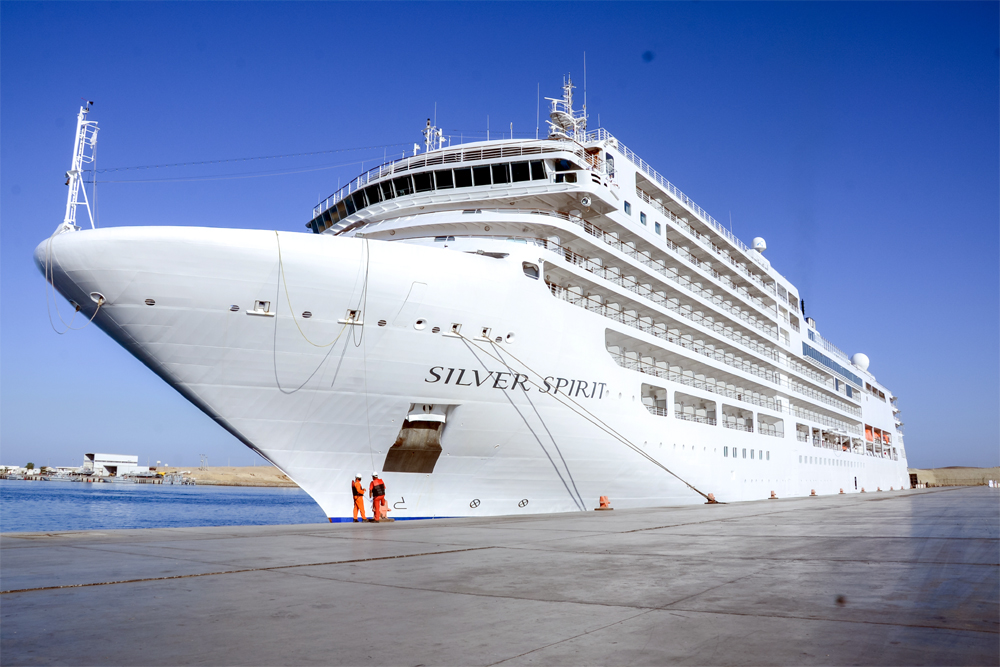 These unique summer cruises are part of a campaign organized by the Saudi Tourism Authority (STA) to encourage Saudi residents to explore domestic travel instead of international vacations due to the global pandemic. Reporting that more than half of all Saudis were concerned about international plane travel but that 85 percent still wanted a summer vacation, the STA launched its “Saudi Summer” campaign on June 25 to encourage domestic travel. The program lasts until September 30.

According to the STA, the cruises will highlight the wider array of natural and cultural sights on the Saudi Red Sea coast while also providing residents a safe summer travel option. The 39,500 gross ton cruise ship with just 300 suites was selected for the program because of her luxury styles and passenger amenities.

The cruises are only available to Saudi residents as the Kingdom continues to have travel restrictions on international travel due to the coronavirus.