Sembcorp Marine has completed work on the P-71, a giant new FPSO for the Santos Basin. It will soon be deployed on the Itapu field for Brazilian state oil company Petrobras.

“Despite pandemic-related challenges which affected the project over a period of 20 months, EJA successfully delivered the P-71 FPSO on schedule, cementing its status as a premier facility in Brazil capable of taking on full engineering, procurement, construction and commissioning work for large-scale offshore projects," said T. Guhan, the president of Sembmarine subsidiary Estaleiro Jurong Aracruz (EJA).

Itapu, discovered in late 2012 and fully owned by Petrobras, has an estimated resource of 1.3 billion barrels of oil. A first-stage test with the FPSO BW Cidade de Sao Vicente in 2016-18 produced 28,000 bpd of oil, paving the way for full-rate production at up to 150,000 bpd with the P-71. The new FPSO should be operational in 2023 and is expected to keep producing until 2050. 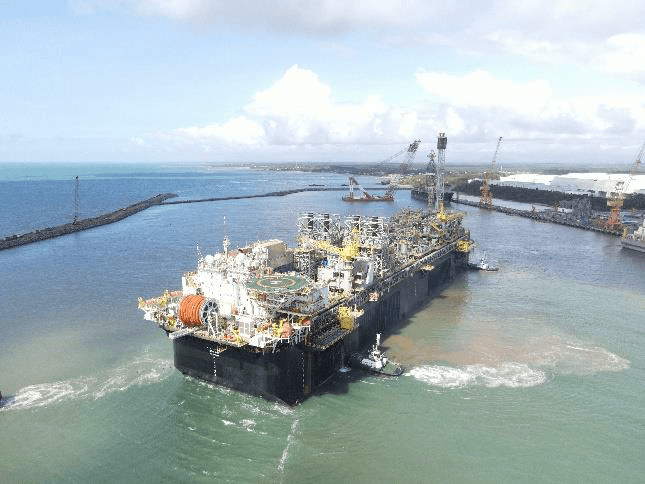 P-71 was originally built for the Tupi field, also in the Santos Basin, and Sembcorp modified it for use at Itapu. The amended contract for topside and hull modification added $175 million onto the base price of $350 million.

Given the swift pace of completion at EJA, Petrobras now expects that P-71 will be online ahead of schedule.

Sembcorp's latest FPSO for Petrobras will be a more complex project. The companies inked a $3 billion contract for a new 225,000 bpd unit, P-82, earlier this month. The new P-82 is destined for the ultradeepwater Buzios field, where Petrobras plans to install eight new FPSOs to boost total production from 600,000 bpd to two million bpd by 2030. In addition to oil, the FPSO will have 12 million cbm per day of gas processing capacity.