The U.S. Coast Guard is searching for the driver of a box truck that went over the side of the Chesapeake Bay Bridge-Tunnel on Tuesday morning. It was the second incident involving a truck running over the side on the bridge and tunnel complex since 2017.

According to the bridge's operator, the truck - a small two-axle box truck, not a tractor-trailer - went over at about 0820 hours on the northbound span of the twin bridge, on the north side of the tunnel segment. Witnesses reported seeing a man exit the truck and drift west.

When local police, fire and emergency medical services units arrived at the scene, the truck was still afloat between the two bridge spans, according to the Virginia Beach Fire Department. The bridge guardrail and the curb were damaged in the crash, and emergency repairs are under way. 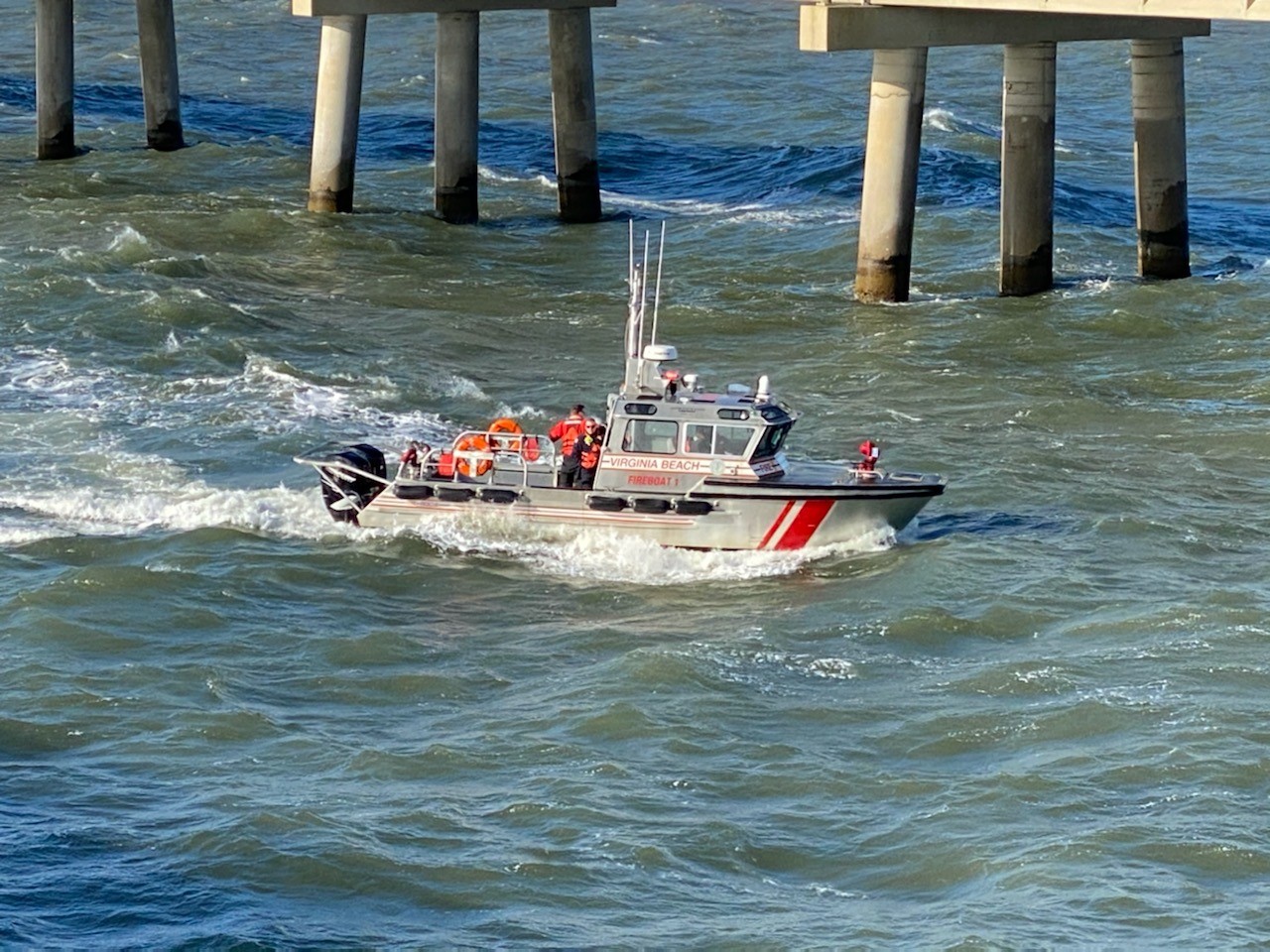 The U.S. Coast Guard Sector Virginia issued a broadcast to ask mariners to keep a lookout for the missing driver. It also dispatched a response boat, the cutter Hawk and a Jayhawk helicopter aircrew. The Virginia Marine Resource Commission dispatched additional boat crews, and local police and fire departments are conducting a shoreline search.

In February 2017, a tractor trailer went off the southbound span of the bridge in gusty winds. The driver managed to escape and climb on top of the still-floating vehicle's cab, and a U.S. Navy helicopter rescued him shortly after. He died of hypothermia during transport to the hospital and his widow filed suit against the bridge operator, alleging that trucks should not have been permitted on the bridge at the time of the incident due to the prevailing wind conditions. Wind speeds were lower at the time of Tuesday's incident, below the bridge's 40 mph maximum for truck traffic.