The South African Maritime Safety Authority (SAMSA) reported the successful conclusion of South Africa’s biggest sea rescue mission in over a decade. The 60 seafarers rescued off a remote South Atlantic island after their fishing vessel sunk arrived in Cape Town on October 26.

SAMSA reported that it was the end of a more than 3,000-mile journey for the seafarers, 47 of whom were South African citizens. Everyone was reported to be healthy and in good spirits, although two individuals had suffered minor injuries during the evacuations of the sinking ship to Gough Island in the South Atlantic.

The Belize flagged fishing vessel the Geo Searcher was over 1,600 miles west of South Africa working the water off the remote island when it struck a rock and began sinking at the stern on October 15. The crew, which numbered 62, was evacuated in life rafts and the ship’s small boats taking shelter at a weather station on Gough Island.

SAMSA through its Sea Watch and Rescue operation at the Maritime Rescue Coordinating Centre (MRCC) in Cape Town received the distress calls from the Geo Searcher. They coordinated the rescue operations with various state departments, including the Department of Environment, Forestry and Fisheries (DEFF), owners of the SA Agulhas II.

The SA Agulhas II, a polar research vessel, disembarked a group of passengers that were on board from a research mission and departed Cape Town late on October 15 to undertake the rescue. Captain Knowledge Bengu of the vessel told SAMSA that they encountered heavy seas and winds delaying their arrival at the remote island. It took the SA Agulhas II four days to reach Gough Island.

“Unfortunately, when we got to the island on October 20, the weather was unfavorable to conduct any flight operations," the captain told SAMSA. “We had to wait throughout the evening and we decided to call off the operation for the day. The following day, as soon as there was a weather opening,” the captain reported that the airlift began from Gough despite continuing challenges with the weather. It had been determined that the seas were too rough to transfer the crew by boat from the island. The airlift required more than two hours to complete.

Captain Bengu said in addition to rescuing the stranded seafarers, the SA Agulhas II also conducted an environmental inspection for oil spillage around the wreck of the sunken vessel before departing the area. They proceeded to Tristan da Cunha for a brief stop, where two residents from the rescued crew were returned home.

After a four-day voyage to return to Cape Town, the SA Agulhas II with the remaining 60 rescued seafarers berthed at Eastern Mole 1 at the port of Cape Town on the evening of October 26. After being cleared immigration and health inspections, the seafarers disembarked.

Captain Bengu described the 62 rescued seafarers as “most grateful and with full appreciation of the hospitality they received.” 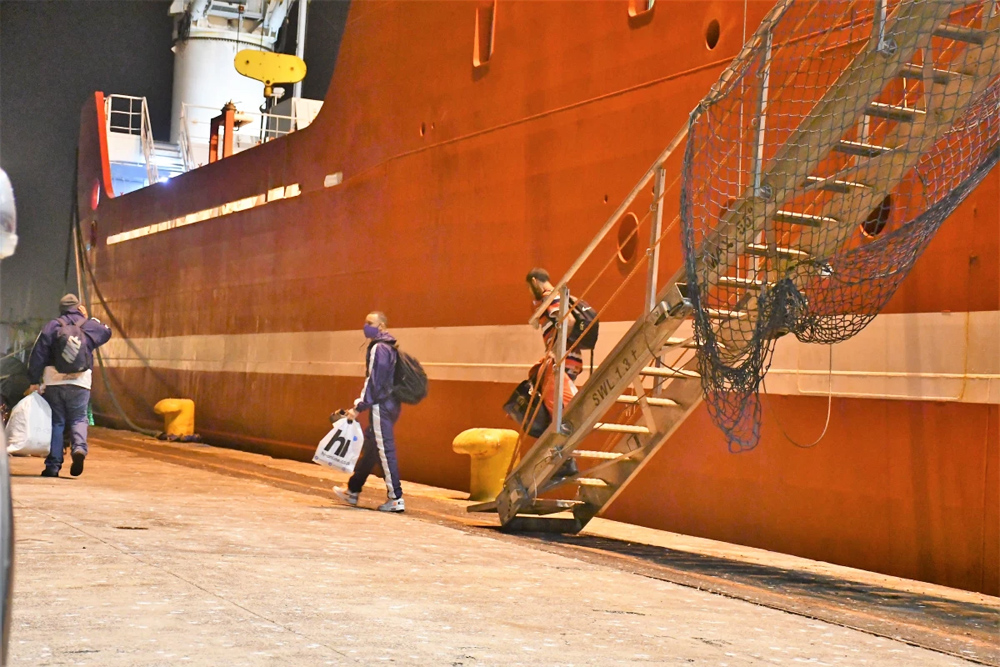 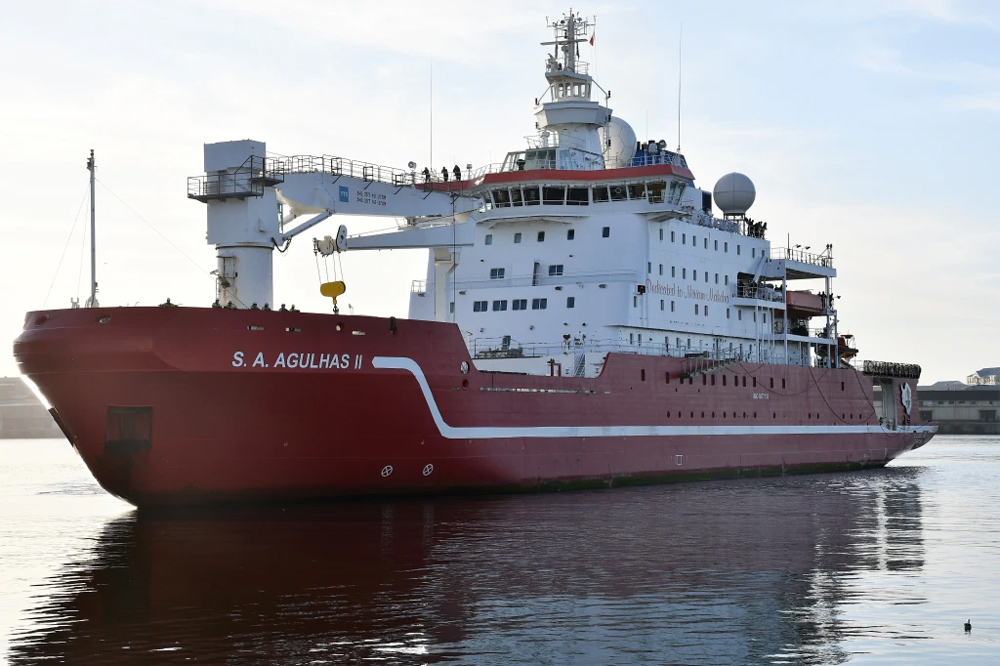 All photos courtesy of SAMSA