On Friday, Italy's Supreme Court of Cassation upheld the release of a German captain who defied official instructions and docked her ship at Lampedusa to offload rescued migrants. Capt. Carola Rackete, 31, allegedly collided with an Italian police vessel while docking, leading to her arrest. Prosecutors asserted that she intentionally rammed it, a charge which she denied.

"This is an important verdict for all sea rescue activists!" said Capt. Rackete in a statement. "No one should be prosecuted for aiding people in need. The EU directive on 'crimes of solidarity' needs reform." 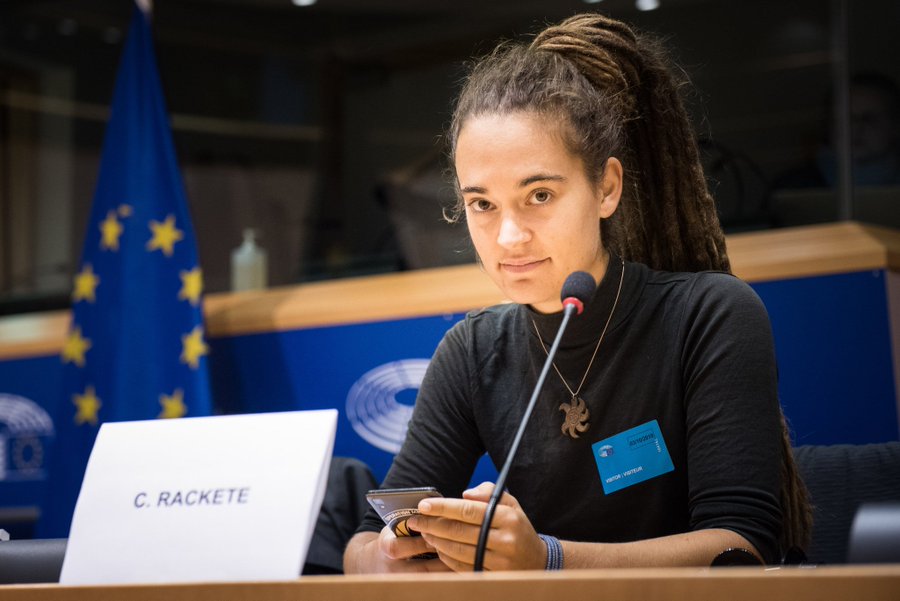 On June 29, 2019, Rackete defied the instructions of Italian border authorities and entered the port of Lampedusa in order to disembark 40 survivors from a sea rescue. At the time, then-interior minister Matteo Salvini had effectively banned all disembarkation of African marine casualty survivors on Italian shores, including Africans arriving aboard dedicated rescue vessels, merchant ships, naval vessels and the cutters of the Guarda Costiera.

For her actions, Rackete's vessel was seized, and she was charged with resisting orders and "violence against warships." However, within days, a regional court ordered her release, finding that Capt. Rakete was “doing her duty saving human lives" as required by UNCLOS. The Court of Cassation, Italy's highest appelate court, upheld that decision Friday.

Salvini - who has since been ousted from his post by former political partners - may soon face trial himself. If an Italian Senate panel lifts his immunity for actions taken while he was  minister, he will be prosecuted on kidnapping charges for preventing 131 migrants aboard the Italian Coast Guard vessel Gregoretti from coming ashore. The panel's vote is scheduled for Monday.