The Saudi-backed government of Yemen has captured the airport south of the Red Sea port of Hodeidah. The assault on the facility is a preliminary step in the coalition's plans to retake Hodeidah from Iranian-backed Houthi rebels, which have held the city since the early days of the Yemeni civil war in 2014.

The three-day fight for the airport resulted in at least 40 casualties on the Houthi side. The survivors have retreated into the city, and a house-to-house fight may follow as coalition forces advance.

Hodeidah's seaport handles about 70 percent of Yemen's imports, and it is key to the humanitarian relief effort for an estimated eight million Yemenis who are at risk of famine. The United Nations and aid NGOs have expressed concern that an assault on the port could interrupt the supply of basic goods to those in need. The World Food Programme warns that the escalation in fighting could result in up to 1.1 million people requiring emergency food assistance. "We need that port to stay open at any price," said UNICEF official Elias Diab, speaking to the New York Times. 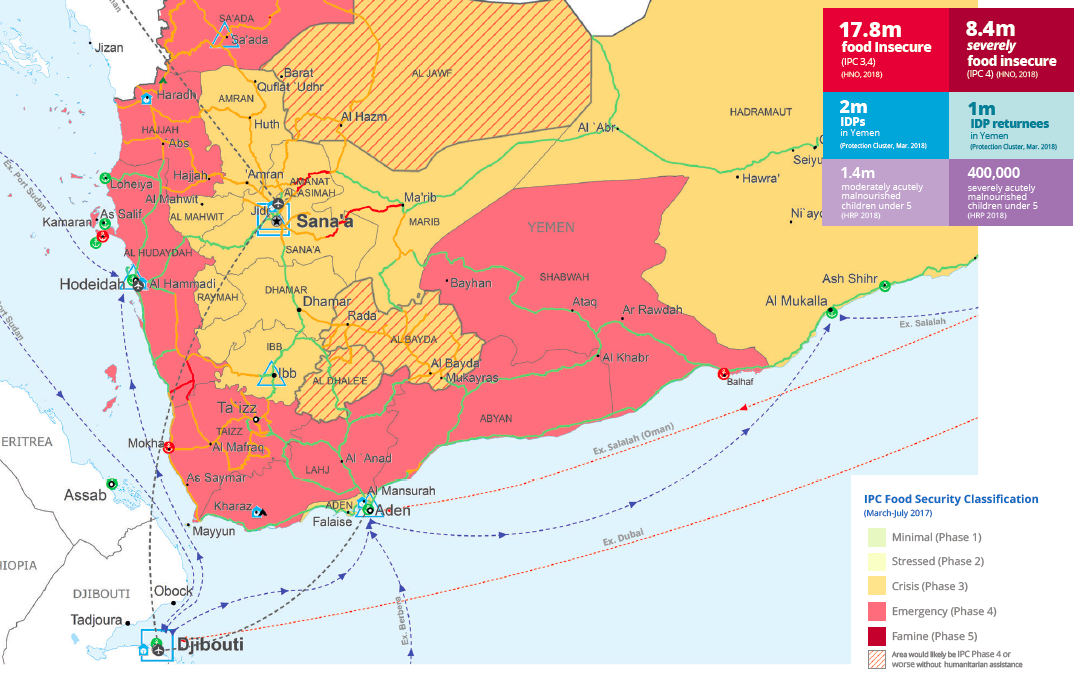 Brig. Gen. Abdu Majali of the coalition-backed Yemeni army told Sputnik that his ultimate goal is to retake the seaport. "The offensive continues. Our goal is the complete liberation of the city, the strategic goal is the liberation of the seaport," he said. His statement appeared to contrast with earlier coalition announcements: last week, Saudi spokesman Turki al-Maliki told regional TV network al-Hadath that “we will not fight a street war with the Houthis in Hodeidah city, for the safety of civilians."

As it advances, the coalition says that it has a five-point plan to avoid any disruption to the relief effort, including a preplanned logistics operation. "We have several ships stationed, and we have storage capacity very close to Hodeidah fully stocked up," said Reem Al Hashimy, the UAE minister of state for international cooperation, in a statement last week.

Amanda Catanzano, policy director for the International Rescue Committee, alleged that the UAE proposal to deliver alternative aid supplies is not realistic. “The so-called relief plan announced by the Arab coalition in Yemen must be seen for exactly what it is; a justification to launch an attack that will have catastrophic consequences," she asserted in a statement. "If the coalition is sincere in its efforts to protect Yemeni civilians, they would stop the attack and work with aid agencies in Yemen to increase access and security."