On Saturday, a salvage team from Donjon-SMIT raised the bow section of the capsized liftboat Seacor Power and loaded it onto a barge for transport to a scrapyard in Houma, Louisiana.

The wreck partially broke up after it capsized, and it is being removed in three parts. With the bow section removed, salvage crews are continuing work with acoustic surveys of the stern and accommodation sections. The updated surveys will be used to complete the rigging to prepare the stern section for removal; once the stern section is raised, the team will finish the preparation and removal of the accommodations section. 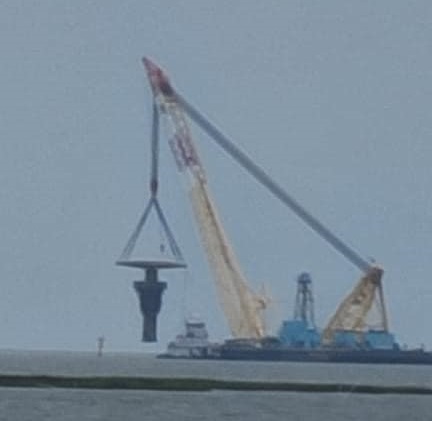 To ensure safety of operations, the unified command is closely monitoring the weather and adjusting the work schedule as needed, the Coast Guard said in a statement.

The USCG has implemented a one nautical mile safety zone around the site, and it has advised boaters that they could be placing themselves in danger by transiting through the area; debris and other underwater obstructions such as anchor wires, mooring ropes and navigational buoys may be present in the work zone.

The Seacor Power capsized and partially sank in heavy weather off the coast of Louisiana on April 13. Six people from the crew were rescued, one with serious injuries, and six bodies were later found in the water or aboard the vessel. Despite an extensive surface search launched by the United Cajun Navy and the U.S. Coast Guard, seven individuals remain unaccounted for, and their bodies may be within the wreck. 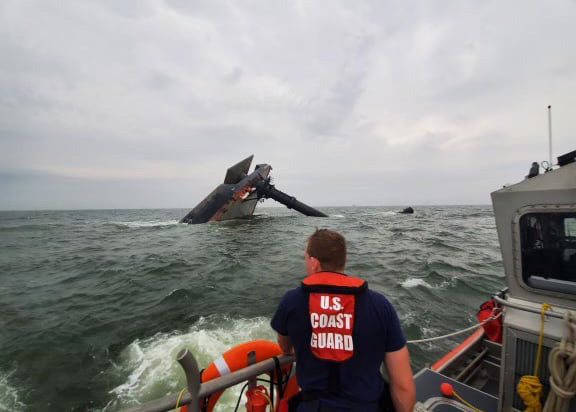