On Sunday, Russian state media claimed that the Russian military has attacked another civilian vessel near Ukrainian waters. The incident is at least the seventh Russian attack on merchant shipping reported since the start of the invasion in February.

In a statement carried by Russian state-owned outlet TASS, Russian Defense Ministry Spokesman Igor Konashenkov claimed that a patrol vessel of the Russian Navy's Black Sea Fleet opened fire on and damaged the bulk carrier Apache in the Sea of Azov.

"A warship and border patrol ships of the Black Sea Fleet opened artillery fire in the path of the intruder vessel to stop its movement. A direct hit set on fire the stern of the vessel," Konashenkov said.

Her AIS signal was received only intermittently during her time in the Sea of Azov, and it was last detected on the day of her departure. It provides no indication whether she attempted to enter Mariupol, but she would have had to pass within about 20 nm of the contested seaport in order to return to the Black Sea.

In a separate statement, the Russian ministry of defense claimed that the Apache was attempting to evacuate the leaders of Ukraine's Azov Batallion from Mariupol's waterfront, where heavy fighting has been reported. The ministry falsely claimed that the Turkish-owned, Maltese-flagged bulker is a Ukrainian vessel.

The Azov Batallion is a far-right military unit that figures prominently in Russian "denazification" propaganda about Ukraine's leadership. The unit has played a key role in the defense of Mariupol, and has held out against the invading force for more than a month. 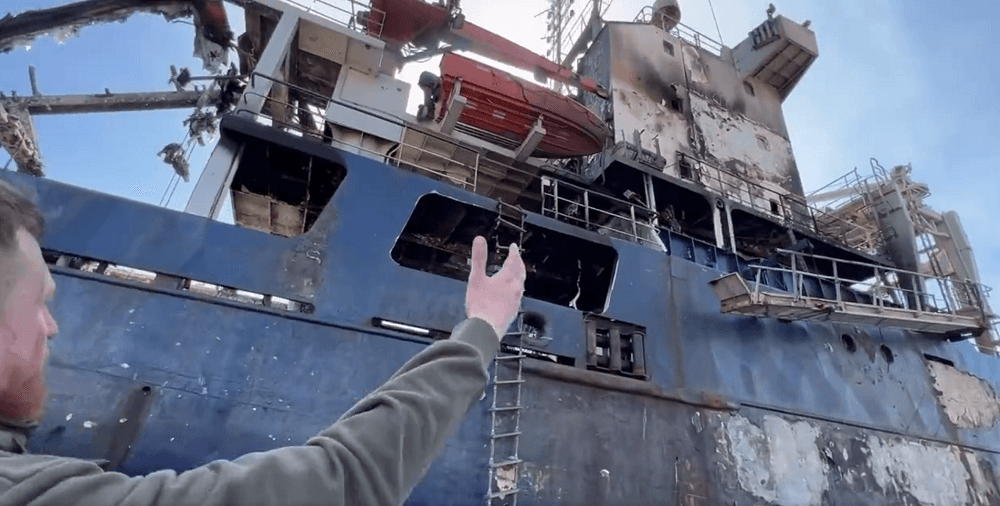 Recent media reports indicate that Russian troops are removing seafarers from the foreign merchant ships berthed at Mariupol and taking them into Russian-held territory; it is unclear whether the evacuation is voluntary.

“Military personnel of Russia’s Armed Forces and the DPR have de-blockaded 47 crew members from Russia, Azerbaijan, Egypt and Ukraine, who were holed up on board of the ships,” Russian-aligned separatist forces claimed in a statement to Russian state media on Sunday.

Ukrainian civilians from Mariupol and other Russian-occupied areas have also reported deportations to sites in Russia. The Russian government denies that it is conducting a campaign of forced removals from Ukraine, but it has acknowledged that it is in possession of thousands of Ukrainian citizens.

“Reports indicate that Russian federal security agents are confiscating passports and IDs, taking away cellphones, and separating families from one another,” said U.S. ambassador to the UN Linda Thomas-Greenfield on Tuesday. “I do not need to spell out what these so-called 'filtration camps' are reminiscent of. It’s chilling, and we cannot look away.”