The launching ceremony of the research vessel took place at the Sredne-Nevsky shipyard. A catamaran built of composite materials, the Pioneer-M is approximately 85 feet long and displaces 114 tons. The vessel uses an integrated control system and is designed to interact with marine mobile research laboratories. It will have a maximum speed of 10 knots and can operate autonomously for five days with a cruising range of 500 miles.

“The launching of the Pioneer-M research vessel is a landmark event in the Year of Science and Technology,” said Deputy Prime Minister of the Russian Federation Dmitry Chernyshenko. “This project was developed by students from seven of the country's universities and is a clear example of cooperation between higher education, science, and industry.” 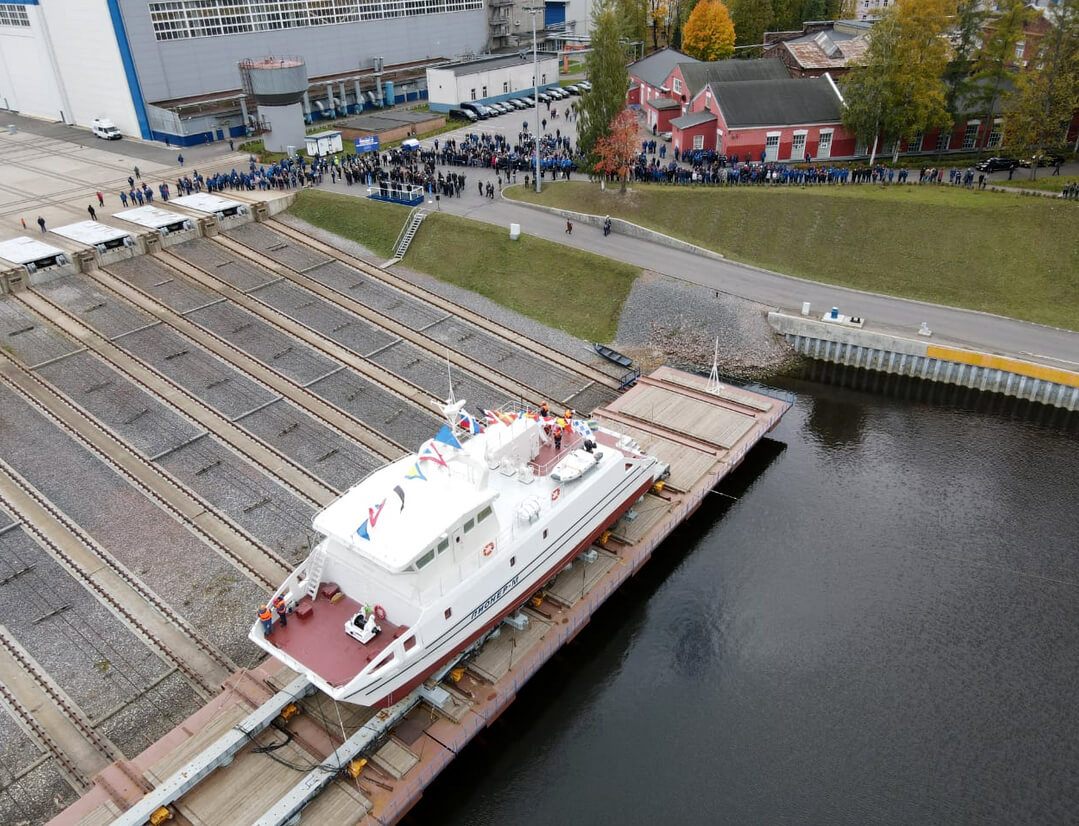 The Pioneer-M is being built for the Sevastopol State University. Teams of the country's leading shipbuilding universities, including in St. Petersburg, Kaliningrad, Arkhangelsk, Nizhny Novgorod, Kazan, and Vladivostok, proposed ideas for the ship working in collaboration with the Zvezdochka Ship Repair Center as a strategic partner. An inter-university student team led by teachers and mentors from the United Shipbuilding Corporation created the concept of the R/V Pioneer-M.

“We see this vessel in the near future as an unmanned vehicle on the water,” said the head of the USC Alexei Rakhmanov. “The corporation is gradually introducing automated systems, the appearance of which brings us closer and closer to the era of unmanned navigation. This is not only the minimization of costs in the construction of ships, cheaper transportation, but also a decrease in the environmental load on the water areas of rivers and seas.”

The research vessel is currently being outfitted at the shipyard. The plan is to operate the vessel year-round in the waters of the Black and Azov Seas.