Russia's Admiralty Shipyard has launched one of the most unusual ships to go down the ways in 2020. The future Severnyy Polyus (North Pole), also known as Project 00903, is as much a floating installation as it is a self-propelled vessel. The bulbous ship is designed to the Russian Arc8 ice class standard, one step down from the top Arc9 rating, and it is intended for multi-year drifting deployments in very high latitudes.

Steel cutting for the one-of-a-kind project began in late 2018. Its hull is shaped to reduce ice pressure by deflecting it downwards, much like the Arctic drilling rig Kulluk, a bowl-shaped floating platform designed to ride up over encroaching ice. Unlike Kulluk, Project 00903 has its own propulsion and is intended to self-deploy through heavy ice, without an icebreaker escort.

The $100 million ship will be operated by the Federal Service for Hydrometeorology and Environmental Monitoring and the Russian Arctic and Antarctic Research Institute. It will deploy for up to two years at a time as a floating research platform, resupplied with goods and personnel by helicopter and by icebreaker. 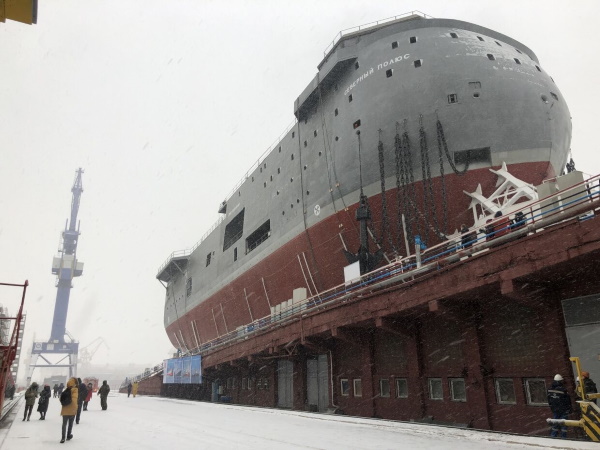 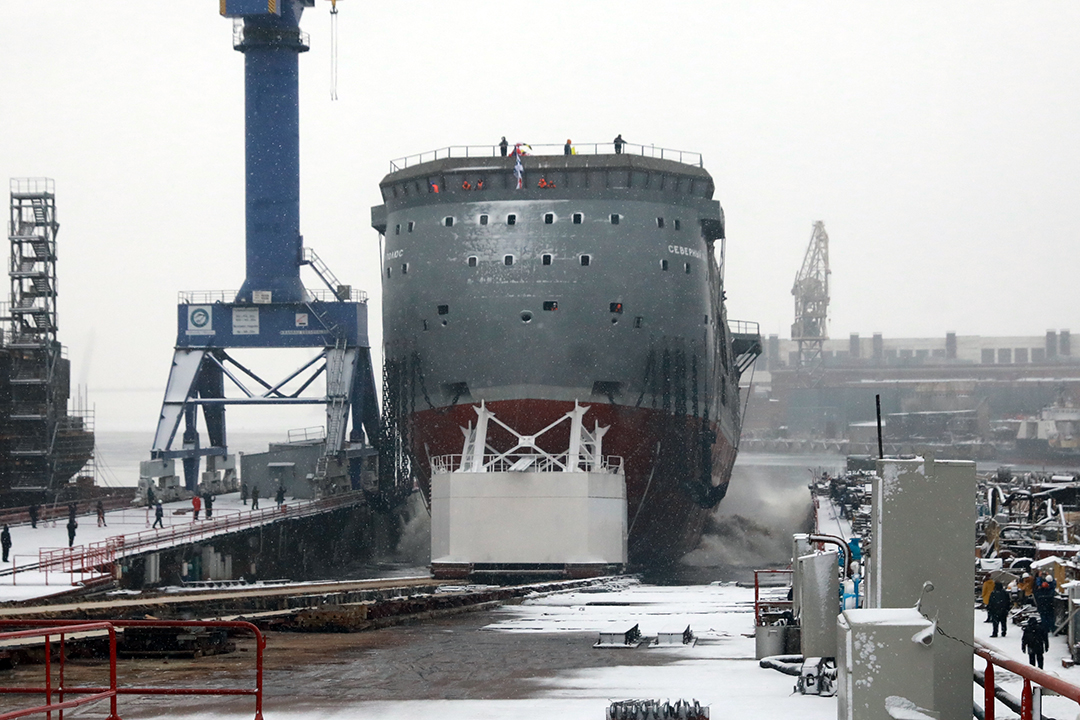 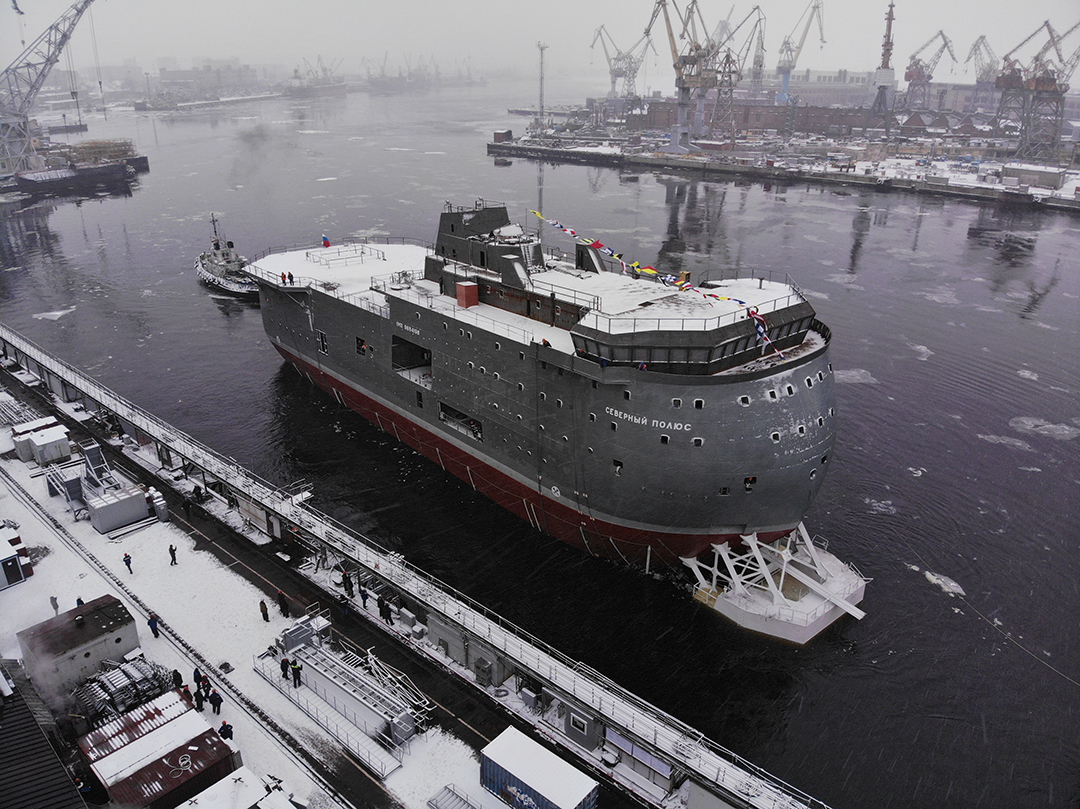 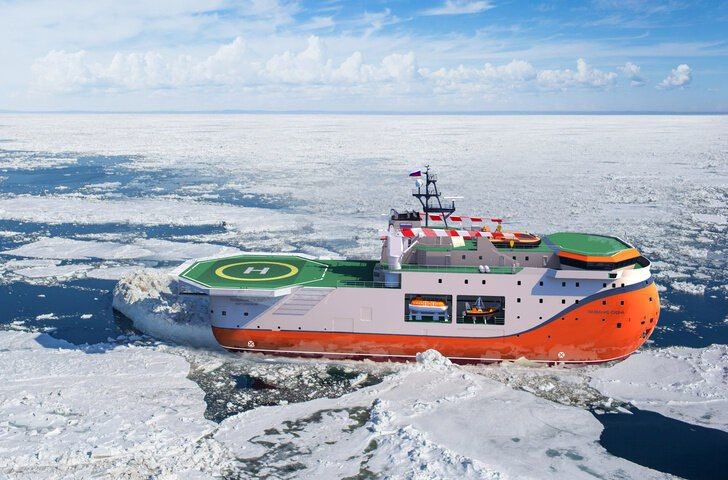 According to Roshydromet, the Severnyy Polyus will restore a capability that the agency lost in 2013, the last year it was able to find ice stable enough to support drift expeditions with scientists camped out on ice floes. With 15 laboratory spaces and a full range of sensors for geological, acoustic, geophysical and oceanographic research, the vessel will give the agency's staff a long-term platform for ocean monitoring and experimentation.

"For high-quality forecasts, we need constant data from the Central Arctic. It is especially important that scientists will soon be able to obtain this data, being in comfortable conditions on the ship, and not in a tent on the ice," said Roshydromet in a statement.

The vessel's completion and commissioning is scheduled for 2022.