At least 49 people have been killed and 300 injured since a fire broke out at a container depot near the port of Chittagong, Bangladesh on Saturday night.

The blaze started at a privately-operated container storage site in Sitakunda Upazila, north of Chittagong, at about 2100 hours Saturday. At about 2345, multiple explosions followed, including some that were heard miles away.

A huge blast in Sitakundu, Chittagong happened in the mid of the night. The fire broke out at the BM Container Depot at Bhatiari around 11pm and several containers of chemicals exploded. Kindly come forward in cooperation in the best possible way. #PrayForChittagong pic.twitter.com/ipIpFULBGR

According to Al Jazeera, the extreme danger of the fire came from a cargo of hydrogen peroxide. Concentrated hydrogen peroxide is a powerful oxidizing agent, and while it is not flammable itself, it accelerates the combustion of other materials.

Firefighters who first responded to the scene were not aware that the container depot had dangerous chemicals on site, and they believed that they were fighting a small fire, a spokesperson for the Bangladesh Red Crescent told Al Jazeera. At least eight firefighters are among the dead, according to local media, and at least one more is in critical condition with burn wounds. 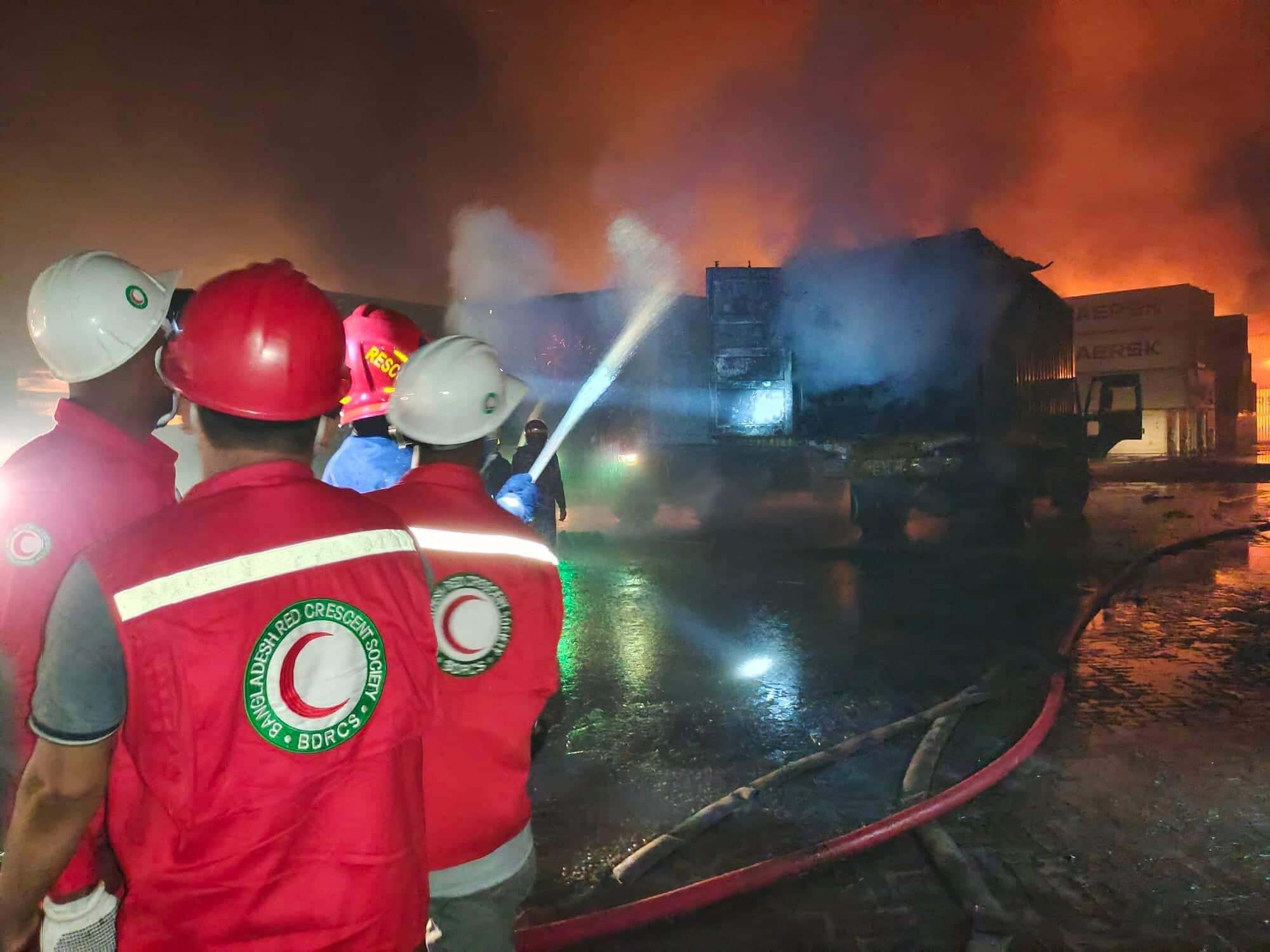 There were about 5,000 containers at the site, enough material to fuel the blaze through Sunday. Military firefighters have joined the effort to suppress the fire.

Chemical fires have been a major problem for container shipping for many years, particularly when the chemical cargo is misdeclared. Some dangerous-goods cargoes - particularly bleaching agents like calcium hypochlorite - are notorious for spontaneously decomposing and heating up while in storage, potentially leading to fire and explosion. The most notorious shipboard fire in recent years - the massive blaze that swept through the forward hold of the Maersk Honam in 2018 - was likely caused by the decomposition and self-heating of a dangerous chemical cargo, according to the Transport Safety Investigation Bureau of Singapore.