The St. Simons Sound Incident Response Unified Command reports that the rudder and propeller were successfully removed from the capsized car carrier Golden Ray on Friday. Crews worked over the past week to complete the operation which was hampered by adverse weather conditions at times.  The removal of approximately 130 tons of weight will help reduce stresses to the hull of the wreck.

Portions of the ship that were removed are being donated to the State of Georgia for use as artificial reefs in areas designated by the Georgia Department of Natural Resources.

The 20,000 dwt Golden Ray partially capsized on September 8 while heading outbound from the Port of Brunswick with 4,200 vehicles on board. The pilot aboard the Golden Ray, Capt. Jonathan Tennant, deliberately grounded the vessel in response to a reported fire on board. All crewmembers were rescued safely, though it took about 30 hours to free four crewmembers who were trapped in the vessel's engine room. The investigation into the cause of the casualty continues.

Salvors have already removed more than 320,000 gallons of oil and water mixture from the vessel.

Details plans for the remainder of the salvage are yet to be released, but the Unified Command is seeking proposals for the construction of a barrier to protect the environment while the wreck is disassembled. The whole project could take around a year. 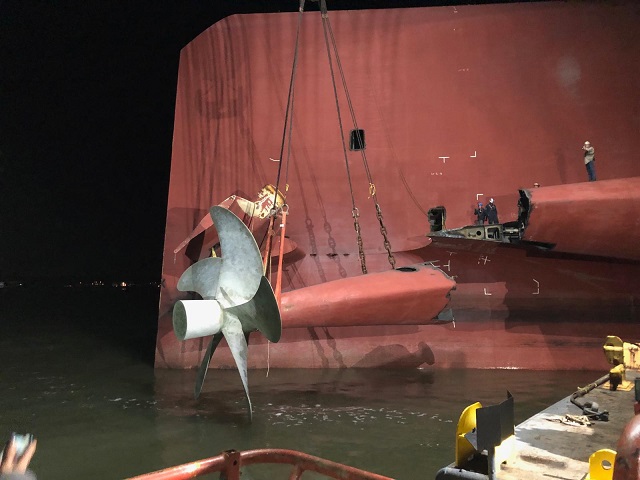 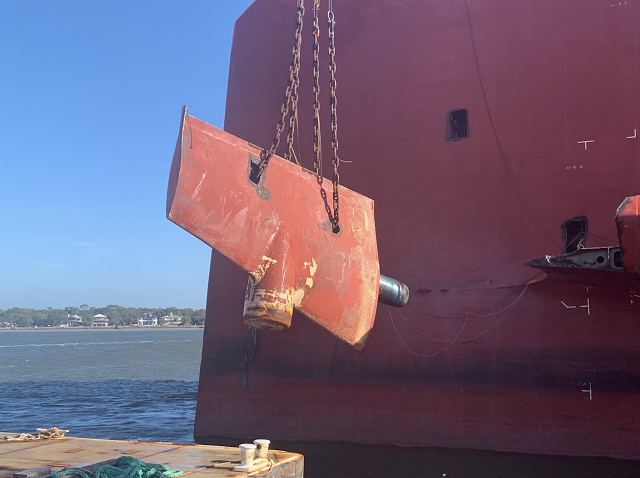