Britain’s Royal Navy reported that it was keeping a close watch on Russian vessels that are apparently seeking shelter along Scotland’s east coast. For the second time this month, the Royal Navy has spotted Russian vessels operating along the Scottish coast.

The current group of vessels is no ordinary ships either according to the British reports.  The patrol ship HMS Tyne reported that it is monitoring two warships and “an intelligence gathering vessel” that have taken refuge in the Moray Firth. While in the area they are undertaking replenishment operations with their supporting tanker.

“HMS Tyne routinely shadows Russian warships transiting in and around the UK’s waters,” said HMS Tyne’s Executive Officer, Lieutenant Nick Ward. “This operation, like many others, again demonstrates that the Royal Navy stands ready to protect the UK’s sovereignty every day of the year, in any weather.”

The Russian Navy ships sailed into to shelter from rough weather as they traveled through the North Sea close to UK territorial waters. There, Tyne kept a close eye as they refueled ahead of continuing with their journey. 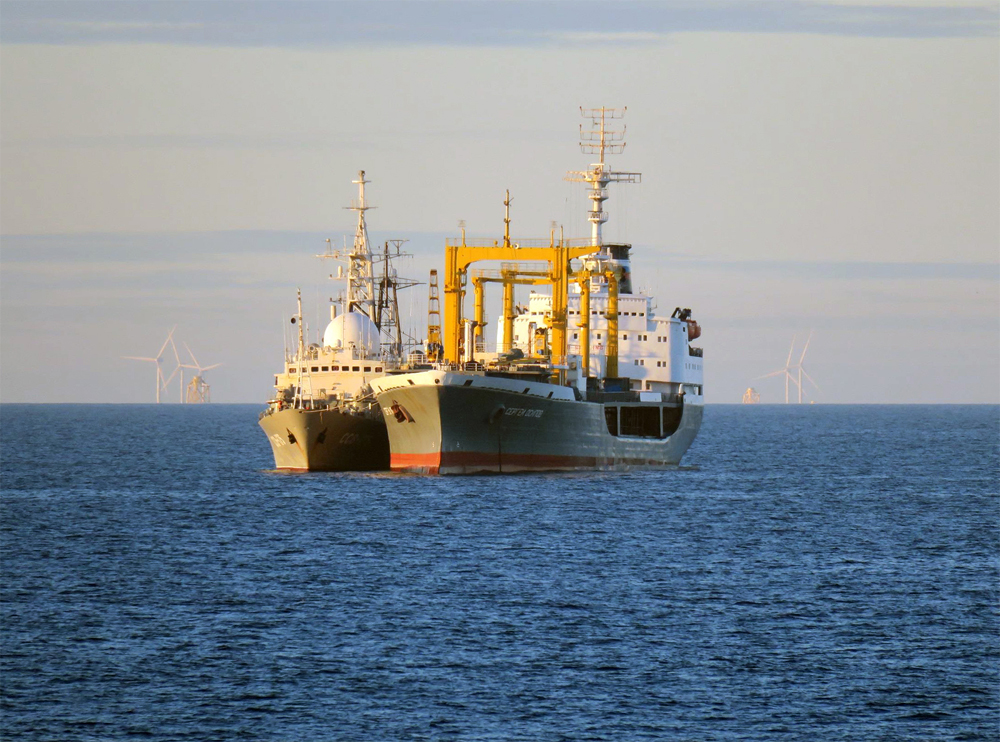 It is the second time this month that the Royal Navy monitored Russian ships in the same area. Ten days ago, the Russian intelligence-gathering vessel Viktor Leonov and her supporting tanker Sergey Osipov also were seen sailing around the Moray Firth. Again, the patrol ship HMS Tyne was sent to monitoring the actions

According to the Royal Navy’s observation, the Russian vessels were sheltering from a storm and carried out replenishment operations, before the Osipov left UK waters.

“It was apparent these two ships were making use of the shelter from the high winds and inclement seas of Storm Aiden. Tyne remained close by to monitor their activity,” said Lieutenant Justin Shirtcliff, the ship’s operations officer.