Russian state oil company Rosneft is constructing a new Arctic seaport on the Kara Sea, part of a multibillion-dollar program to extract oil and gas from the remote Taymyr region.

The new Port of Bukhta Sever is located in a semi-enclosed bay at the mouth of the Yenisei River, about 20 nm from the town of Dikson, the northernmost settlement on the Russian mainland. At 73 degrees North, Dikson gets no daylight between December and January, and its average temperature is below freezing for eight months of the year.

The port for Rosneft's Vostok Oil project is under construction now, using 150,000 tonnes of material delivered during the summer navigation season. The initial effort is focused on building a 1,300 meter-long multipurpose pier, which will be used to bring in cargo and equipment for the rest of the project. Once the cargo pier is finished, work will shift to constructing tanker berths, which will be designed to handle up to 200 million barrels of light crude per year at peak production.

Rosneft plans a new fleet of 50 ice-classed tankers to handle the export volume, and its operation will dramatically increase the quantity of oil transported in Arctic waters. 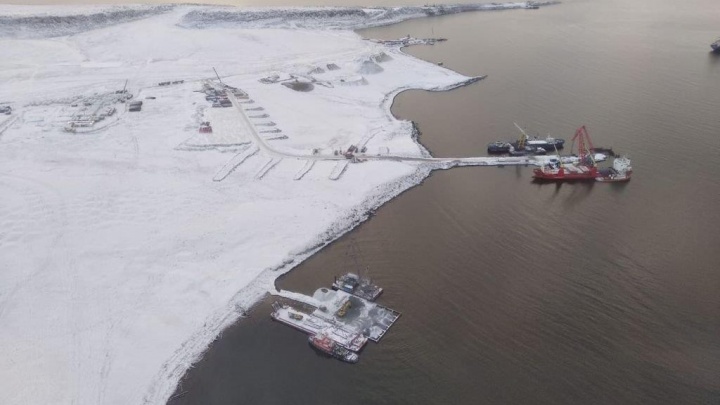 There will also be plenty of breakbulk cargo to handle: Rosneft expects that over the course of the project, it will build three airports, 15 towns, two gigawatts of power generating capacity, 2,200 miles of power lines and 500 miles of pipeline.

Vostok Oil may be hidden out of sight in the Siberian Arctic, but it is one of the world's largest new oil and gas projects. Rosneft's many oilfield discoveries in the new region total to about 45 billion barrels of sweet crude, and the oil has extremely low sulfur levels, about 0.01 to 0.04 percent. Low-sulfur crude has a higher value, and it is in demand for use in making ultra-low sulfur diesel (ULSD) and very-low sulfur fuel oil (VLSFO).

Energy traders Vitol, Mercantile & Maritime Group and Trafigura have taken minority stakes in the project, and Rosneft is said to be in conversation with Indian state-owned ONGC and Indian Oil about additional equity partnerships.