The administrator of the Marshall Islands flag registry has released its final report on the loss of the Stellar Banner, the very large ore carrier (VLOC) that grounded off Ponta da Madiera, Brazil in early 2020. Investigators determined that Stellar Banner's master bore primary responsibility for the grounding because he decided to deviate from the vessel's planned route, taking the ship through an area of lightly-surveyed sandbanks.

At 1440 hours on February 24, 2020, the Stellar Banner got under way from the Ponta da Madiera terminal with a full load of iron ore. She was drawing about 22.2 meters, including heeling and squat effects at five knots.

Stellar Banner left the pier about 50 minutes late, which meant that she would pass over a sandbar at the channel entrance after peak high tide. Company ships had measured the channel through the sandbar at 23 meters with their echo sounders, and Admiralty sailing directions confirmed that the channel depth was maintained at 23 meters MLLW, but the charts showed an 18 meter shoal. The second mate prepared the route assuming a 23 meter depth and ample under-keel clearance. 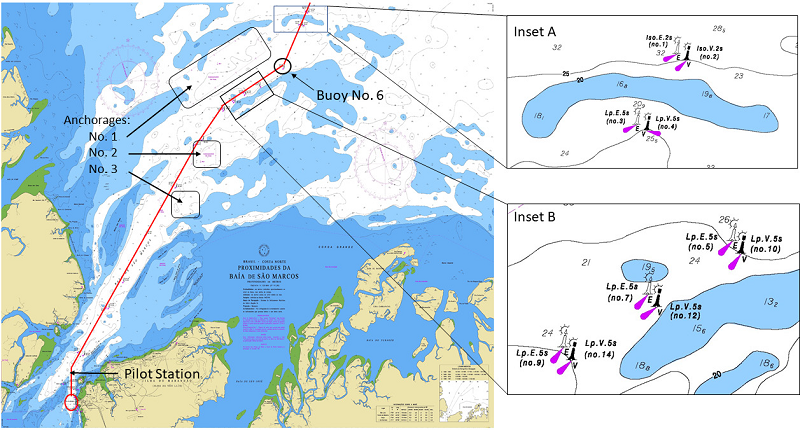 Inset A shows the charted sandbar across the channel entrance, between the 1 and 3 buoys. No dredged channel is shown (Marshall Islands / IRI)

The transit was uneventful until 2030 hours, when the master decided to exit the navigational channel, heading northeast through a gap in charted sandbanks at about 10 knots. At that speed, the investigators calculated that Stellar Banner's dynamic draft would have been about 23.5 meters due to the effects of squat.

The alternate route that the master selected was never plotted on the ECDIS or on the paper chart, as required by the company's SMS procedures. The officer of the watch - who was also on the bridge and plotting positions - was not informed of the intended course. 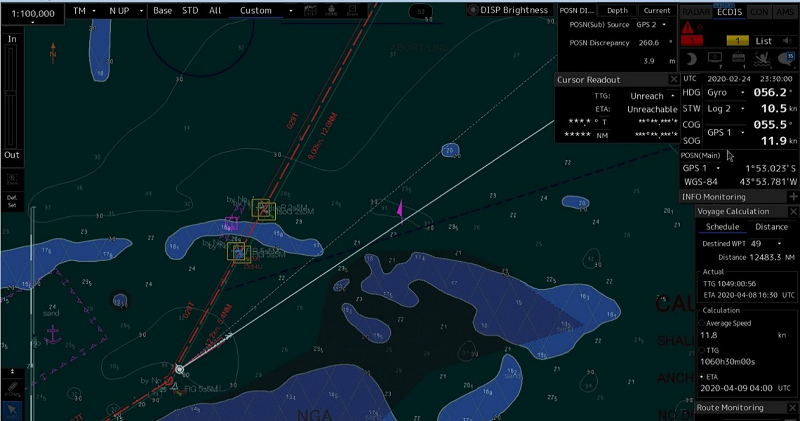 The master later told investigators that he picked the course in order to head through deeper water and avoid the charted sandbar across the channel, since the ship was behind schedule and would not arrive at the sandbar at high tide. Historical AIS data shows that his alternate route was not a new invention: it had been commonly used by bulkers of all sizes, including a dozen VLOCs like Stellar Banner.

At about 2128-2129, roughly one hour after the course deviation, the ship's speed slowed down suddenly from 11-12 knots to about nine knots. The crew reported vibration; multiple bilge and tank alarms sounded; and the echo sounder displayed a null value (loss of signal or too shallow to measure). The ECDIS showed that Stellar Banner was about one nm from a charted shoal, as the master had planned; however, the paper chart showed that her position was on the wrong side of a 20-meter contour line.

The master ordered the crew to prepare to anchor and sound the tanks. Soundings indicated flooding in the double bottom centerline void, the number 1 and 2 starboard ballast tanks and the forepeak void.

The shipowner was informed, and overnight, the owner consulted with the ship's class society to carry out damage stability calculations. Class advised an intentional grounding to prevent the vessel from going down. The master ran the vessel onto a nearby shoal at about 0600 on the morning of the 25th, and the crew abandoned ship onto a salvage vessel at about 2300 that night. 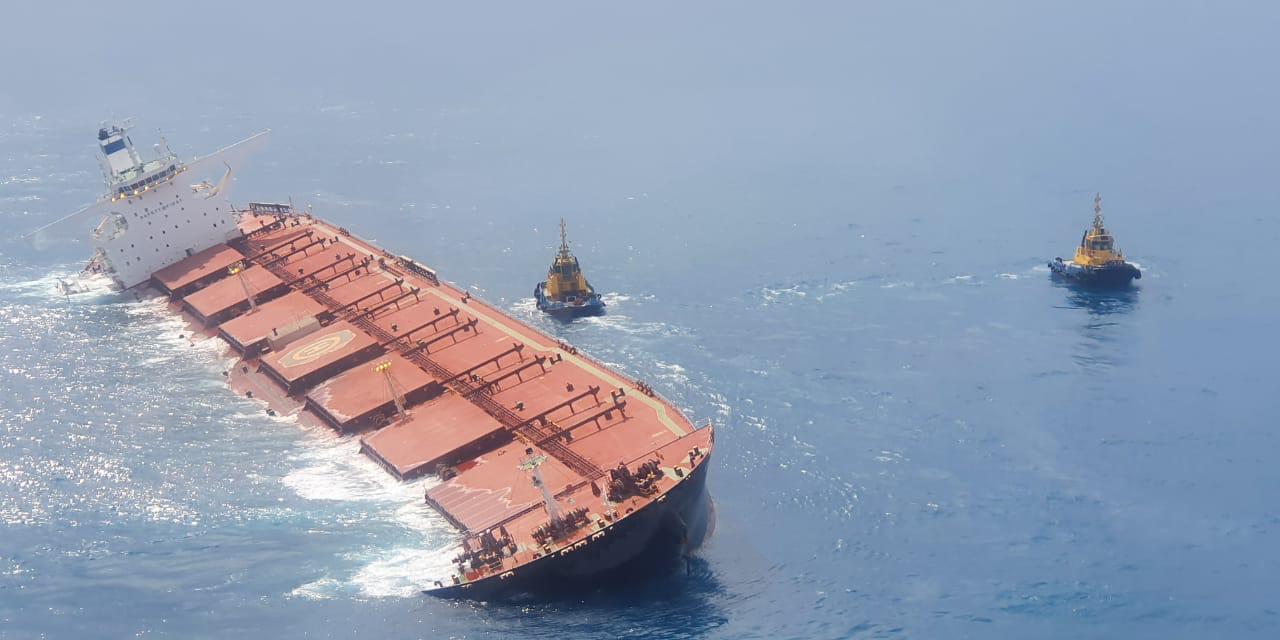 Stellar Banner took on a heavy list as flooding continued, and over the days and weeks that followed, the water penetrated into all of her cargo holds. She was de-fueled and her cargo was lightered off, and at the end of May, after a complex and costly effort, she was successfully refloated. Class conducted a survey and found that the damage to the hull was extensive, with severe deformation and cracking. Stellar Banner was declared a constructive total loss, and the ship was towed to deep water and scuttled.

The investigators found that the master's decision to depart the planned course was the primary cause of the grounding. Post-accident calculations found that the vessel would have had ample under-keel clearance along her original, planned route, and the deviation was unneccesary.

In addition, the master's failures to alert the officer of the watch to the change in course or to plot the new course on the ECDIS or the paper chart were significant bridge resource management failures.

The responsibility was also shared amongst the bridge team. Neither the officer of the watch nor the second officer - who returned to the bridge before the grounding - asked the captain why he had left the navigational channel. There was no indication that the officer of the watch was conducting his own assessment of navigational hazards and providing advice to the master, nor did it appear that any member of the bridge team had attempted to analyze the significant difference in charted depth contours between the ECDIS and the paper chart for the vessel's new course.

"The apparent lack of information sharing between the Master and the OOW prevented them from having good overall situational awareness regarding where the ship was, where it was heading, and whether it was approaching any potential hazards to navigation," the investigators concluded.

The charts for the area have been updated to include a small shoal near the end of Stellar Banner's ill-fated trackline.