Remembering the Tomb of the Unknown Soldier

The annual 151st National Memorial Day Observance to honor America’s fallen military service members will take place on Memorial Day, May 27, at Arlington National Cemetery and will include a wreath-laying ceremony at the Tomb of the Unknown Soldier.

The Tomb of the Unknown Soldier at Arlington National Cemetery stands atop a hill overlooking Washington, D.C. On March 4, 1921, Congress approved the burial of an unidentified American soldier from World War I in the plaza of the new Memorial Amphitheater.

The white marble sarcophagus has a flat-faced form and is relieved at the corners and along the sides by neo-classic pilasters, or columns, set into the surface. Sculpted into the east panel which faces Washington, D.C., are three Greek figures representing Peace, Victory, and Valor. The six wreaths, three sculpted on each side, represent the six major campaigns of World War I. Inscribed on the back of the Tomb are the words:

The Tomb sarcophagus was placed above the grave of the Unknown Soldier of World War I. West of the World War I Unknown are the crypts of unknowns from World War II, Korea and Vietnam. Those three graves are marked with white marble slabs flush with the plaza.

The Unknown of World War I

On Memorial Day, 1921, four unknowns were exhumed from four World War I American cemeteries in France. U.S. Army Sgt. Edward F. Younger, who was wounded in combat, highly decorated for valor and received the Distinguished Service Medal in "The Great War, the war to end all wars," selected the Unknown Soldier of World War I from four identical caskets at the city hall in Chalons-sur-Marne, France, Oct. 24, 1921. Sgt. Younger selected the unknown by placing a spray of white roses on one of the caskets. He chose the third casket from the left. The chosen unknown soldier was transported to the United States aboard the USS Olympia. Those remaining were interred in the Meuse Argonne Cemetery, France.

The Unknown Soldier lay in state in the Capitol Rotunda from his arrival in the United States until Armistice Day, 1921. On Nov. 11, 1921, President Warren G. Harding officiated at the interment ceremonies at the Memorial Amphitheater at Arlington National Cemetery. 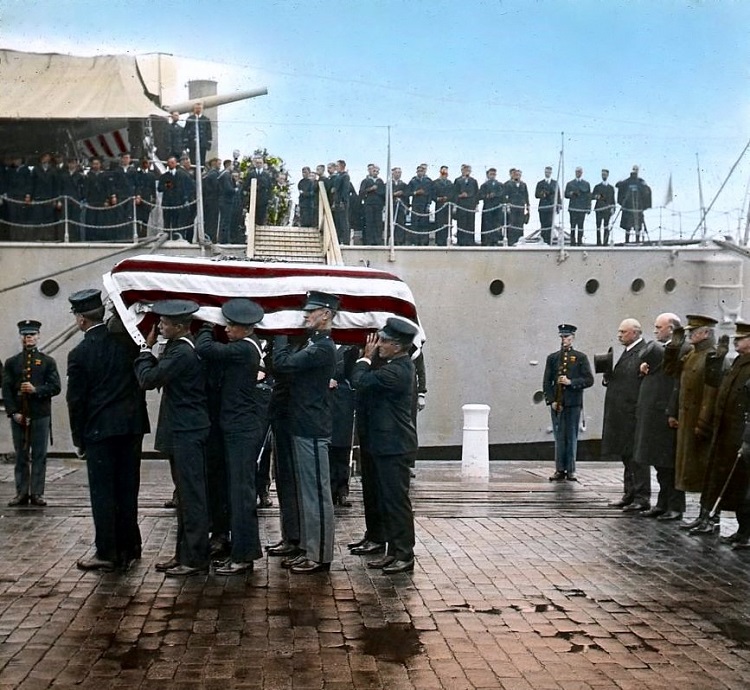 The World War I Unknown arriving at the Washington Navy Yard, 1921.

The Unknown of World War II and Korea

On Aug. 3, 1956, President Dwight D. Eisenhower signed a bill to select and pay tribute to the unknowns of World War II and Korea. The selection ceremonies and the interment of these unknowns took place in 1958. The World War II Unknown was selected from remains exhumed from cemeteries in Europe, Africa, Hawaii and the Philippines.

Two unknowns from World War II, one from the European Theater and one from the Pacific Theater, were placed in identical caskets and taken aboard the USS Canberra, a guided-missile cruiser resting off the Virginia capes. Navy Hospitalman 1st Class William R. Charette, then the Navy's only active-duty Medal of Honor recipient, selected the Unknown Soldier of World War II. The remaining casket received a solemn burial at sea. 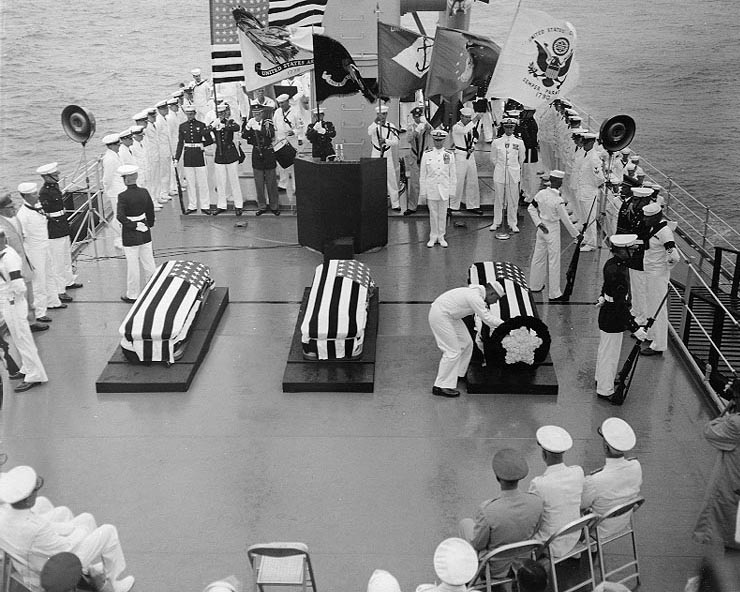 Four unknown Americans who died in the Korean War were disinterred from the National Cemetery of the Pacific in Hawaii. Army Master Sgt. Ned Lyle made the final selection. Both caskets arrived in Washington May 28, 1958, where they lay in the Capitol Rotunda until May 30.

That morning, they were carried on caissons to Arlington National Cemetery. President Eisenhower awarded each the Medal of Honor, and the Unknowns were interred in the plaza beside their World War I comrade.

The Unknown of Vietnam

The president also acted as next of kin by accepting the interment flag at the end of the ceremony. The interment flags of all Unknowns at the Tomb of the Unknown Soldier are on view in the Memorial Display Room. The Memorial Bridge leading from Washington, D.C., to Virginia was lined with a joint-service cordon as the remains of the Vietnam War Unknown were taken by motor escort to Arlington National Cemetery for interment in the Tomb of the Unknown Soldier.

The remains of the Vietnam Unknown were exhumed May 14, 1998. Based on mitochondrial DNA testing, DoD scientists identified the remains as those of Air Force 1st Lt. Michael Joseph Blassie, who was shot down near An Loc, Vietnam, in 1972. It has been decided that the crypt that contained the remains of the Vietnam Unknown will remain vacant. The crypt cover has been replaced with one that has the inscription “Honoring and Keeping Faith with America’s Missing Servicemen, 1958-1975.” 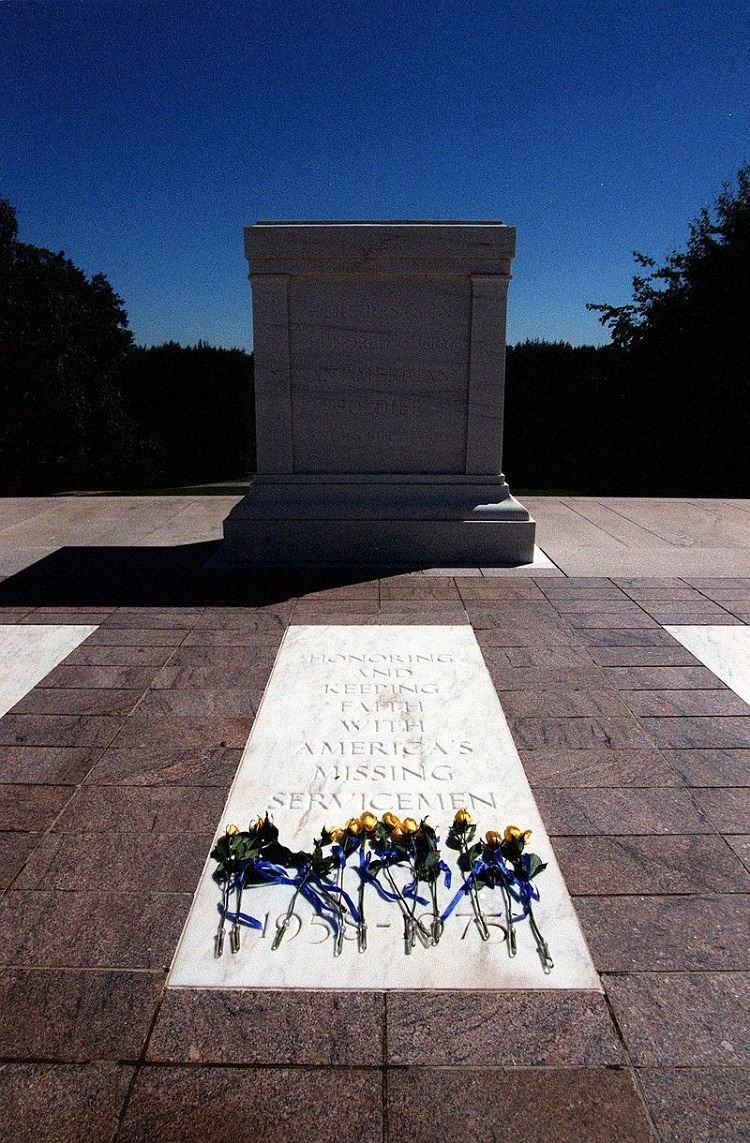