Expedition travel company Quark Expeditions has expanded its portfolio of Arctic voyages to include voyages to hard-to-access remote regions, such as the Russian Arctic. A new purpose-built expedition ship, the World Explorer, will be making its Arctic debut in 2020, and the company will offer a cruise to the North Pole in that year too. 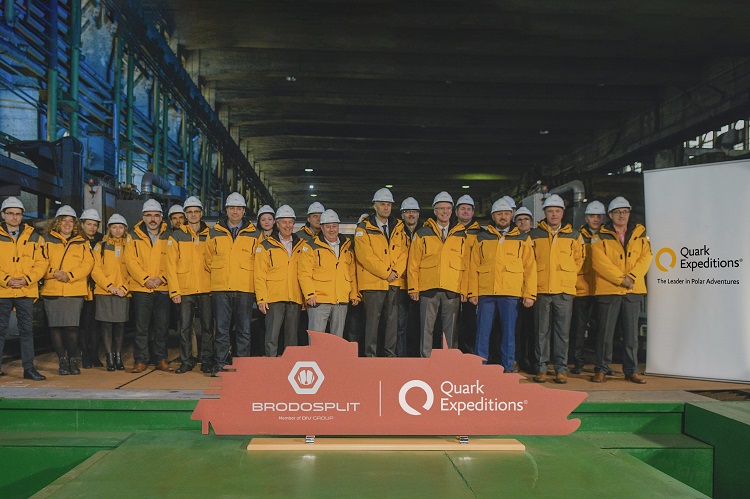 The steel cutting ceremony took place at the shipyard and museum of Quark Expeditions’ build partner, Brodosplit. The 13,500 gross ton vessel is 128 meters long, with a beam of 21.5 meters. She was designed by LMG Marin and will accommodate up to 200 passengers. She features an interior Zodiac hangar and four embarkation points, state-of-the-art dual helicopters with simultaneously operable helidecks and a 70-day operational range.

The ship’s innovations will also minimize its environmental footprint to an extent previously unseen for a vessel of comparable size, including a sophisticated water treatment system, state-of-the-art waste handling,  a leading-edge heat recovery system that recycles excess energy back into the ship, and the use of entirely recyclable materials to construct her. The dynamic positioning technology will also mean no need to anchor – avoiding damage to sensitive seabed ecosystems.

Voyage to the North Pole 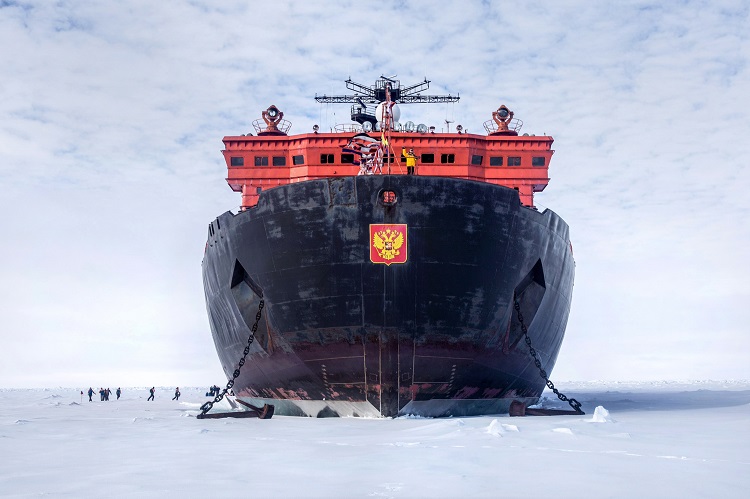 The 14-day voyage to the North Pole will be undertaken by the 50 Years Of Victory. The vessel will crush through multiyear ice, to offer hot-air balloon rides at 90º N and sightseeing of walruses, seals, whales and polar bears via helicopter.

Quark says that interest in the north pole is growing. Travelers have different interests and motivations for reaching the North Pole. It could be on their bucket list or a remarkable destination for photographers. For some, it’s a once in a lifetime feat but for others, the North Pole calls them back over and over.

50 Years of Victory is one of six nuclear-powered Arktika-class icebreakers. She has a spoon-shaped bow, capable of breaking through ice up to 2.5 meters (9.2 feet) thick. 20 in the making, she is one of the world’s largest, most-powerful nuclear icebreaker. The ship can host up to 128 guests and 140 crew members. All cabins have exterior views, private facilities and TV’s. The vessel has a gym, basketball court, two saunas and a small plunge pool. 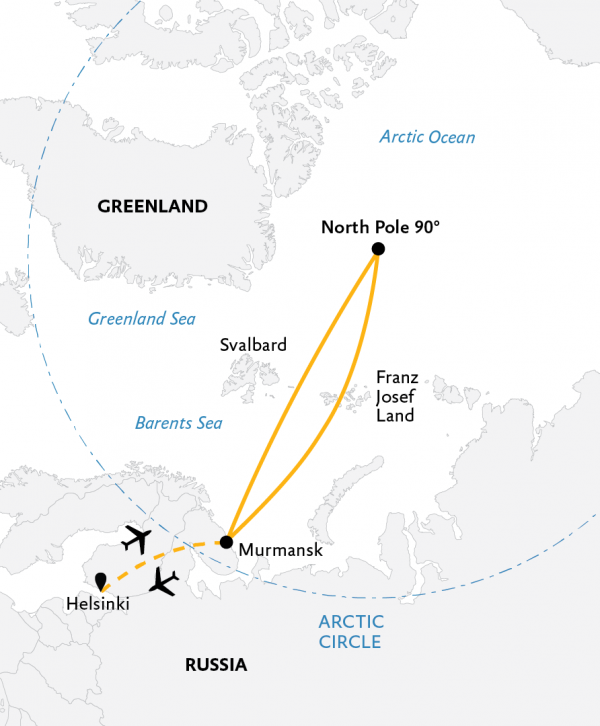 As one of only two operators offering trips to the North Pole, Quark Expeditions’ last trip to North Pole was in summer 2018.