The heavy-lift vessel VB10,000 arrived at the Golden Ray wreck site as planned on October 27, 2020. The largest heavy-lift vessel built in the United States, the VB10,000 is now preparing for the next phase of the clearance of the capsized ro-ro vessel in St. Simmons Bay, Georgia.

The pictures released by the St. Simons Sound Incident Unified Command show the large vessel arriving at the site and being positioned straddling the wreck. According to a spokesperson, they are currently undertaking a series of tasks to prepare for the next phase of the operation. The rigging and anchoring process that is now underway was expected to take three to five days after the VB10,000 arrived.

The cutting and lifting operation, which is subject to weather, wind, and sea conditions, could get underway as early as next week. The first cut on the Golden Ray will be on the bow section of the vessel.

The salvage plan projects that under ideal conditions the cutting of each section will require approximately 24 hours and then a week to be lifted to the barge or dry dock. The plan estimates eight weeks for the removal operation, again subject to weather conditions or any unforeseen engineering issues that might arise during this phase of the salvage.

The arrival of the VB10,000 had been delayed by an unforeseen engineering issue. The VB10,000, according to the plan, was going to be secured at the site on five anchors. After successfully installing and pull-testing four anchors, the remaining anchor, which is at what the command termed the most challenging mooring site in the system, did not meet its pull-test requirements. The engineers determined to install three pilings to complete the anchor array for the VB10,000 heavy-lift vessel.

After the cutting and lifting are completed, they will begin what is being called the demobilization phase during which all the barriers and other elements that were put in place for the operation will be removed and the site and shoreline will undergo a final inspection. According to the Unified Command, they anticipate that there are several more months of activity before the operation is completed. 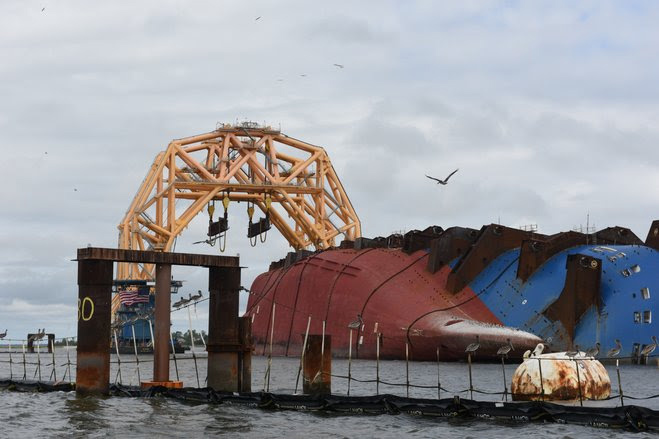 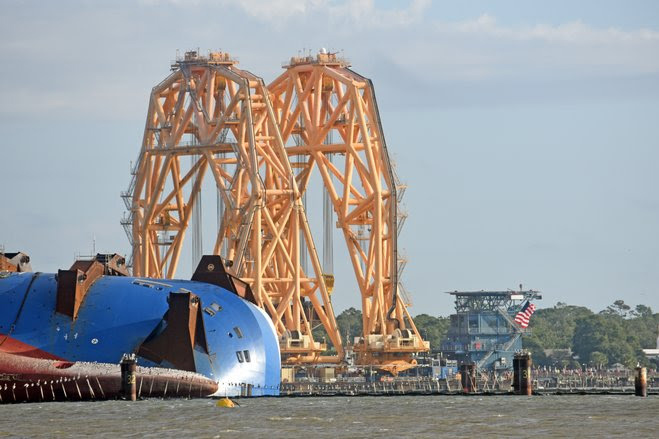 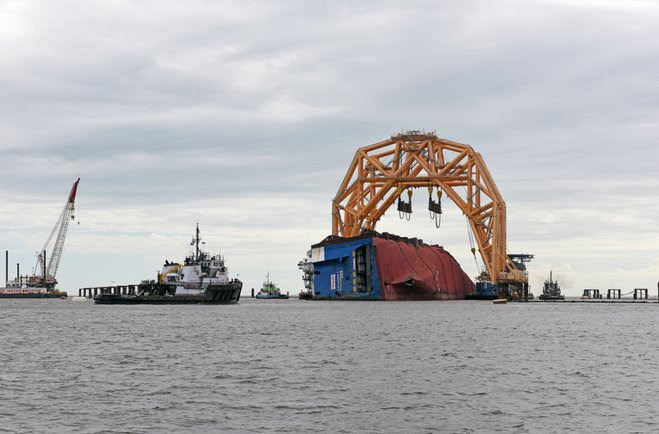