In a sign of the times, the Port of Tacoma's privately-operated Husky Terminal is dismantling four older, smaller cranes after decades of service.

Over the past few years, the facility has taken delivery of eight new post-Panamax cranes made by ZPMC, and the older units are too small to meet modern requirements.

The older cranes have been in service since 1989, helping to bring import boxes onto the pier and sending Washington export products like apples, potatoes and hay overseas, Husky said in a statement. The cranes’ spare parts have been surplused and the metal structure will be recycled locally.

Meanwhile, a few miles to the north, the Port of Seattle is celebrating the completion of the first year of its Terminal 5 reconstruction project. When complete, the new T5 will be equipped to handle two 18,000-TEU ULCVs simultaneously - capacity that will be required in the near future as ships in the Pacific trade get bigger.

The T5 project recently completed its first phase of pile-driving, which saw contractors insert 184 steel piles into the ground to reinforce the wharf. The extra reinforcement will help support T5's new super-post-Panamax cranes, which will be delivered in 2021. 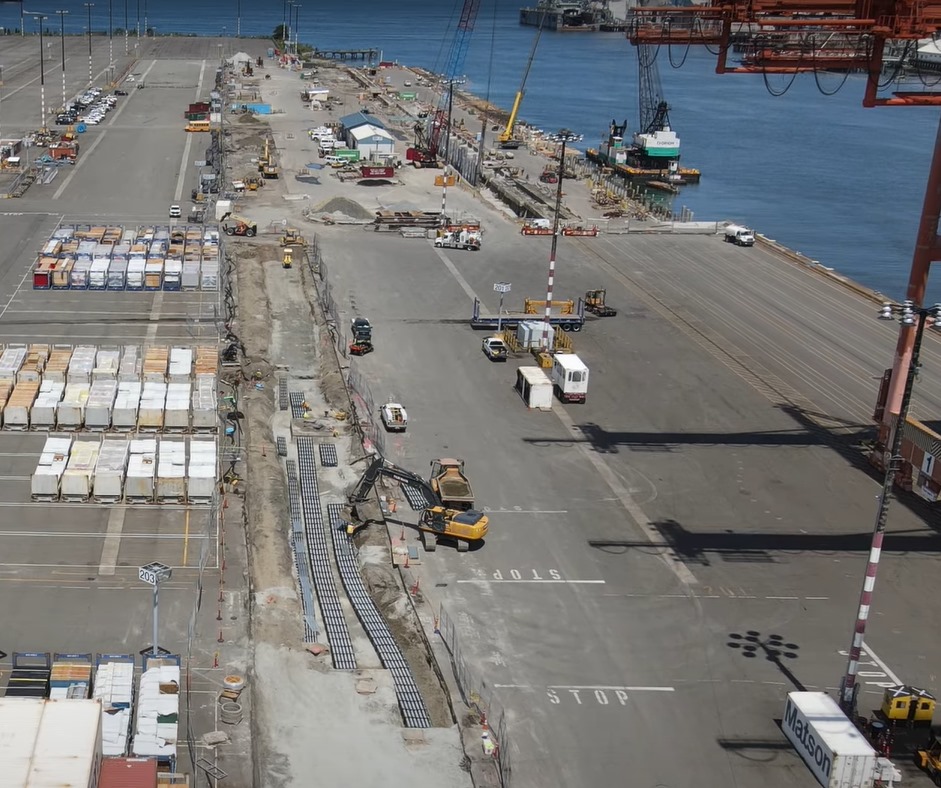