The Port of Charleston, South Carolina is turning to a long-discussed strategy to move containers off its wharves: the marine highway.

In order to reduce congestion on nearby roadways, the port wants to load containers onto barges at its Wando Welch Terminal and tow them four miles to its future Leatherman Terminal, a ULCV-capable container facility that is currently under construction in North Charleston.

The Leatherman Terminal is located about one mile from a new intermodal rail yard under development by state-owned Palmetto Railways. The boxes would be lifted off the barge, transferred from the terminal to the rail yard, and loaded onto rail cars for transport inland. 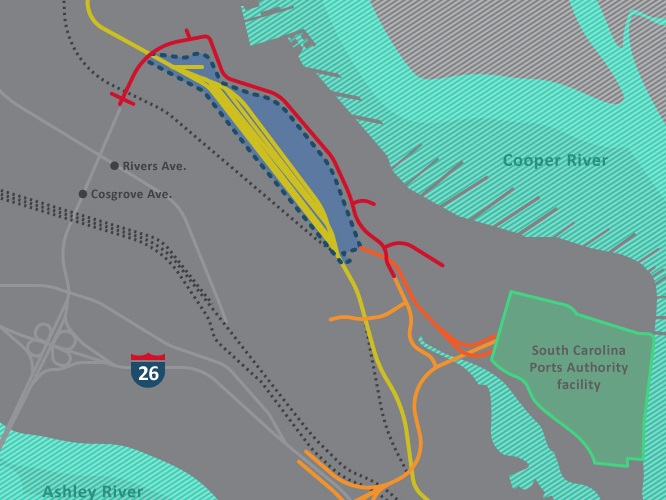 An intermodal barge-to-rail system would involve several additional box moves compared with an over-the-road delivery, and would not be as swift; however, it would reduce the traffic and pollution of over-the-road trucking. For long-distance inland deliveries - where intermodal rail has the competitive advantage - it could be an attractive solution.

“We can certainly have less emissions putting 200 boxes on a barge versus 200 trucks,” said port COO Barbara Melvin, speaking to South Carolina Radio Network. “And, just from a quality of life perspective, trying to relieve some of the congestion that exists today.”

The port authority has applied for a permit from the Corps of Engineers to build out its wharf at the Wando Welch terminal, which would facilitate barge shipments. If approved, the project would see the construction of an additional 700 feet of berthing at the site. Operation of the barge service would begin in 2022, after work is completed on the Leatherman Terminal and the rail yard.