The Port of Calais has inaugurated a new extension that has been under construction since 2015. The revamped port includes a two-mile dike, 220 acres of additional docking area, three new ferry berths and new buildings for operations and reception of port customers.

The new extension of the port will begin operations on October 4, and it is expected to double the previous capacity for visitors crossing from Dover, UK. On average, Calais welcomes 10 million passengers every year in addition to its extensive freight operations.

The project is one of the largest recent European maritime construction projects, with a total price tag of more than $1 billion. During the unveiling ceremony, the new British Ambassador to France, Menna Rawlings attended, tweeting later that “the port should improve fluidity for trucks and travelers.” 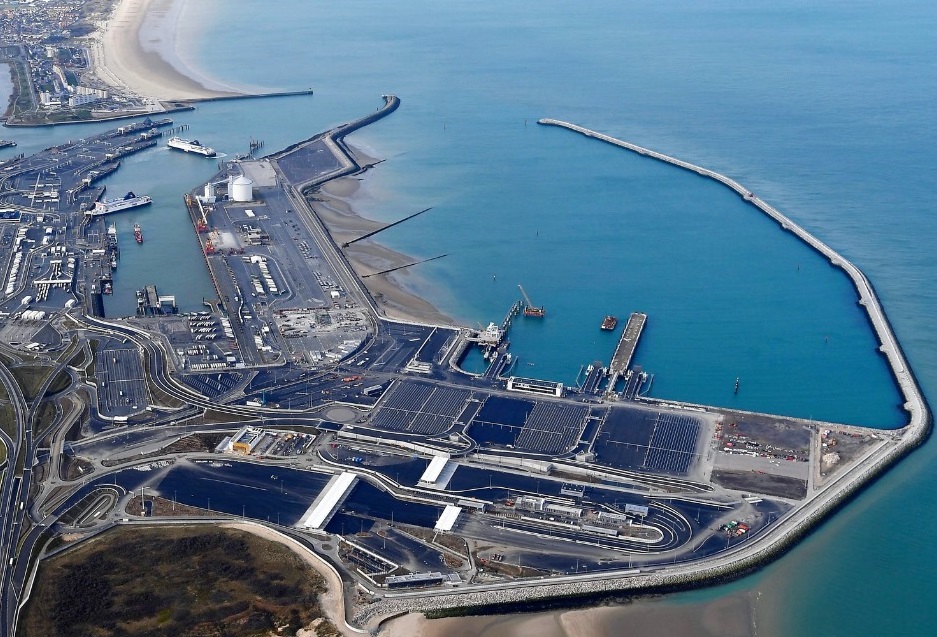 As a gateway port for passengers transiting from UK into France, the new extension also incorporates a 10,000-square-foot duty free shop. The sale of duty-free products on the cross-channel route has resumed thanks to Brexit: the European Union abolished domestic sales of tax-free commodities back in 1999, but since Britain is no longer part of the EU, British travelers can now buy these goods at specialized shops in ports or airports.

However, the expansion is not just about passengers. It is also designed to increase the freight traffic by accommodating larger ferries. DFDS, one of the ferry service providers in Calais, has already introduced a new freight service for unaccompanied freight. The ferry company will soon start running 34 daily crossings to Dover, up from the current 15.

The Calais-Dover cross-channel route has been one of the most affected since the start of Brexit, and the challenges of new customs rules have been exacerbated by the COVID-19 pandemic. In 2020, passenger traffic declining by 61 percent and freight traffic fell by 8 percent.