The offshore pipelay vessel Solitaire started the pipelay for the Nord Stream 2 natural gas pipeline in the Gulf of Finland on Wednesday.

Gazprom's Nord Stream 2 will link Russia and Germany, supplying Russian natural gas to Europe. It is scheduled to be operational next year and will largely follow the route and technical concept of the Nord Stream pipeline. The new gas pipeline will be able to supply 55 billion cubic meters of gas per year, which will be sufficient to provide 26 million households with heat and electricity every year. 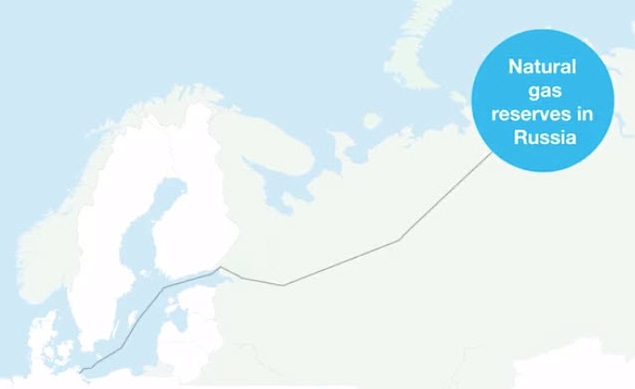 Russia, Germany, Finland and Sweden have granted all the permits necessary for construction of the pipeline within their jurisdictions. The national permitting procedure in Denmark is ongoing.

Operating Around the Clock 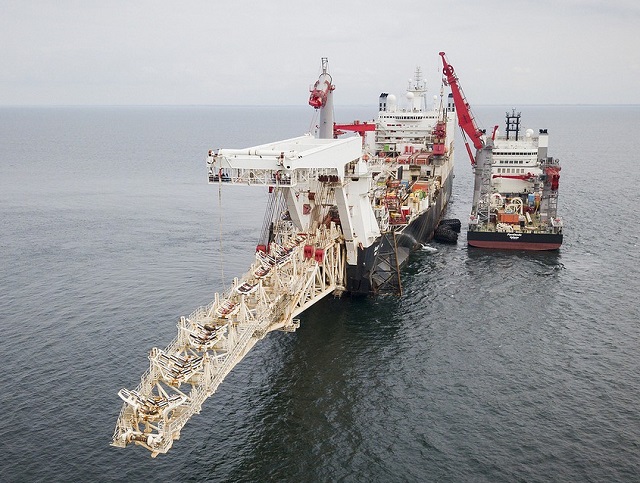 The 300-meter Solitaire, operated by Allseas, will lay the pipe, which will be welded together on board, around the clock. Pipe supply vessels will deliver the 12-meter, 24-ton pipes used to build Nord Stream 2 to the pipelay vessel from the project's nearest logistics hubs, such as Kotka or Hanko.

Solitaire uses dynamic positioning to position herself accurately. It is thus only the pipeline that touches the seabed. Using a vessel operating without anchors also ensures additional safety in the congested Gulf of Finland.

Solitaire is one of the largest pipelay vessels in the world. The vessel has been operational since 1998 and has a pipe carrying capacity of 22,000 tons. In 2005, her S-lay capacity was increased to a holding force of 1,050 tons, enabling her to lay the heaviest pipelines. In 2007, she set the world record for ultra-deepwater pipeline installation, laying pipe to a depth of 2,775 meters (9,100 feet) in the Gulf of Mexico. She also laid pipe for the Nord Stream project in 2010.