Work on upgrading the Port of Seattle's Terminal 5 is now well under way, according to the Northwest Seaport Alliance (NWSA).

Since breaking ground in July, construction firm Orion Marine Contractors has taken out the north berth's existing fender system, extracted all fender piles and removed all asphalt and ballast along the pier edge. About 20 percent of all deck panels have been removed from the north berth, and crews are cutting the pile caps away from the existing structural piles. In addition, away from the waterfront, a new electrical duct bank to the feed the terminal’s administration building has been completed, the NWSA said in an update. 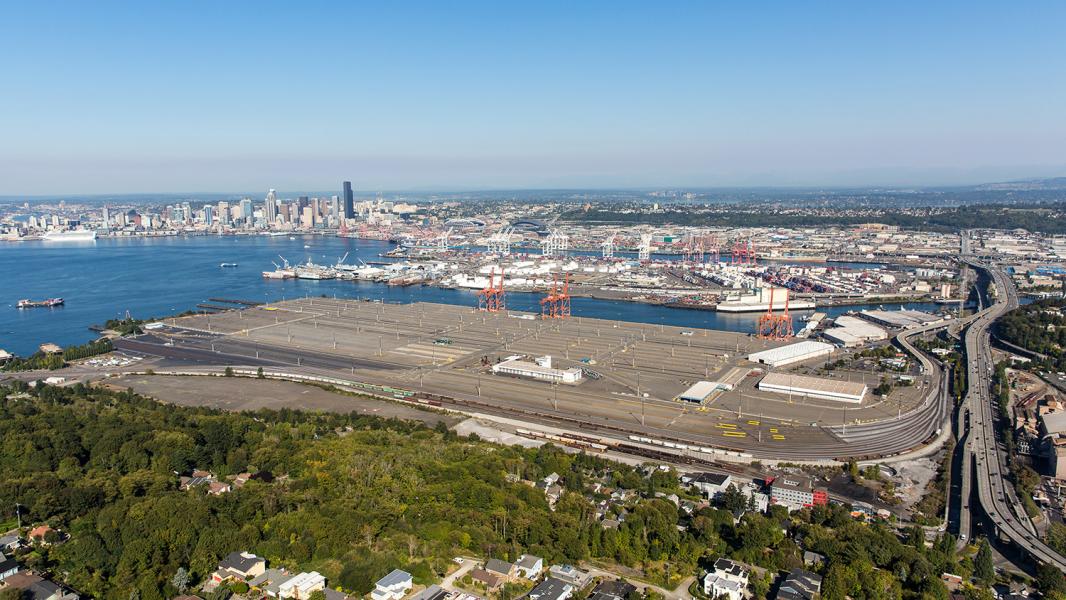 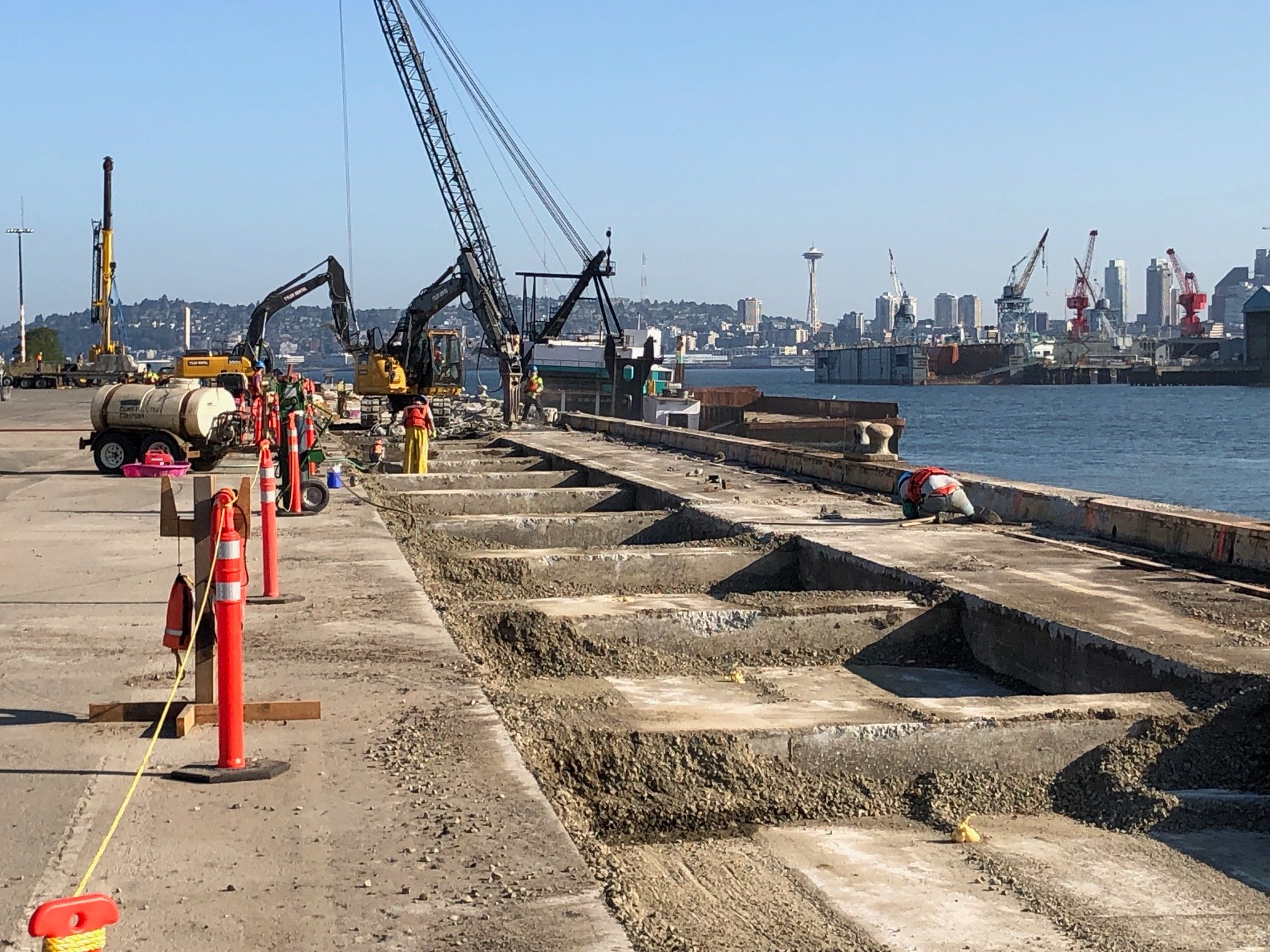 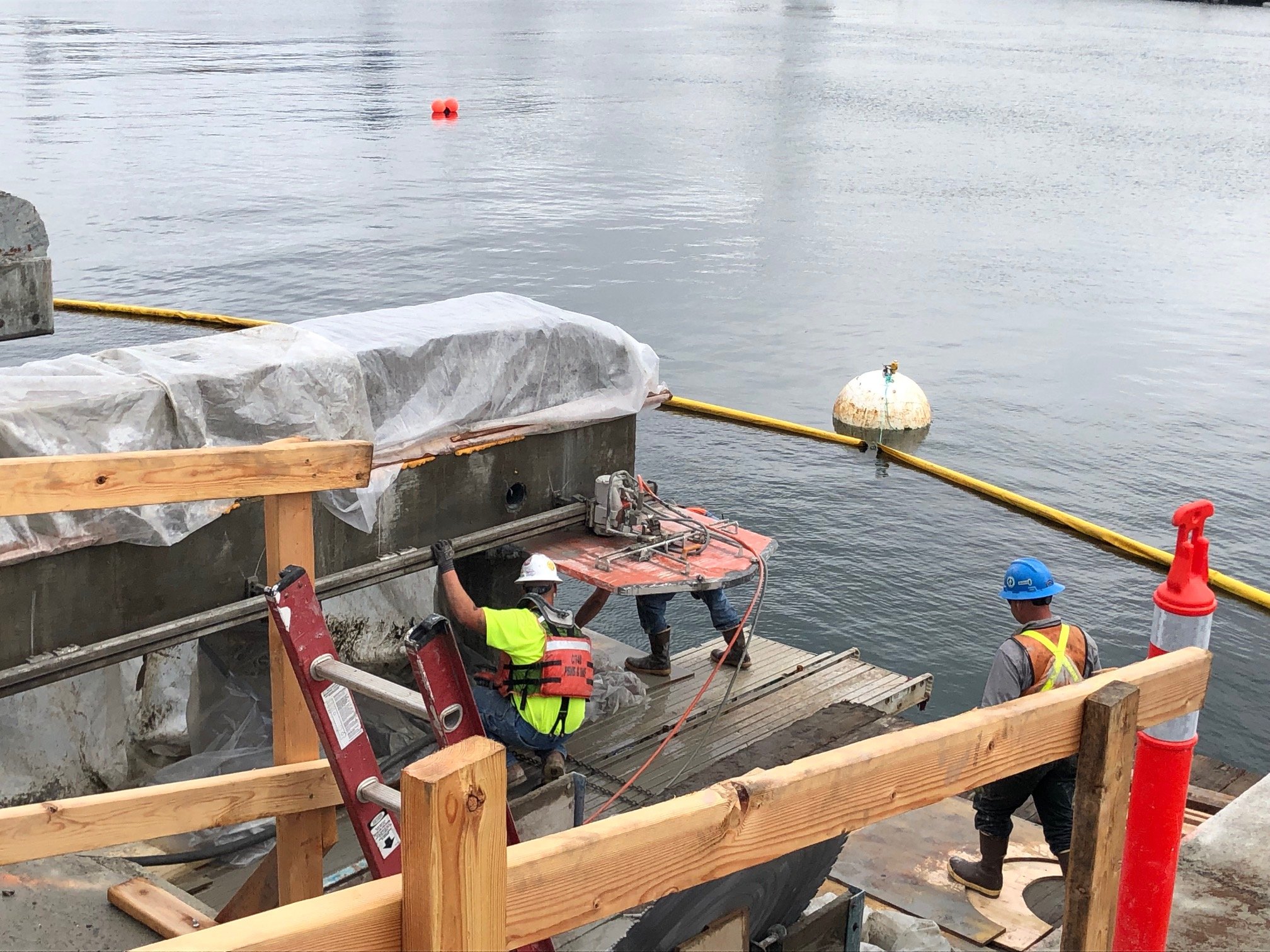 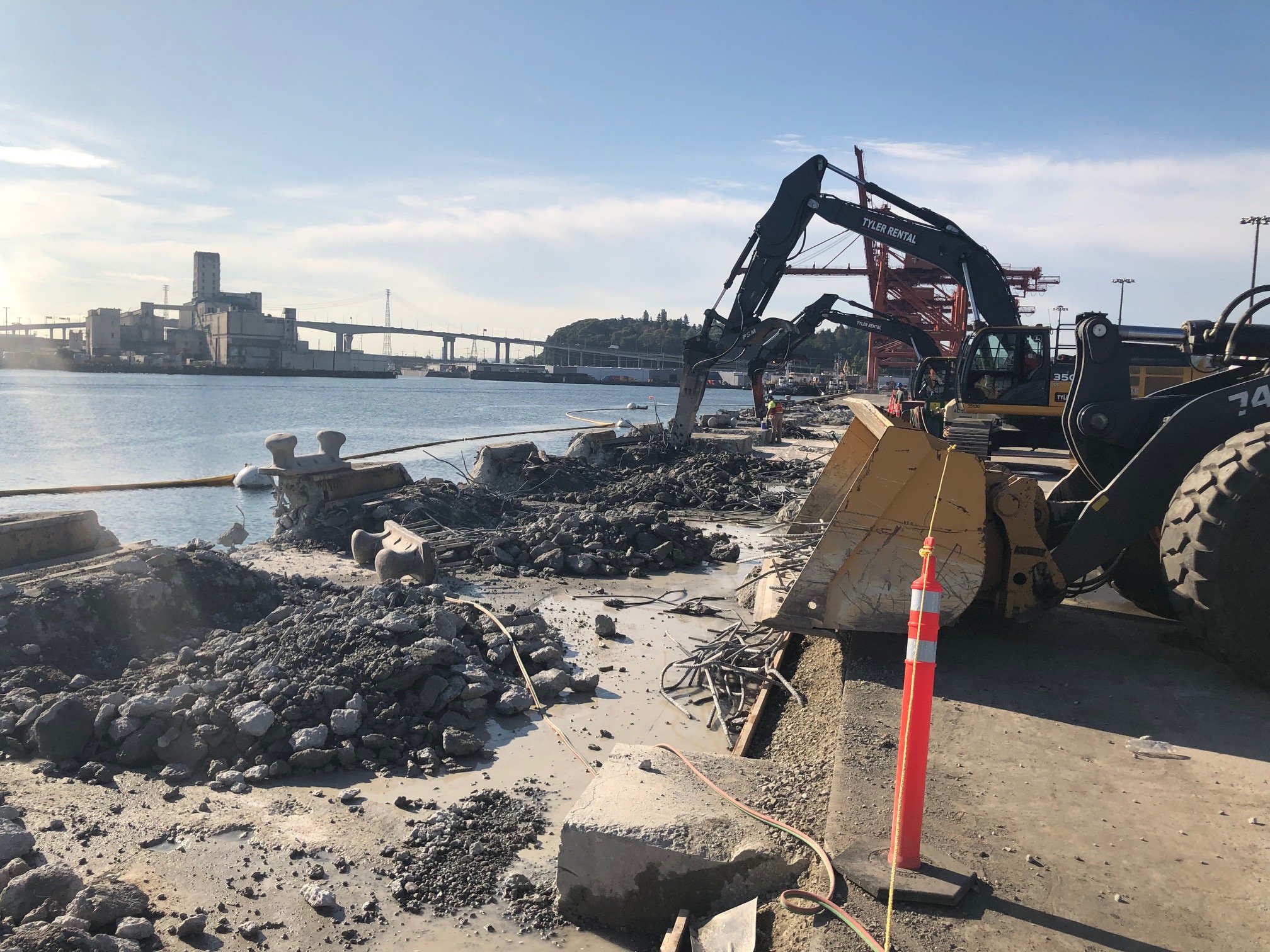 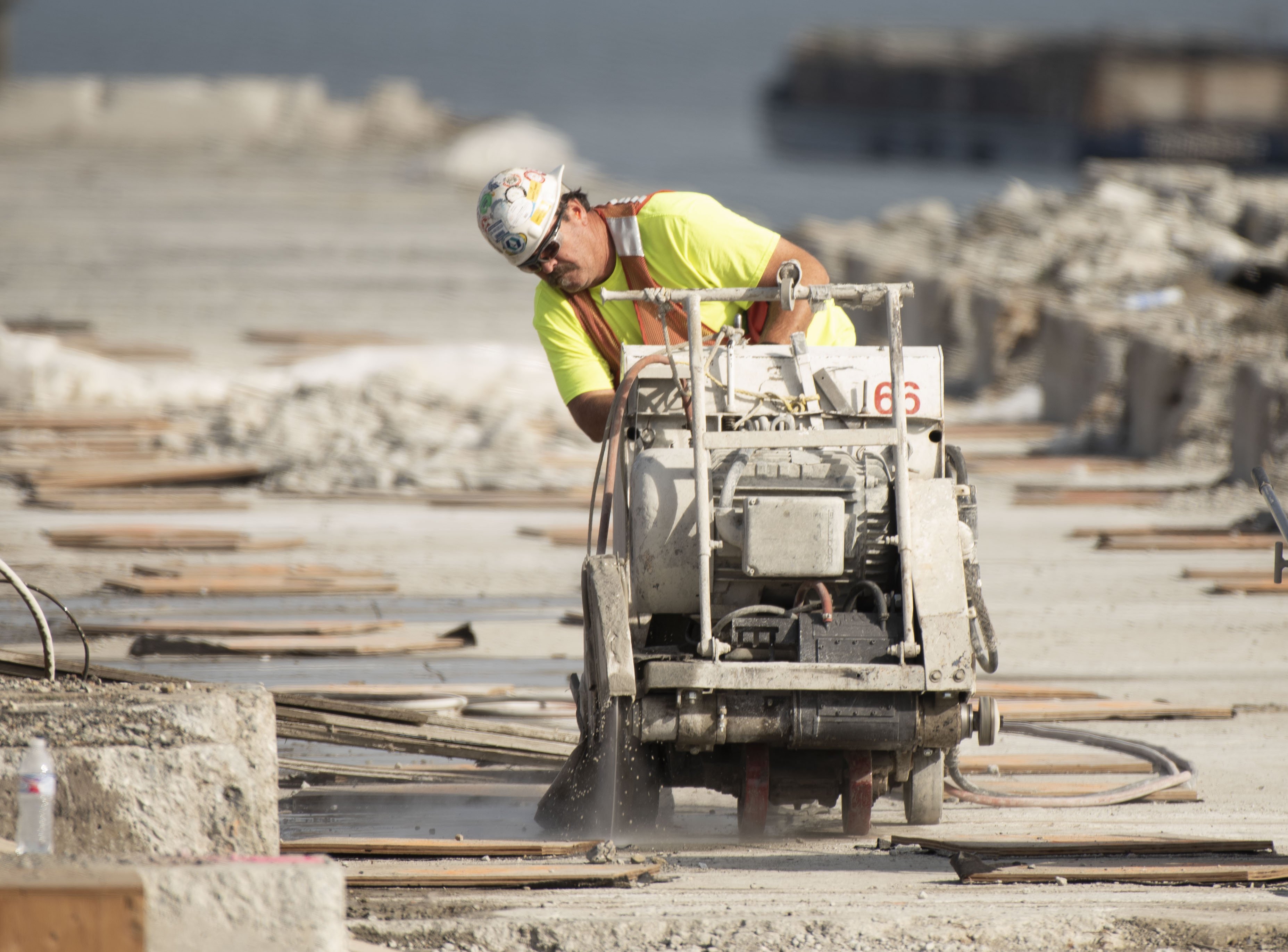 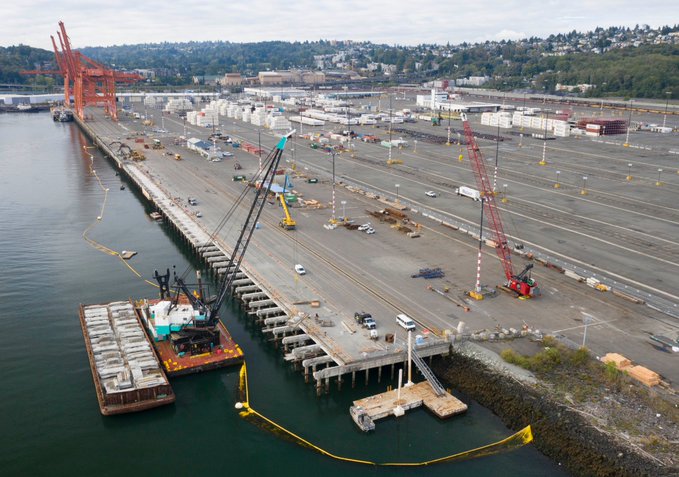 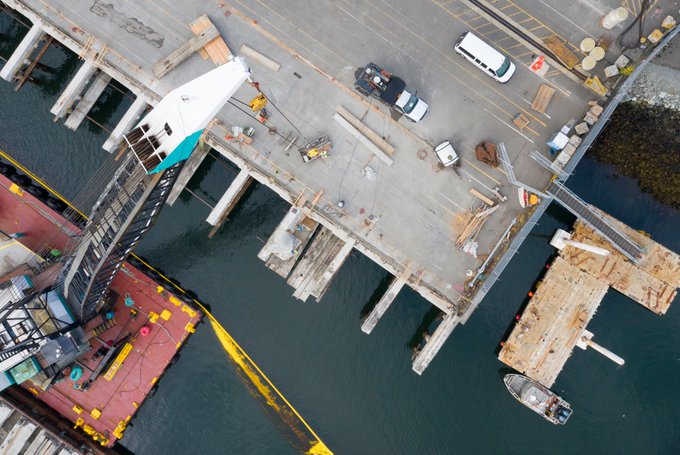 The need for more capacity is underlined by the rising volumes of container traffic passing through the NWSA's twin ports. Over the course of the year through July, NWSA handled a record quantity of international containers totalling 1,818,000 TEU, up six percent over the same period in 2018. The previous record was set in 2005.

Terminal 5 modernization is one component of the alliance's plan for harbor realignment. The Port of Seattle is the busiest cruise port on the U.S. West Coast, and to accommodate rising traffic it is redeveloping the container facility at Terminal 46 into a cruise berth. The terminal's current containerized cargo will be shifted to Seattle's Terminal 18, giving enough room for a cruise berth on a 30-acre portion of T-46. The south end of the site will be used for breakbulk cargo.