A Washington State Ferries vessel sustained significant damage in a dock allision Thursday morning, rupturing plating on the bow above the waterline.

According to WSF, the ferry Cathlamet had a "hard landing" at the Fauntleroy terminal in West Seattle, causing damage to the vessel. The U.S. Coast Guard clarified that the ferry struck a piling (dolphin) while approaching the terminal, and photos suggest that the dolphin was damaged as well. 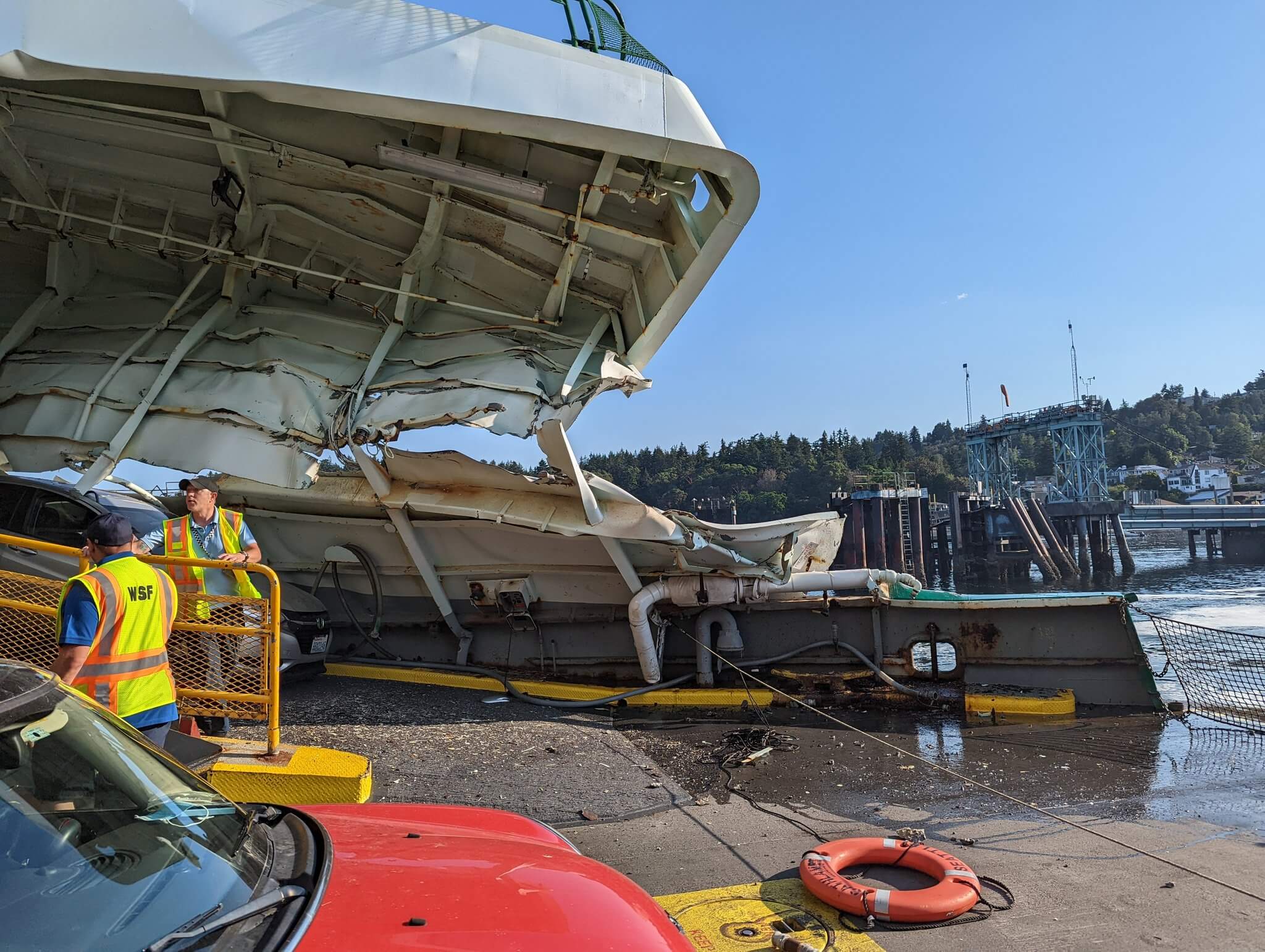 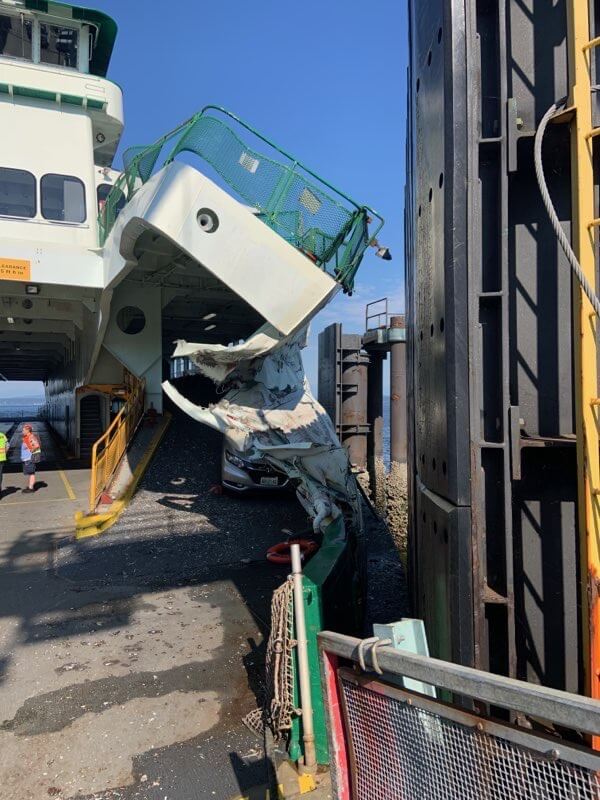 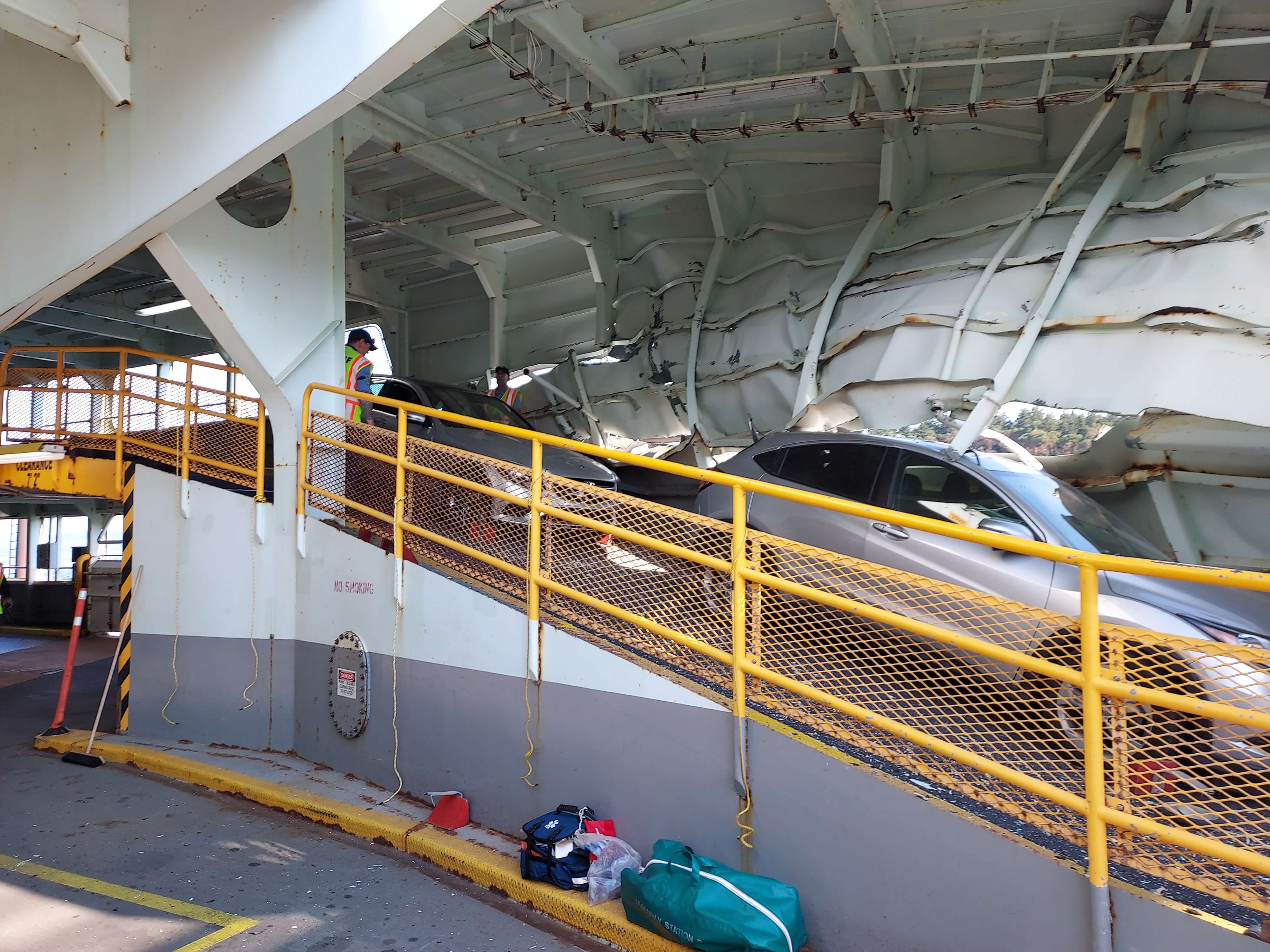 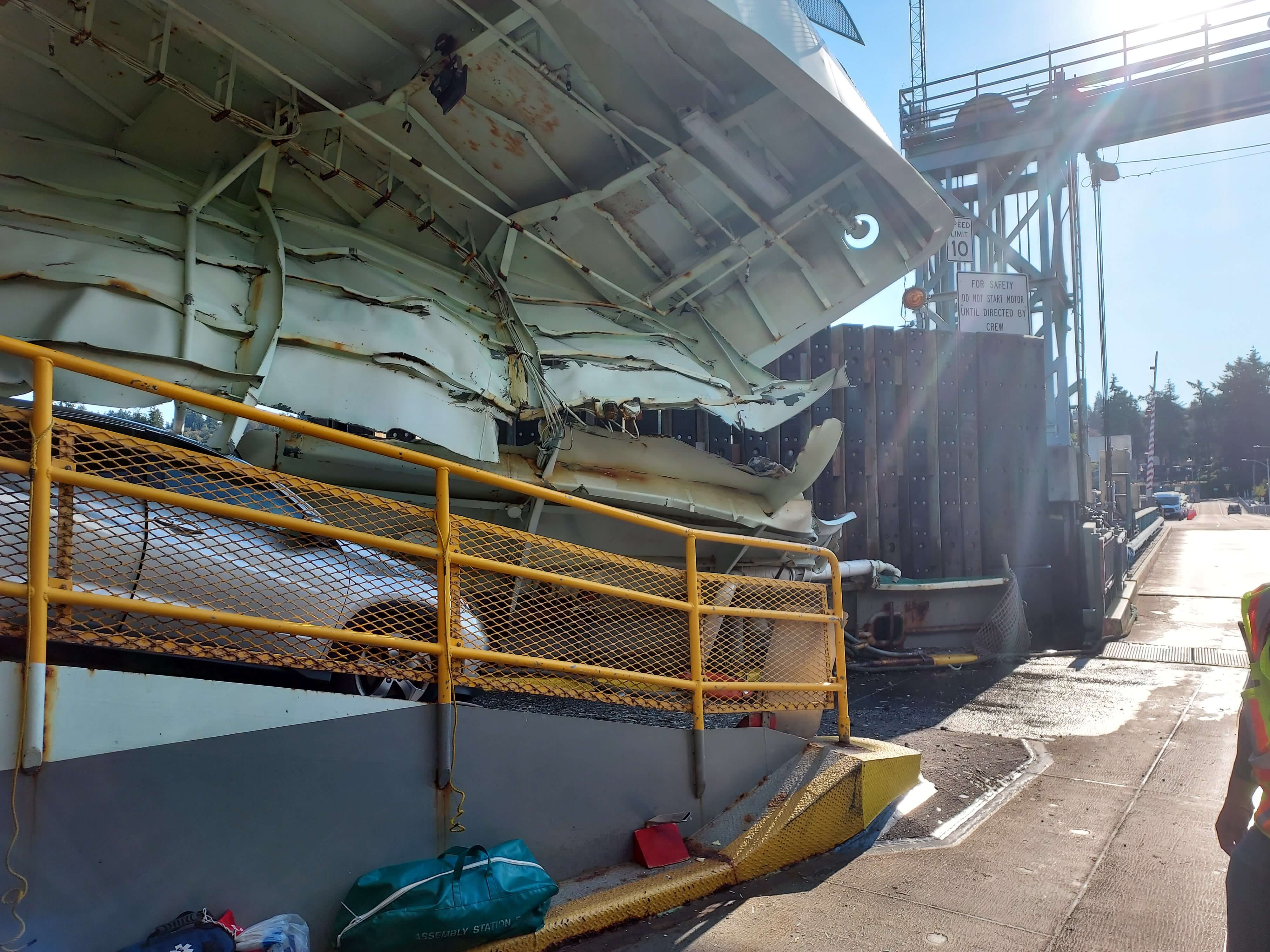 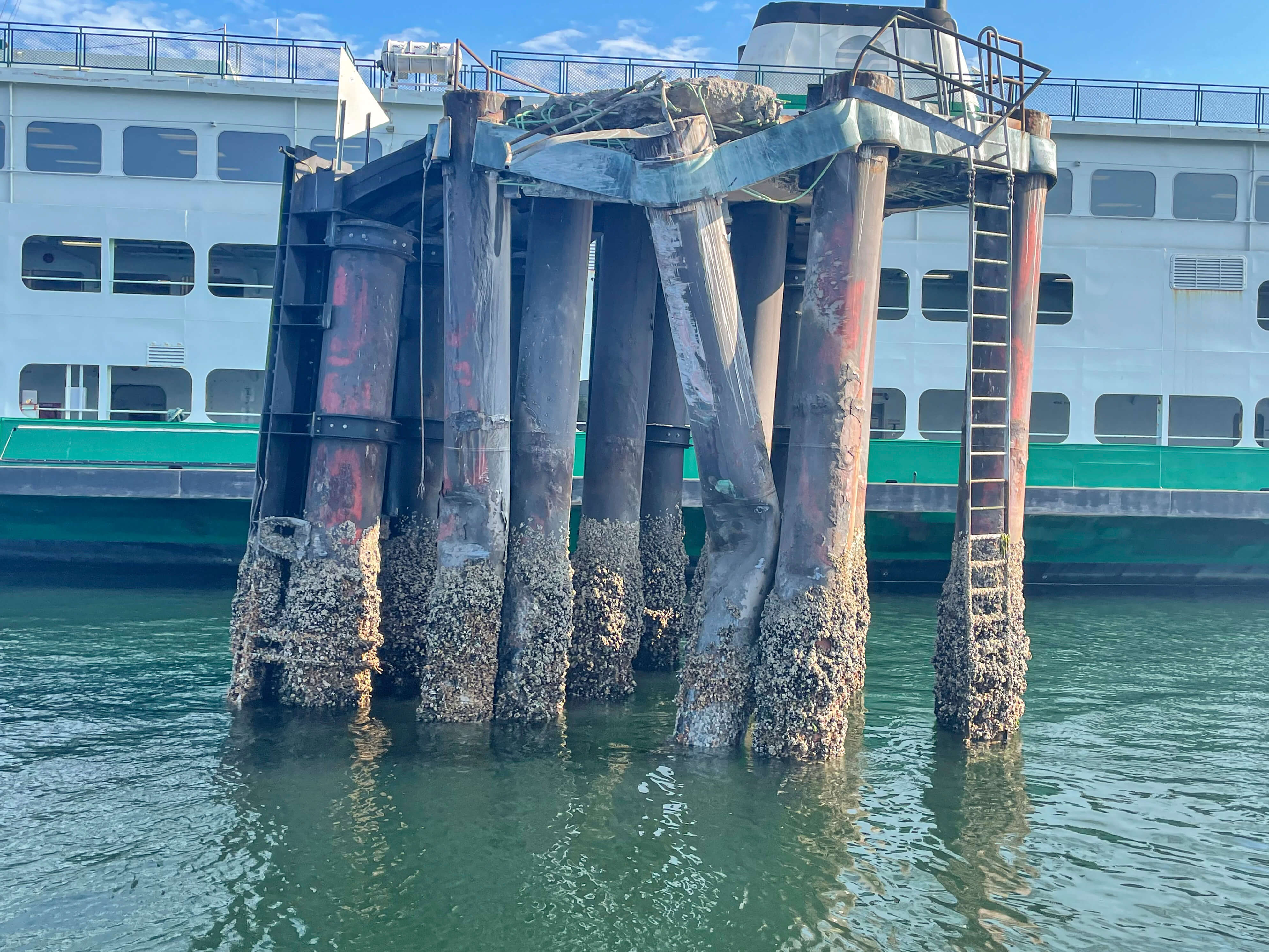 Photos from the scene show considerable damage to one dock-facing corner of the double-ended ferry. (The damage location would be the port bow during the approach to the ferry terminal, as the vessel is double-ended.) The upper promenade deck was crumpled and twisted at an angle, and some of the framing buckled in far enough to contact two vehicles on the upper car deck.

No injuries, pollution or flooding have been reported. The terminal is closed temporarily and service suspended until further notice, and traffic to Vashon Island has been diverted south to the Point Defiance route.

#BreakingNews My friend Roberta Christensen sent me this video after #ferry from Vashon Island crashed into Fauntleroy Ferry dock in Seattle. Roberta and her wife were shaken and crying but not injured. pic.twitter.com/pVMxI65mXn

The ferry berthed safely after the incident and discharged all passengers and all but two cars.

The U.S. Coast Guard is on scene and investigating, and the ferry will only be released to transit to another location when it receives authorization.