On Saturday, the crew of the U.S. Coast Guard Cutter John McCormick medevaced an injured fisherman from a vessel off Vancouver Island, British Columbia.

While transiting through Johnstone Strait, B.C. on Saturday evening, the USCGC John McCormick received a call for assistance from the Victoria VTS station over marine radio. The vessel in need of help, the fishing vessel Miss Norma, was located nearby.

A small boat crew from the cutter launched to meet up with the Miss Norma; they administered first aid to the 67-year-old victim, who had sustained a concussion and a broken arm. The crew secured him in a rescue litter, transferred him onto the small boat, and brought him back to the John McCormick.

The cutter transited towards Port McNeill, Vancouver Island, and transferred the patient to the Canadian Coast Guard vessel M. Charles M.B., who brought him the rest of the way to Port McNeill for medical treatment. 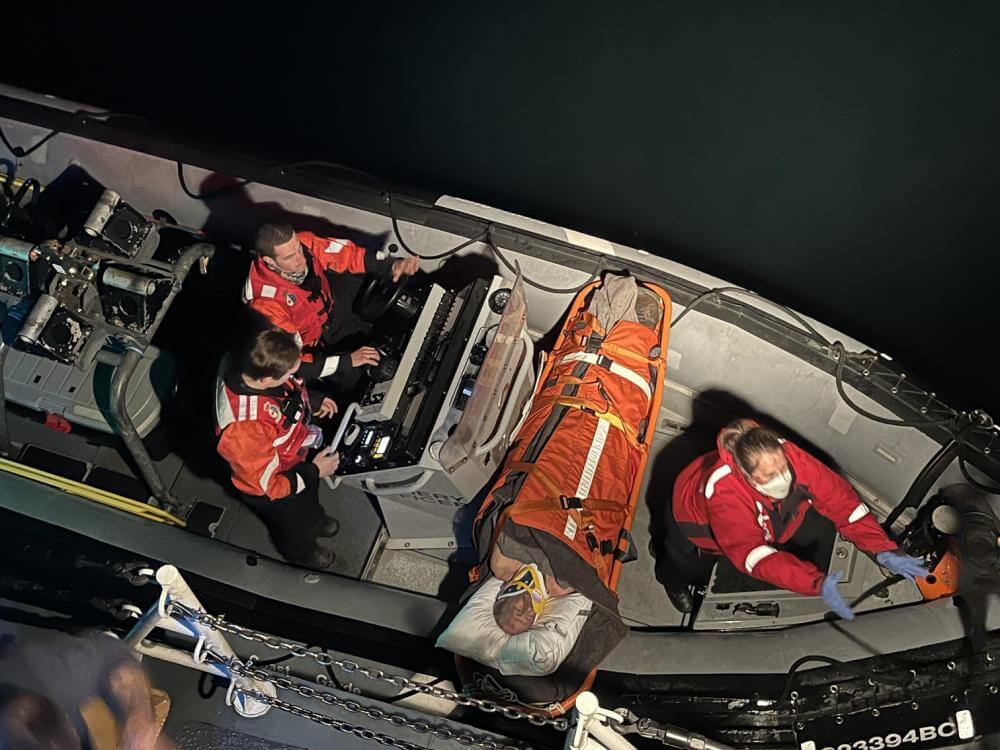 "After a 34-day patrol where we sailed throughout the Pacific Northwest, we were headed home to Ketchikan when we received this urgent request for assistance," said Lt. Josh Moan, Commanding Officer of John McCormick. "We were happy to be able to work with our partners in the Canadian Coast Guard to bring this man to a higher level of care. It was an all-hands evolution to help him and we wish him a swift recovery."

The 2017-built John McCormick was the West Coast's first fast response cutter, and she is homeported in Ketchikan, Alaska. Her normal area of patrol is in Southeast Alaska and the Gulf of Alaska.