The UK Coastguard and RNLI (Royal National Lifeboat Institution) was called on to provide assistance to an injured crewmember aboard the Maltese-flagged chemical tanker Kongo Star on Sunday, March 7. The 13,000 dwt tanker was anchored in Brodick Bay on the east coast of the Island of Arran in Scotland.

The Belfast Coastguard station coordinated the details of the medevac after receiving the call for assistance from the tanker. Volunteers from the Troon and Arran RNLI lifeboat stations were dispatched to assist the vessel along with a Coastguard search and rescue helicopter. The dedicated volunteers of the two lifeboat crews reported they were on their way within six minutes of receiving the call from the Coastguard.

“When we arrived the rescue helicopter was already on site,” wrote the Arran lifeboat crew describing the rescue. “Two crew members from Troon lifeboat boarded the tanker to assist with the transfer of the casualty to the helicopter whilst we remained on site to provide assistance if required.”

“Our call-outs often involve a multi-agency response as we work together to ensure the best outcome for all. With summer approaching, and hopefully a relaxation in restrictions, I'm sure we'll meet again soon, whether that be as part of a planned training exercise, or as part of a rescue,” concluded the team from Arran. 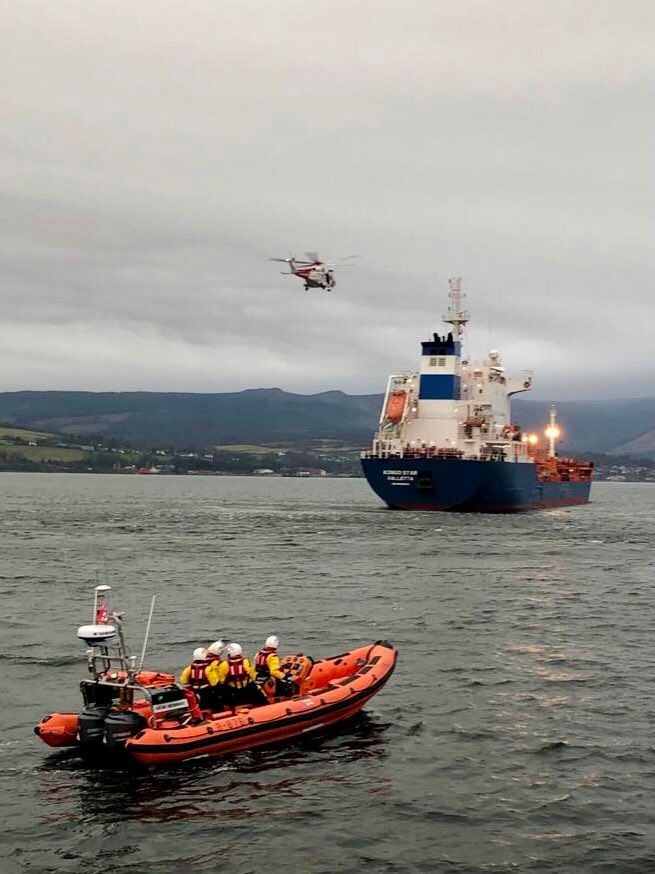 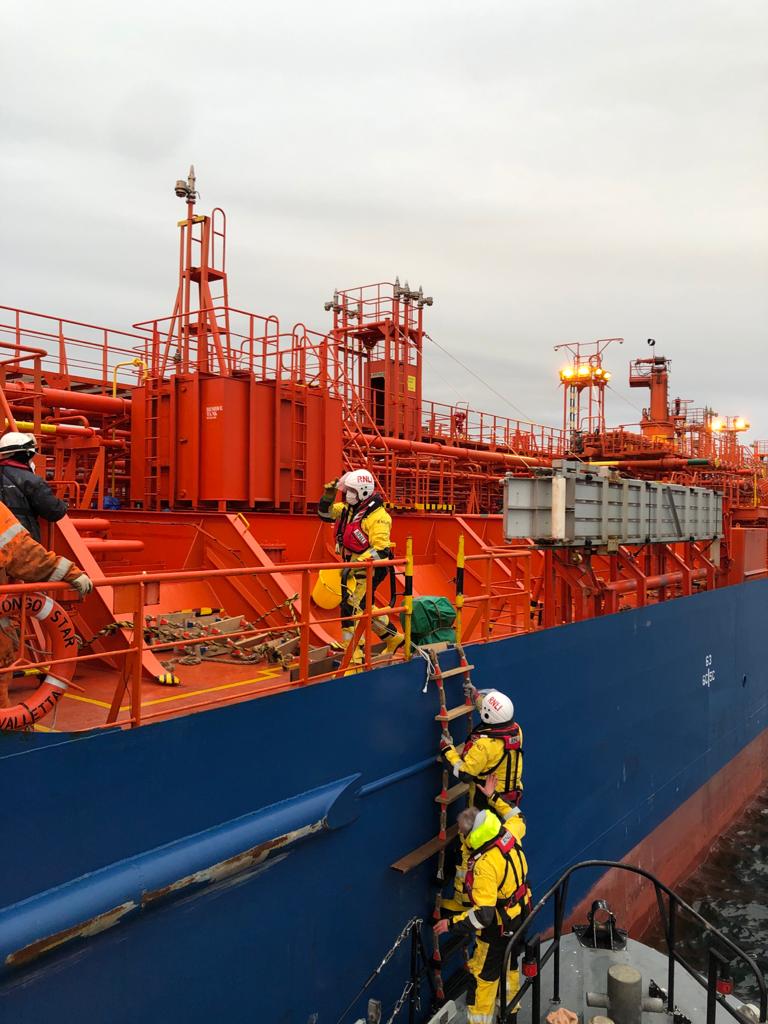 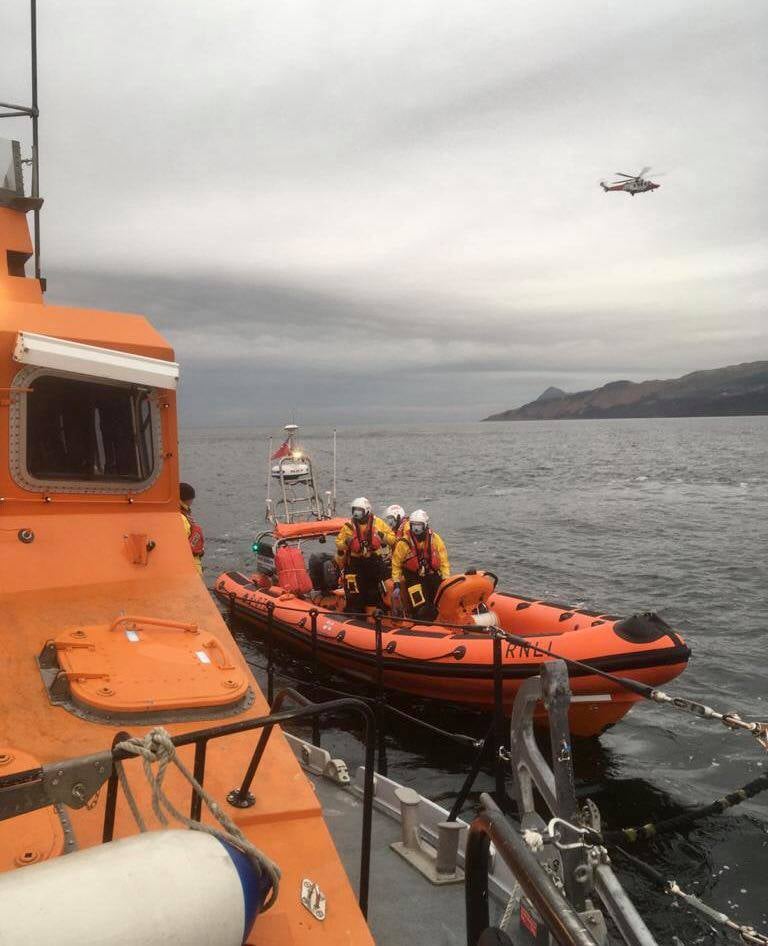 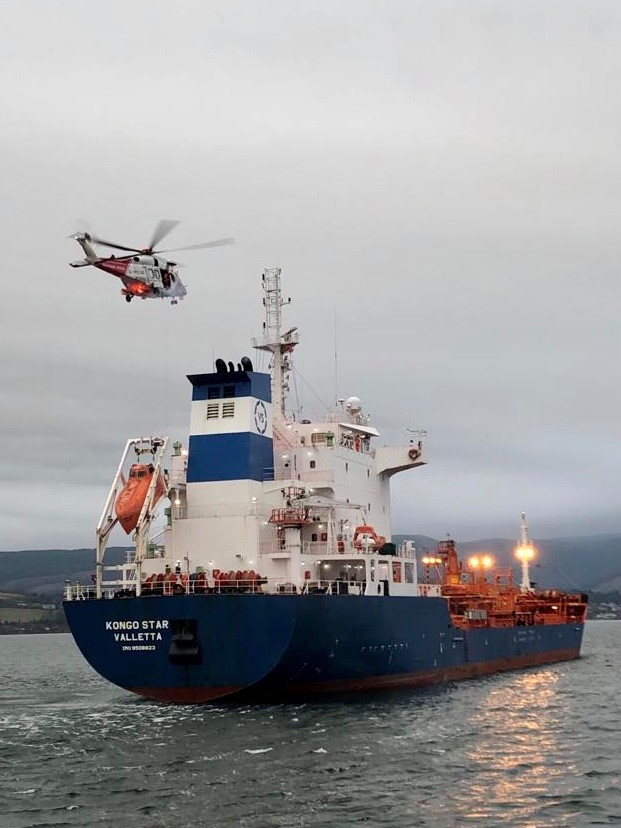 Photos courtesy of the RNLI volunteers at Arran and Troon