Photos: Tug Goes Aground After Colliding With Tow Near Sitka

A tug went aground north of Sitka, Southeast Alaska on Monday, resulting in a ruptured fuel tank and a sheen on the water, according to the U.S. Coast Guard.

At about 0300 hours on Monday, Sector Juneau command center received a VHF call from the tug Western Mariner. The crew reported that their tug had been in a collision with its own tow, the 280-foot containerized barge Chichagof Provider, causing the tug to run hard aground in Neva Strait. Photos from the scene showed Western Mariner high and dry on shore.

The collision ruptured one of the tug's fuel tanks, but no injuries have been reported and all four crew members safely transferred to a nearby vessel. All of the fuel manifolds on board the tug have been secured in order to isolate the ruptured tank, and fuel lightering efforts have begun. The tugs Banner and Salvation and the fishing vessel Nushagak Spirit are on scene to assist as needed. 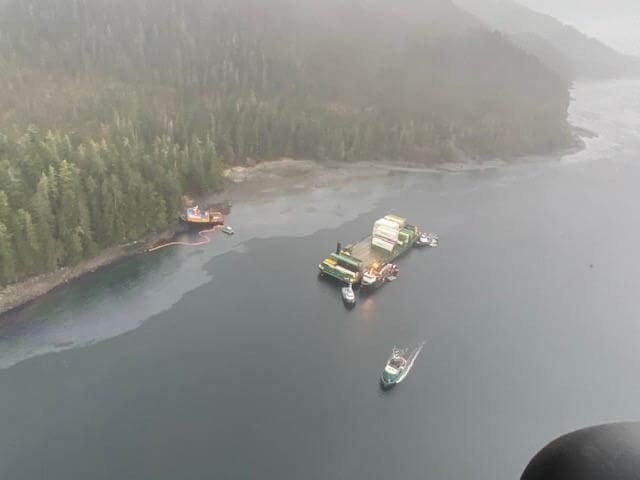 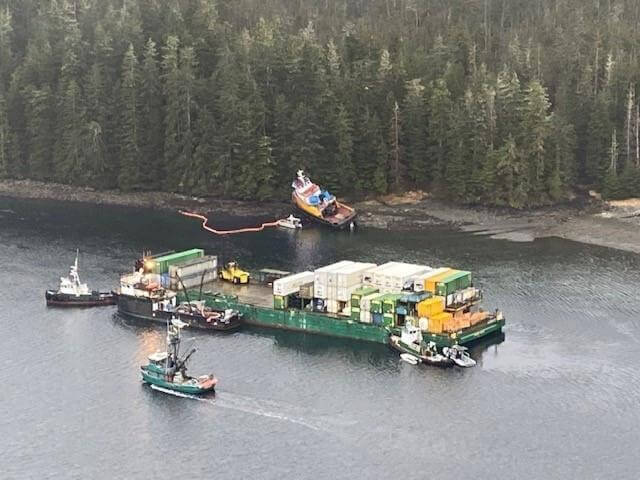 Containment booms have been deployed to reduce the spread of oil, and the barge has been safely anchored in Neva Strait. The tug's owner, Seattle-based Western Towboat, has contracted with Hanson Maritime, SEAPRO, and Global Diving & Salvage for the response.

The Coast Guard, Alaska Department of Environmental Conservation, and Western Towboat have established a unified command to manage the incident.

The 83-foot Western Mariner is the first tug Western built in its own shipyard in Seattle. It is a conventional twin-screw tug with Western's trademark aluminum deckhouse.