The Norwegian Coastal Administration and commercial salvors have successfully managed a spill from a trawler that burnt and partially sank at the pier at Tromsø last week.

The Russian trawler Bukhta Naezdnik caught fire Wednesday afternoon at a pier in Tromsø. An NCA multifunction response vessel, the Bøkfjord, was already nearby in port for a crew change. She arrived in position at about 1350 hours and began the firefighting effort.

The trawler listed heavily to port overnight Wednesday, then sank partially at the pier. An unknown quantity of fuel escaped from her tanks, and containment booms have been deployed around her to limit the spread of the petroleum. 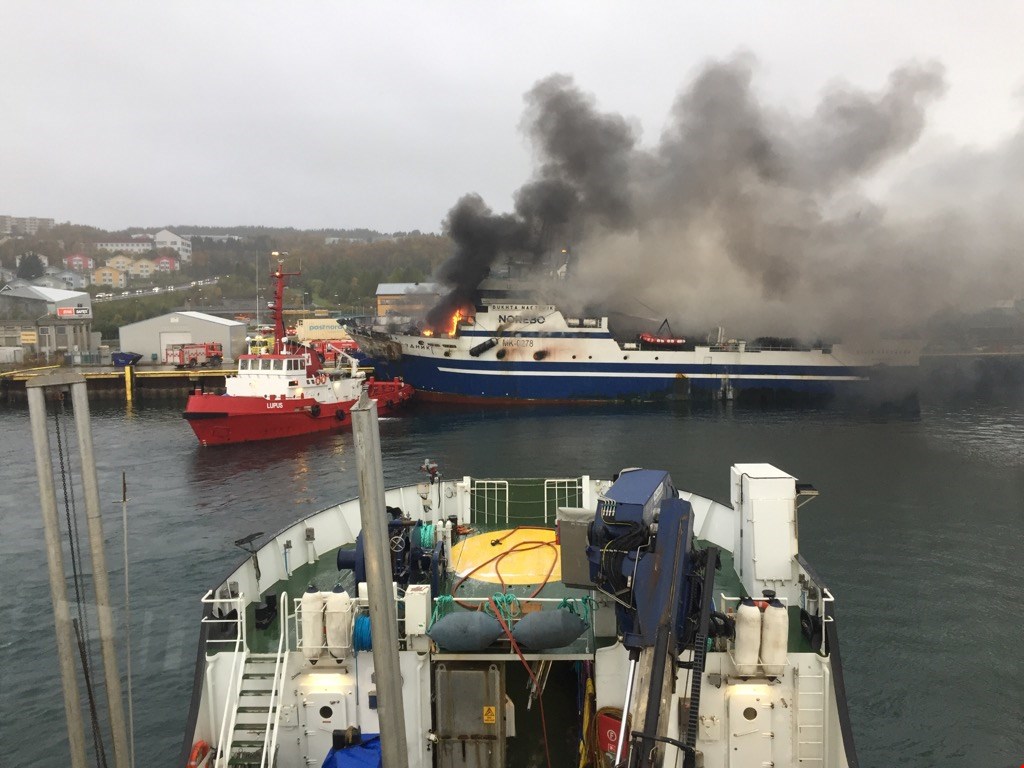 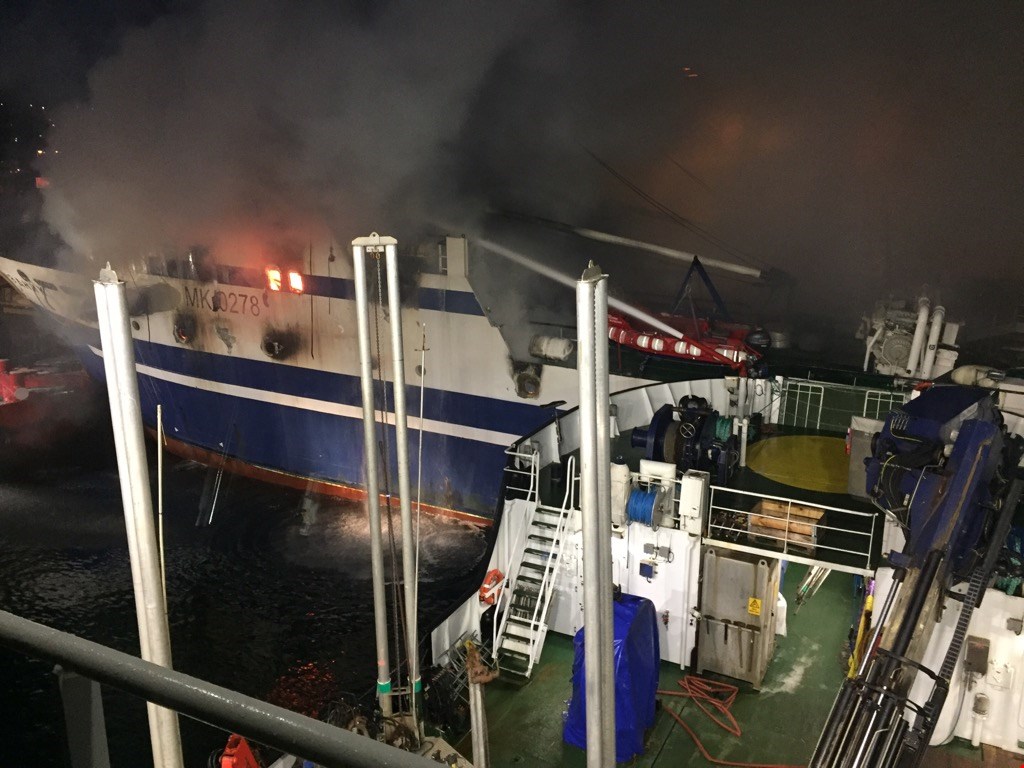 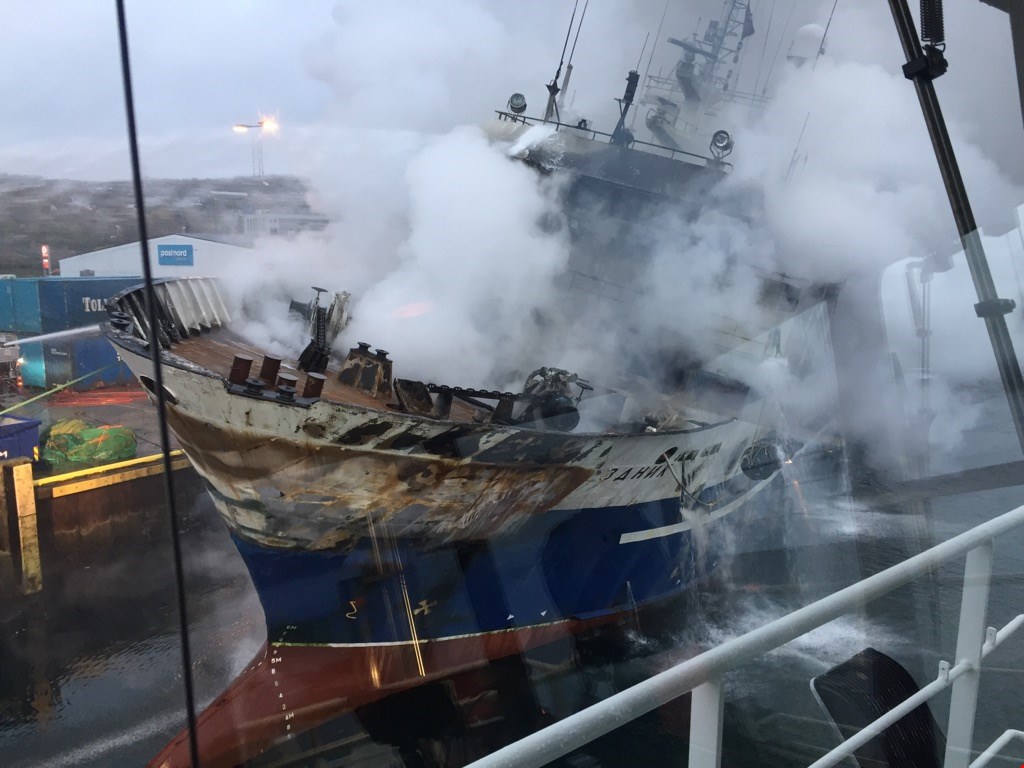 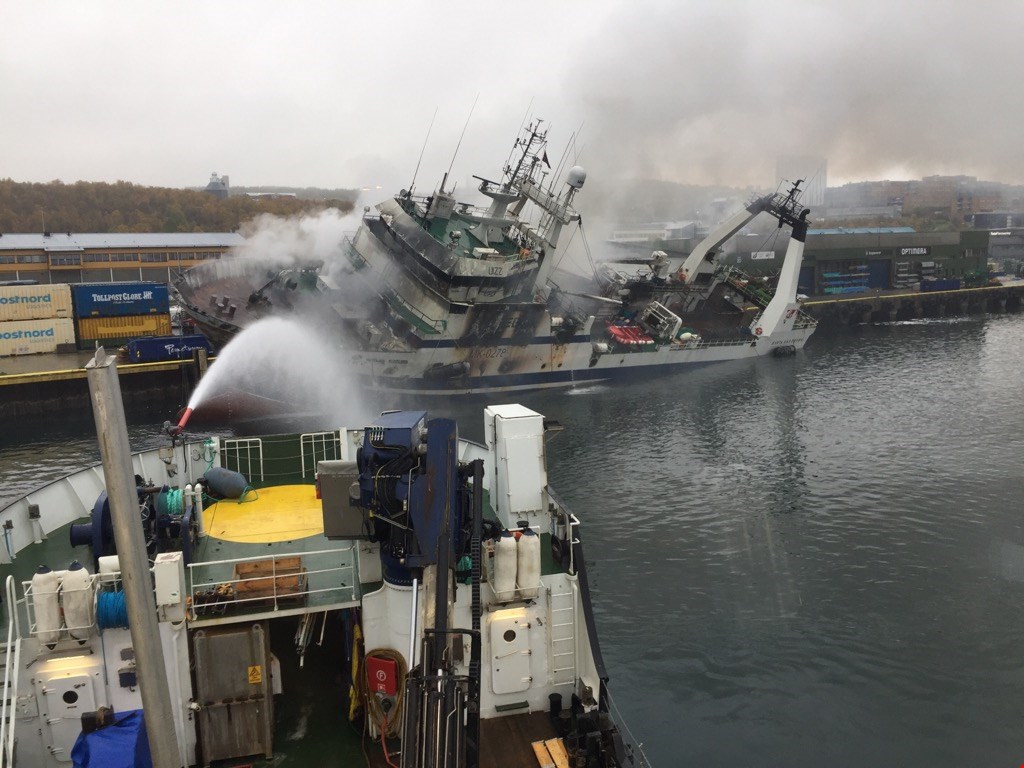 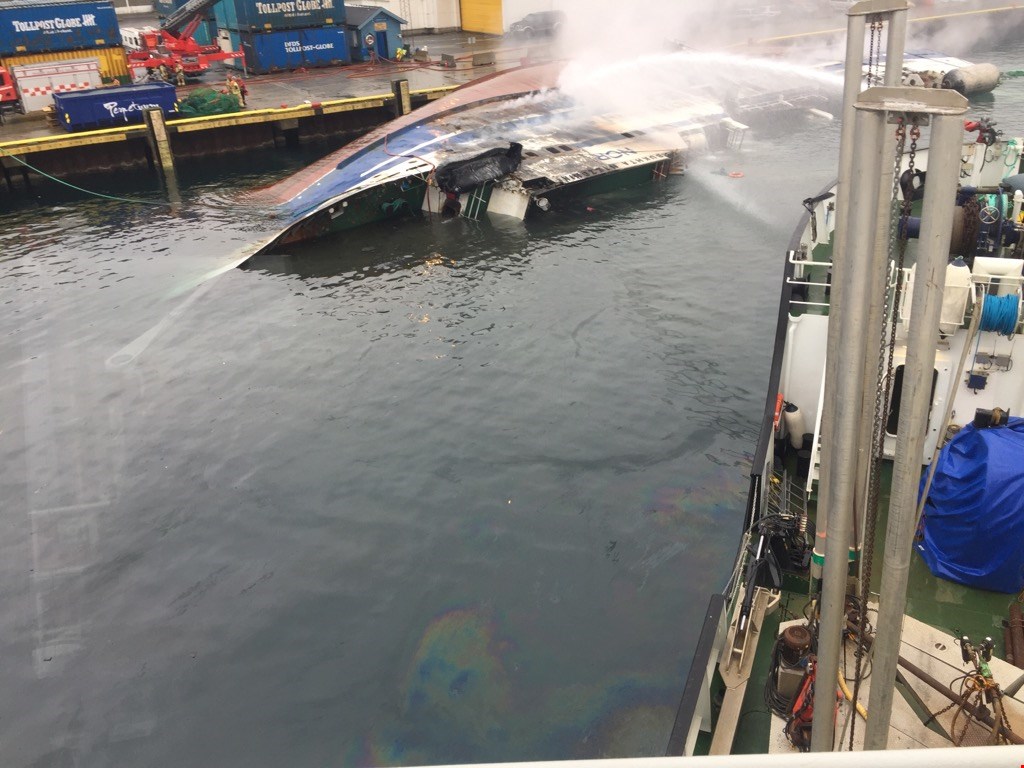 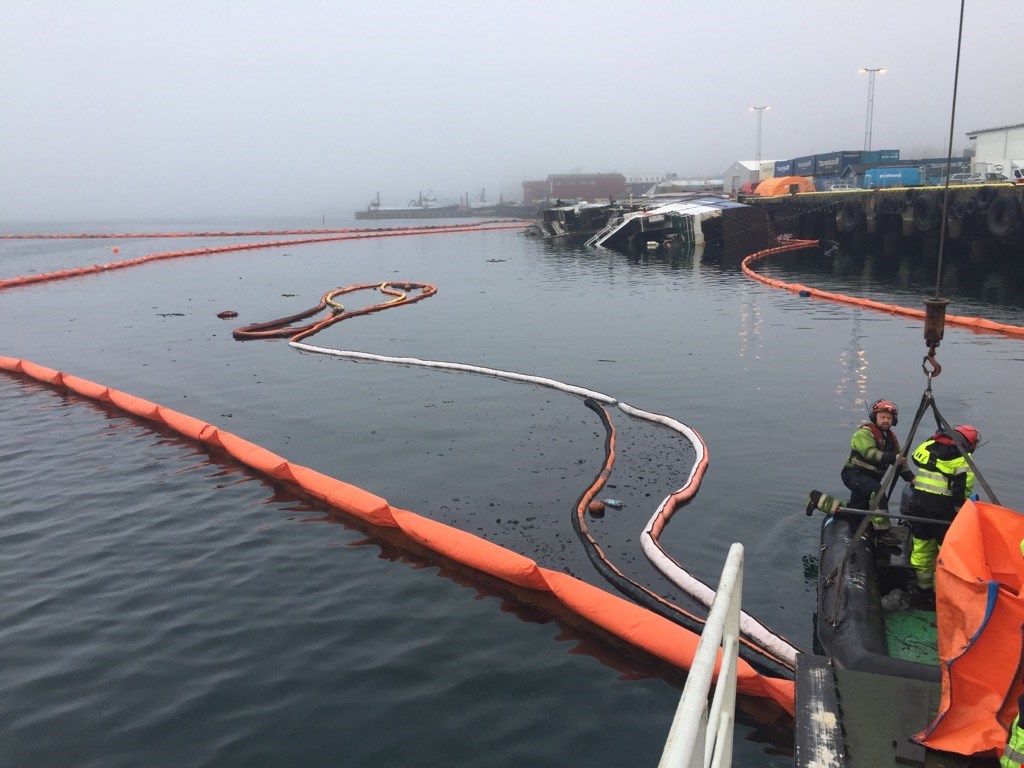 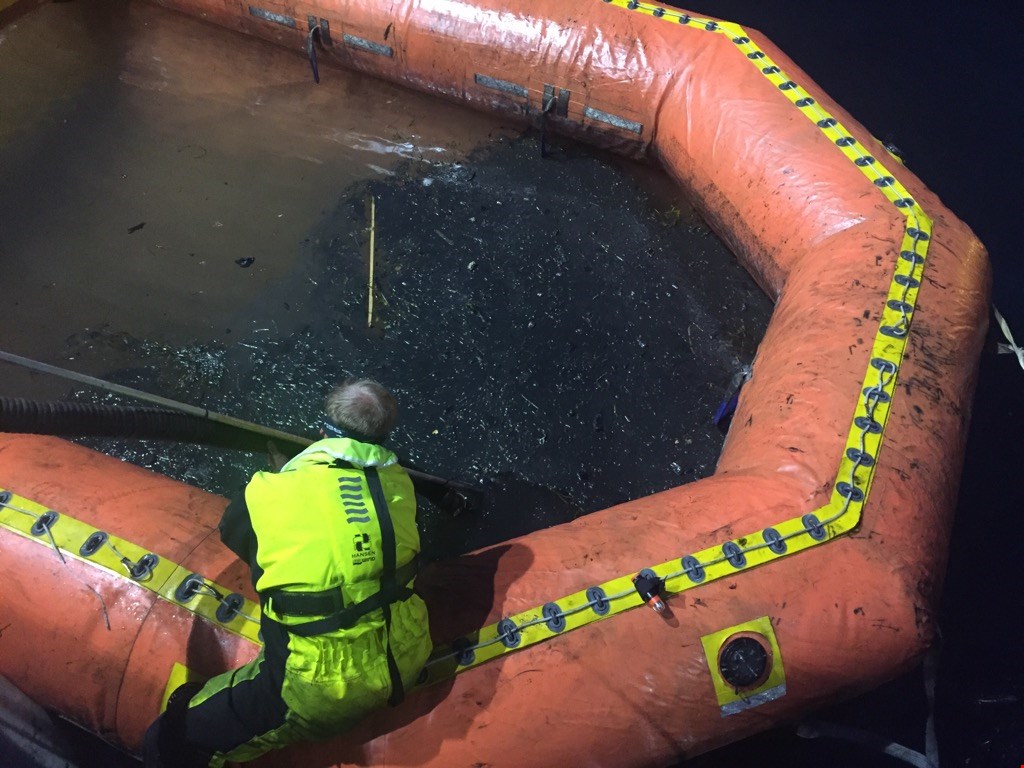 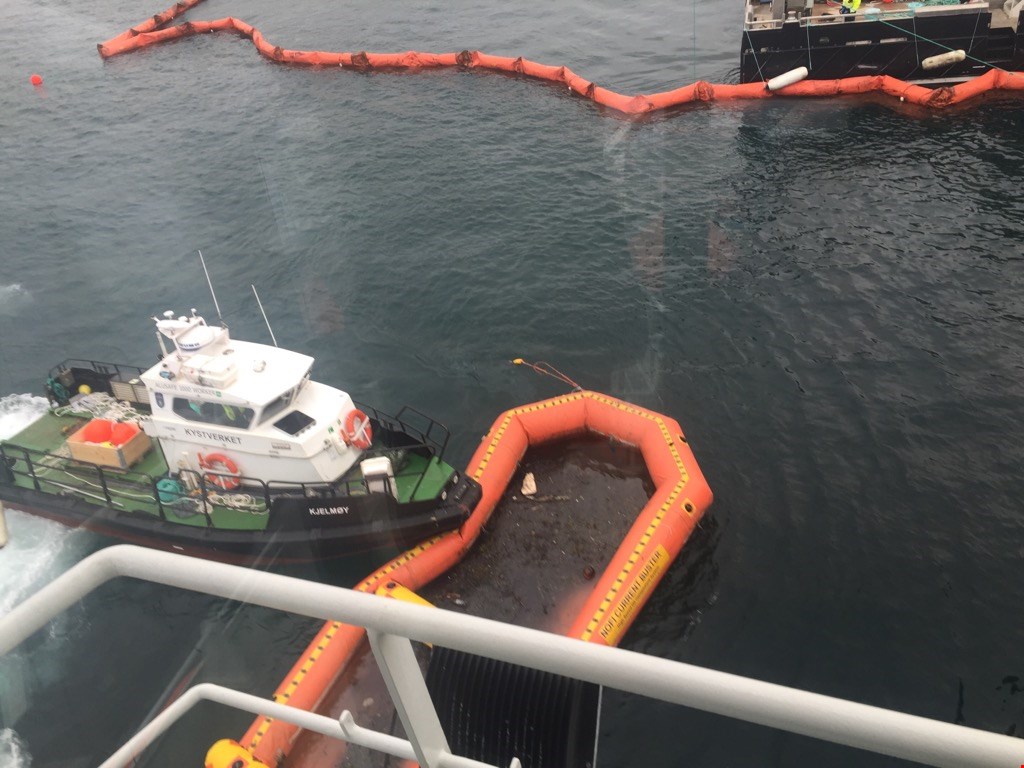 Two spill control vessels were deployed to clean up the oil within the containment booms. A Norwegian Coast Guard surveillance aircraft conducted an overflight on Sunday and found only limited signs of marine pollution, suggesting that the containment effort was largely successful.

The Norwegian Coastal Administration said Monday that it is standing down its role in the response effort, and the shipowner will work with the insurer, Skuld, to manage the remainder of the salvage response. The ultimate plan is to remove the wreck from the pier.