The Royal Navy has allowed the French Navy to tow a "broken-down" British amphib through the English Channel in order to test a new French emergency-response tug.

The FS Garonne pulled the assault ship HMS Albion past the coast of Devon to test out its strength and abilities, one of many recent operations to emphasize Anglo-French naval co-operation in the wake of the AUKUS submarine dust-up.

The Garonne is one of four new Loire-class support ships built for the French Navy. They are designed to provide multiple services, from supporting diving operations and pollution control to assisting submarines and surface ships, including salvage and towing.

Classified as "metropolitan support and assistance ships," they’ve also been designed to tow France’s next-generation carrier, which is due to enter service in the mid-2030s. The future carrier will displace 75,000 tonnes.

While the Royal Navy could not make a carrier available - HMS Queen Elizabeth is deployed to the Indo-Pacific and her sister Prince of Wales is in maintenance at Portsmouth Naval Base - the next largest British warship, the 18,000 tonne displacement HMS Albion, acted as the ‘breakdown victim’ to test the Garonne’s towing ability. 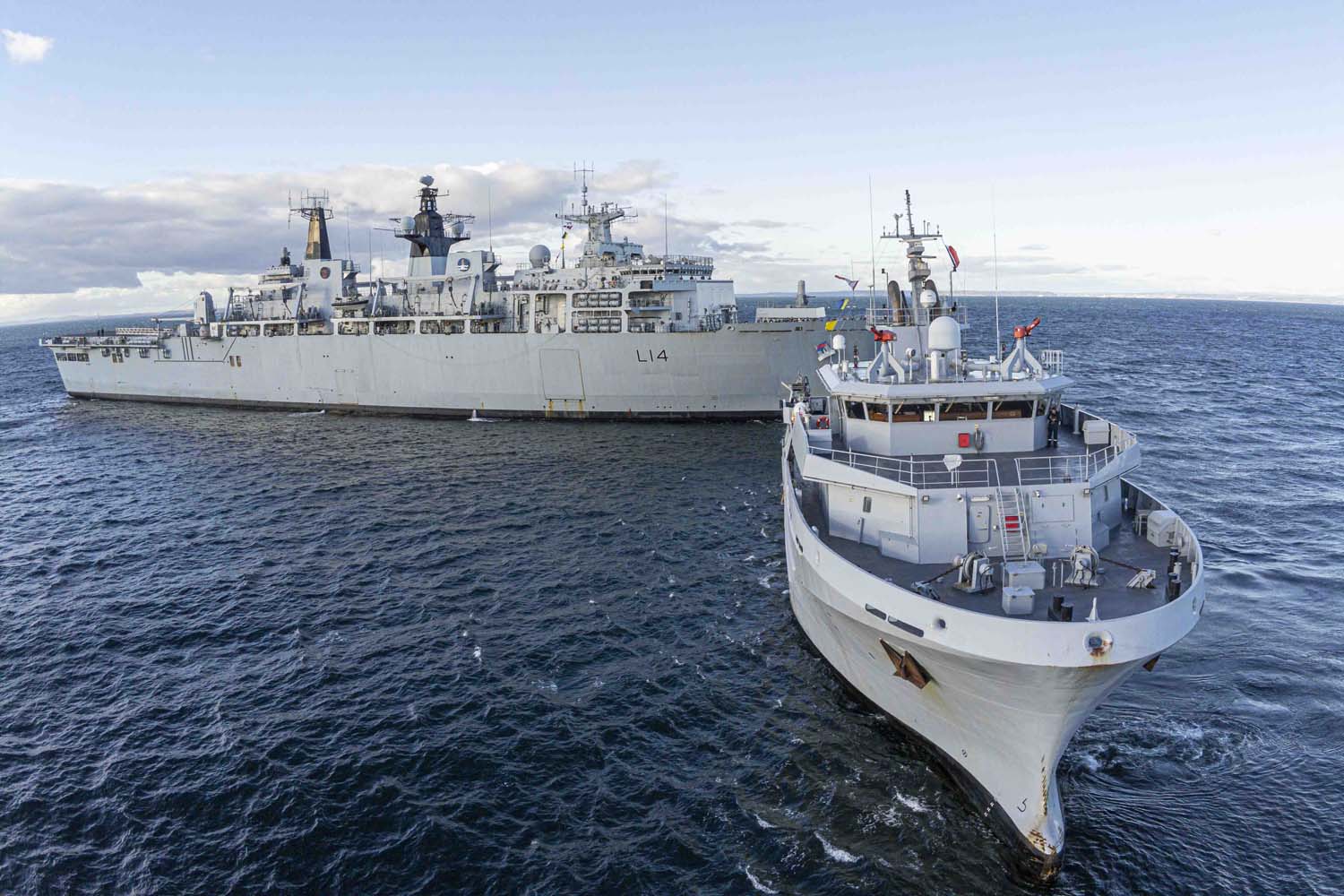 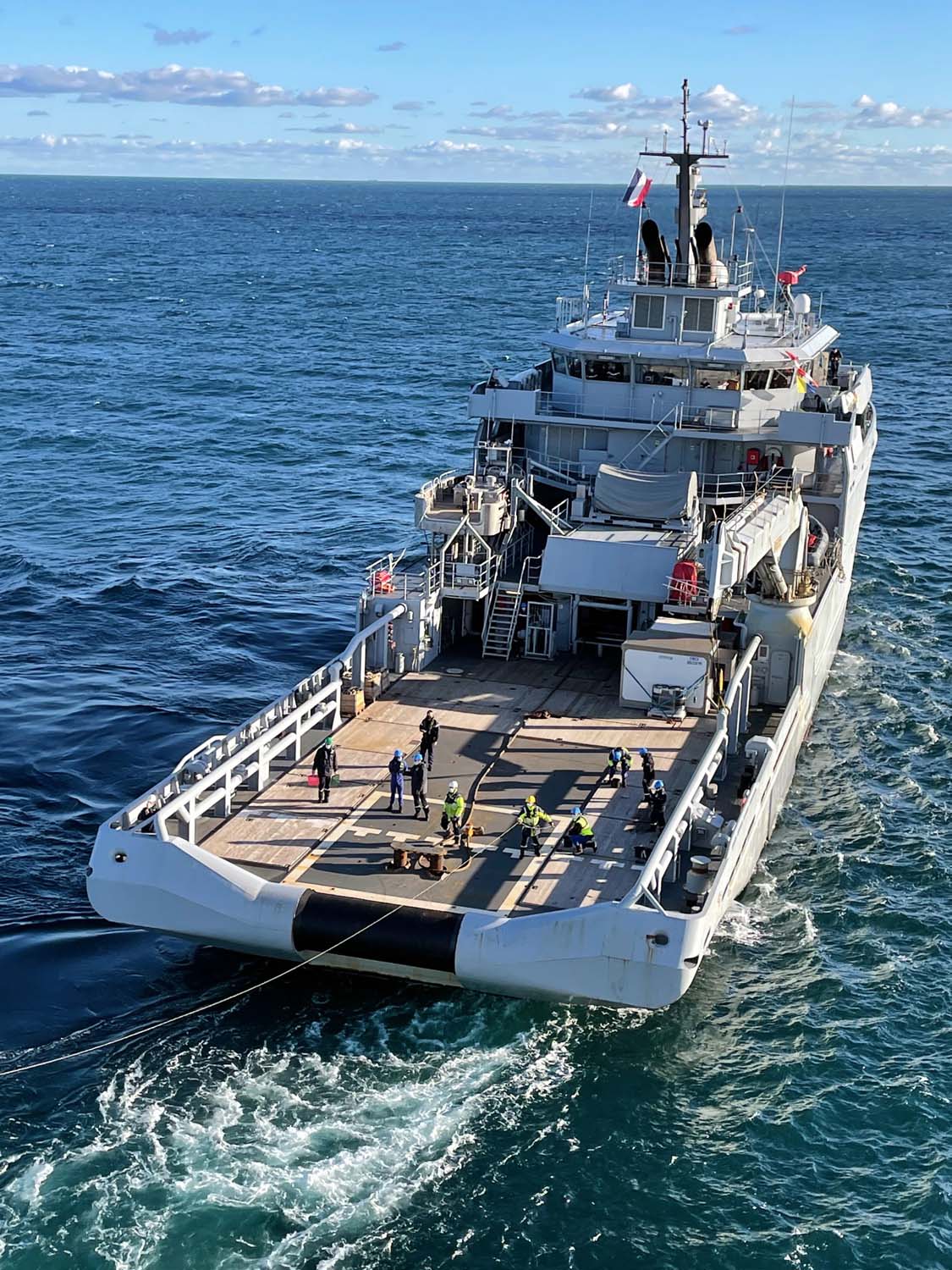 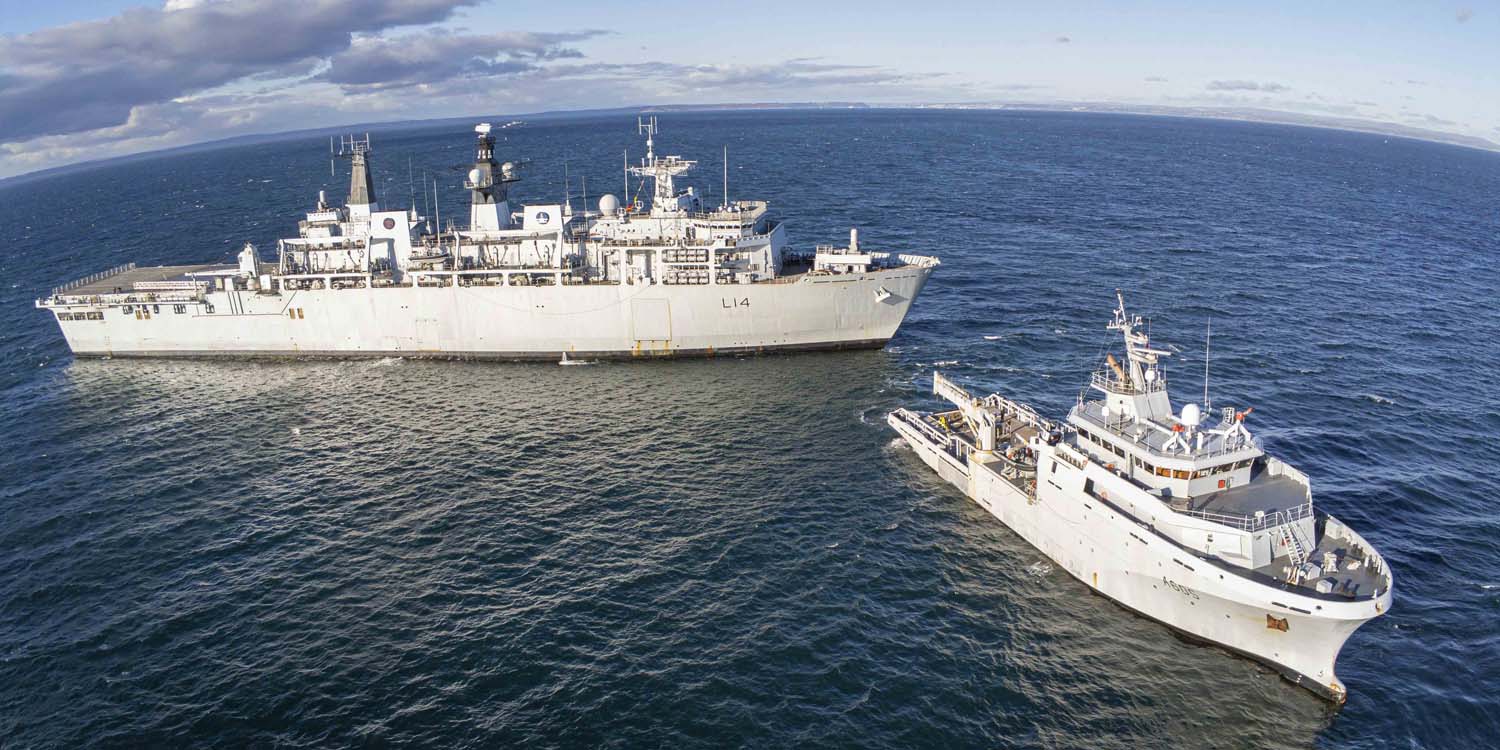 From the British side, the exercise was overseen by the MoD Salvage and Marine Operations (SALMO) team which provides salvage, towing, and heavy lift capability.

“Exercises such as this are fundamental to ensuring an enduring seamanship capability between international maritime partners is maintained. This tested HMS Albion’s ability to be towed safely in the event of an emergency,” said David Price, the SALMO representative onboard HMS Albion.

Before participating, Garonne also carried out intensive trials to prove her ability to work with NATO’s Submarine Rescue System (NSRS). The jointly owned UK, French and Norwegian system is capable of diving down to a submarine in distress, docking with the escape hatches and carrying out an evacuation.

One of the key components is an ROV, which is used to confirm the location of disabled submarines, supply life support equipment and clear any debris or wires entangling the vessel. This was the first deployment of the NSRS to a Loire-class vessel, and the UK-based NSRS team worked with Garonne’s crew to test out the ROV.