On Saturday, Hurricane Lane weakened into a tropical storm and turned west, and U.S. Coast Guard Sector Honolulu reopened most of Hawaii's commercial seaports. Only Lanai's Kalamauapau Harbor remained closed, pending inspection, and was expected to be reopened soon.

“Restoring this vital commerce has been a top priority," said Capt. Michael Long, Coast Guard Captain of the Port. “Cargo vessels and barges offshore can bring in their cargo, cargo already at the port can be processed and distributed to Hawaii. We are continuing damage assessments.”

To reopen ports quickly, Hawaii's Department of Land and Natural Resources worked with the USCG and industry to assess the ports early Saturday. They conducted an ATON survey and checked for any damage to facilities. 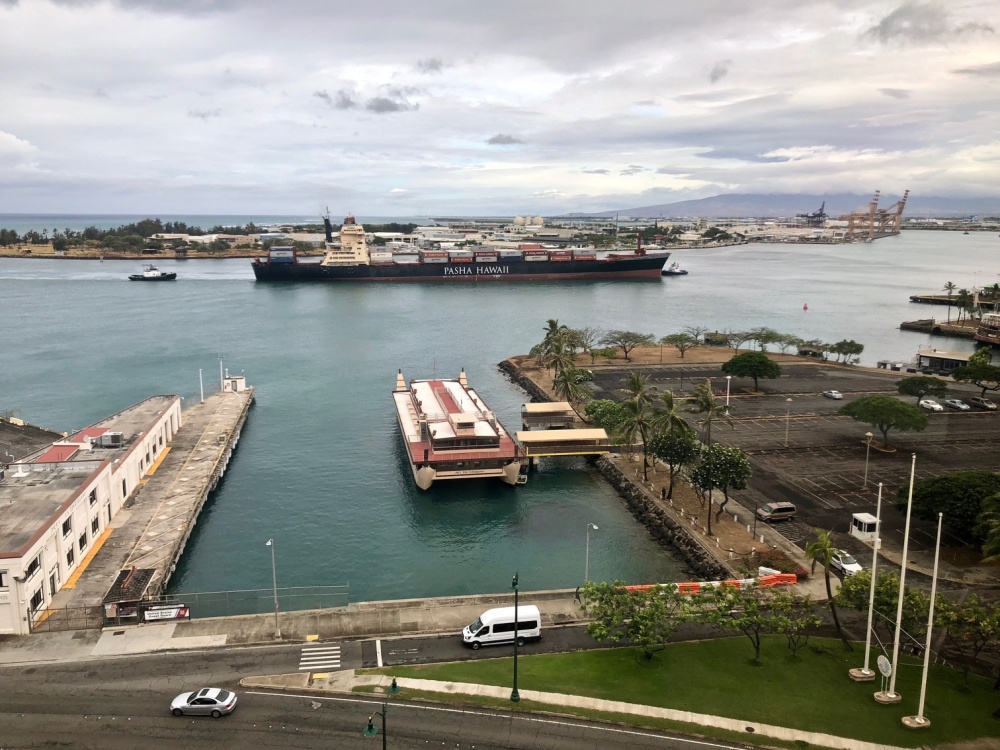 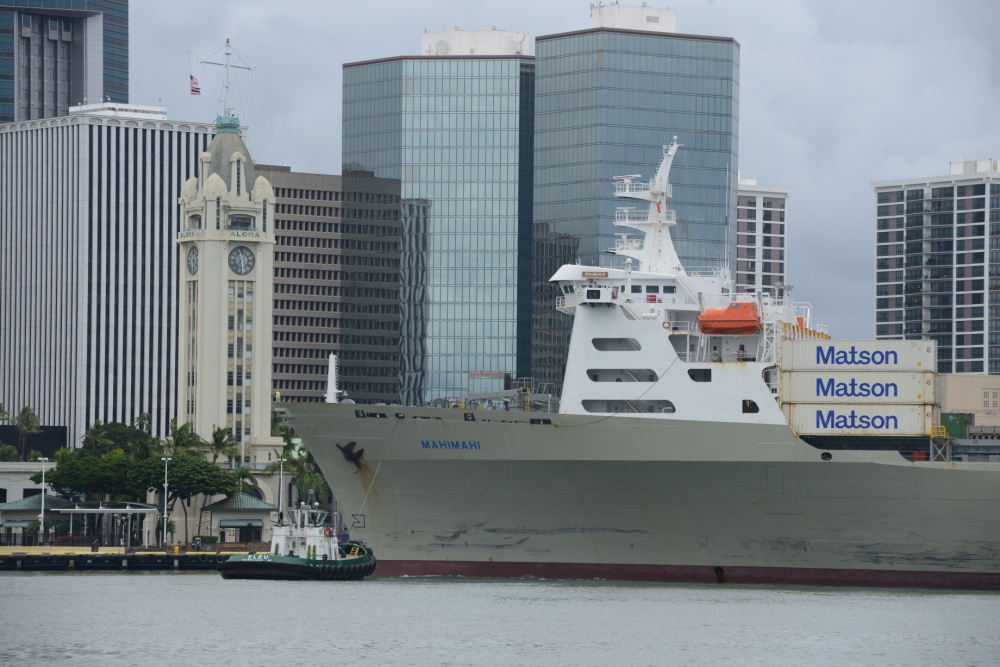 The Mahimahi arrives at Honolulu (USCG) 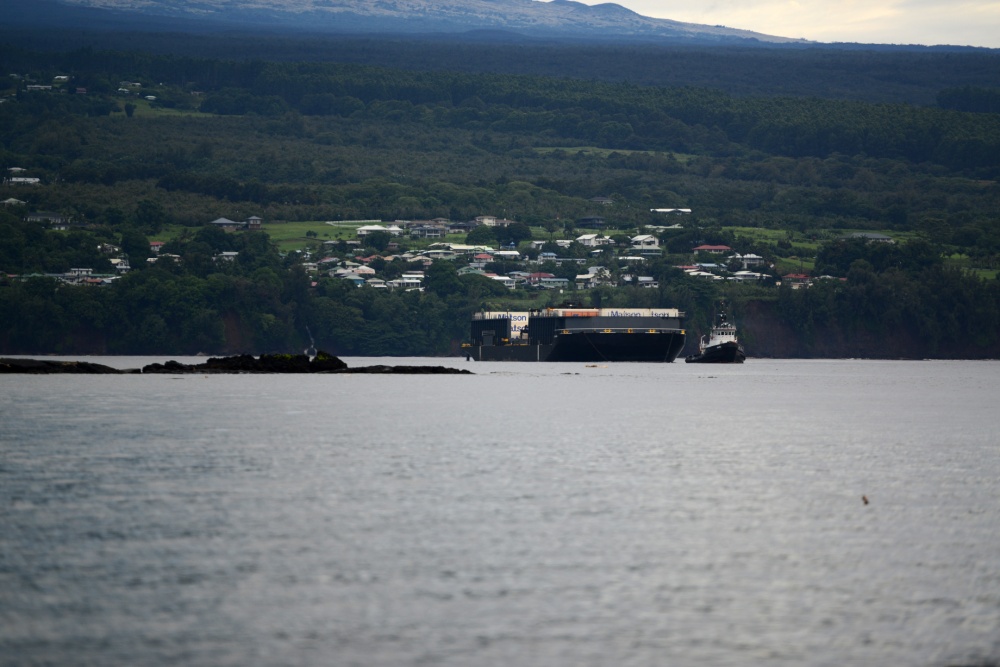 Once the Port of Honolulu reopened, the Pasha Hawaii steamship Horizon Pacific was the first merchant vessel to enter and discharge cargo. The Matson vessel Mahimahi arrived at Honolulu two hours later and discharged about 600 containers. She had called last week and offloaded about 540 boxes, but had to depart before completing her cargo operations due to the approaching storm and the closure of the port.

To support the rapid resupply of the island, Matson has five container ships with a total of 3,500 containers scheduled to call Honolulu by Wednesday. It has also activated one of its four reserve ships, the Consumer, to provide additional capacity and restore normal service as quickly as possible.

Matson's barge services to the outlying islands have also resumed. The barge Columbia arrived at Hilo on the Big Island at 0700 Saturday, carrying about 120 containers. Hawaii was the hardest-hit of all the islands, and Hurricane Lane set a near-record for rainfall as it passed by: 51.5 inches fell on the east side of the island, just shy of the 52 inches recorded during Hurricane Hiki in 1950 and the 60.5 inches of rain that fell on Port Arthur, Texas during Hurricane Harvey.

Pearl Harbor Naval Shipyard also resumed operations on Saturday. In a Facebook post Friday, the giant facility called on its 6,000 employees to return to work, citing the positive weather forecast.