Salvors are working to contain a diesel spill from a sunken fishing vessel near the port of Sitka, Alaska.

On Friday, Coast Guard Sector Juneau received a report that the fishing vessel Haida Lady had sunk at a position between Cobb Island and Silver Point, just south of Sitka. According to the Alaska Department of Environmental Conservation, the vessel came to rest on her port side in 6-18 feet of water.

The vessel discharged an unknown amount of diesel near Cobb Island; the owner told the DEC that there were 1,500 gallons of fuel aboard when it sank, along with 55 gallons of hydraulic oil.

Hanson Marine has been contracted by the Coast Guard to mitigate pollution and recover the vessel. The source of the discharge was secured on Sunday, and Coast Guard Marine Safety Detachment Sitka is monitoring the clean-up. 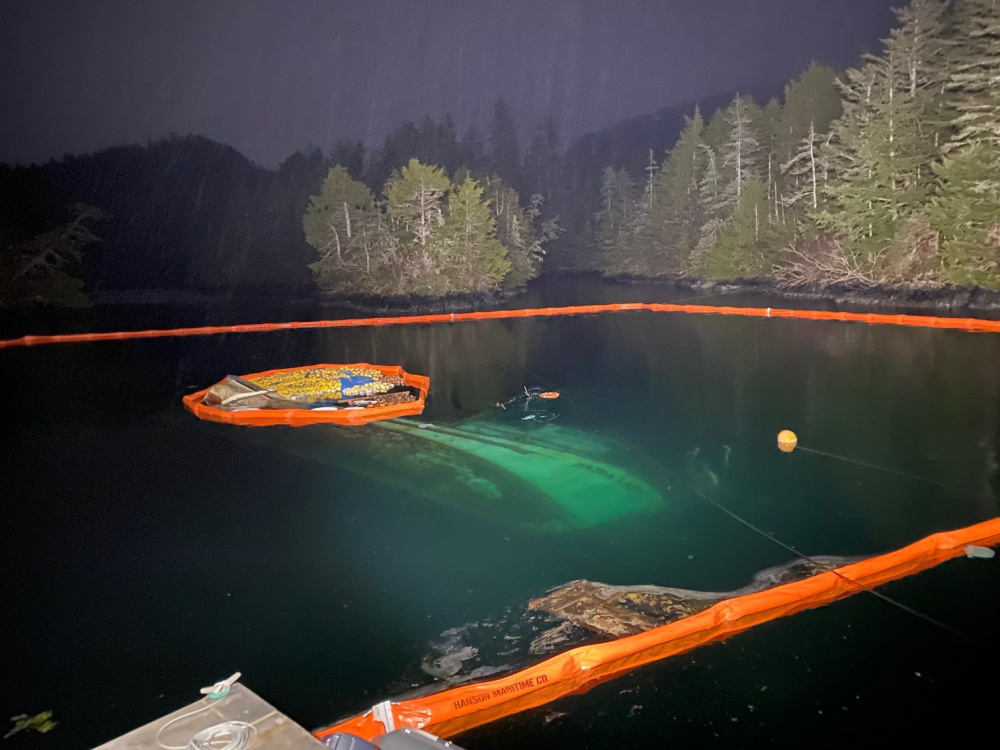 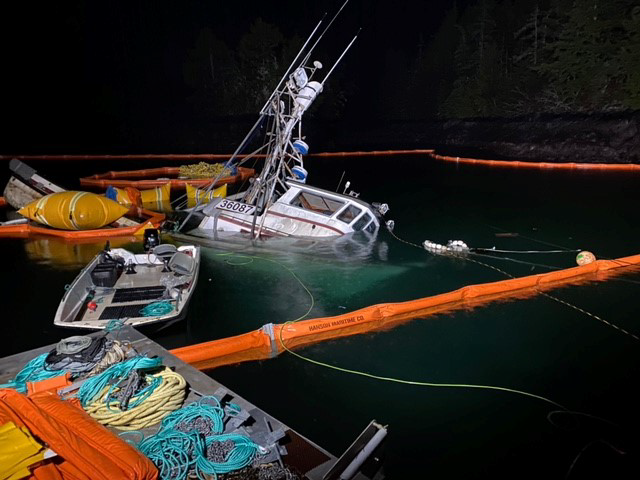 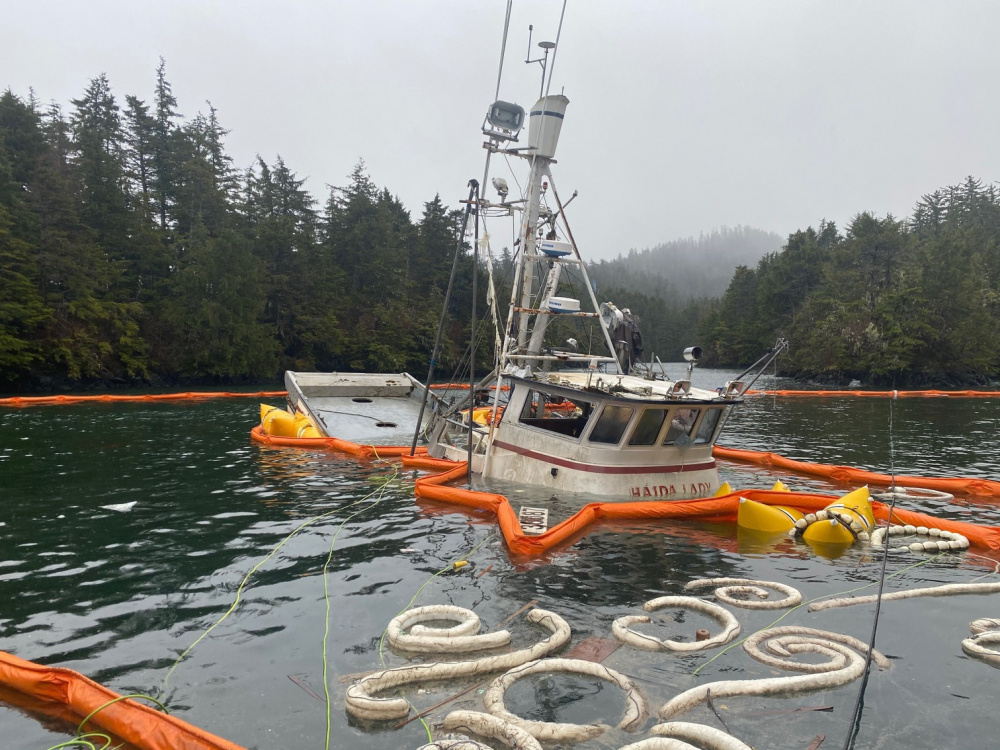 Salvors deployed containment boom around the vessel, and they have used hundreds of feet of sorbent boom to pick up spilled fuel. Divers have installed lift bags to shift the vessel upright, raising the wheelhouse and the fuel vents above the waterline. The dewatering and fuel removal process is now under way, and about 825 gallons of fuel has been recovered from the vessel's tanks so far.

The total amount of diesel fuel discharged is not yet known, and the Coast Guard is working to calculate the maximum potential discharge. The service has confirmed with the vessel's owner that no one was aboard when it sank.