Photos: Freighter Goes Aground Off Corsica

At about 0300 hours Sunday morning, the coastal freighter Rhodanus went aground on Corsican shores near the Bonifacio Strait. According to French maritime agency Premar Mediterranee, the vessel ignored repeated calls from three navigation safety centers for about 50 minutes, and she continued on a steady course until she reached Corsica's southeast shore.

No pollution or injuries have been reported, and for now, the priority for first responders is to ensure that the Rhodanus remains stable. Multiple tugs and response vessels are on scene, including the rescue tug Abeille Flanders, the tugboats Koral and Persevero, and the French Navy survey vessel Laperouse. Maritime gendarmes are also aboard the Rhodanus, according to Premar Mediterranee. To ensure a minimum of disruption to the response operations, the agency has implemented a 1000 meter no-navigation safety zone surrounding the site.

A French Navy dive inspection team determined that the Rhodanus is resting on her bow only, and she will require lightening in order to refloat. She is carrying about 2,600 tonnes of steel coils, and the salvage team is now identifying the right assets to charter in order to hoist the cargo from her holds. The shipowner and the vessel's insurer are engaged in the salvage effort, Premar Mediterranee said. 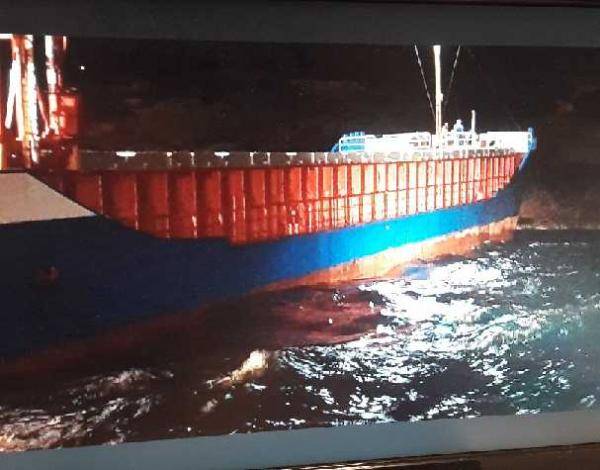 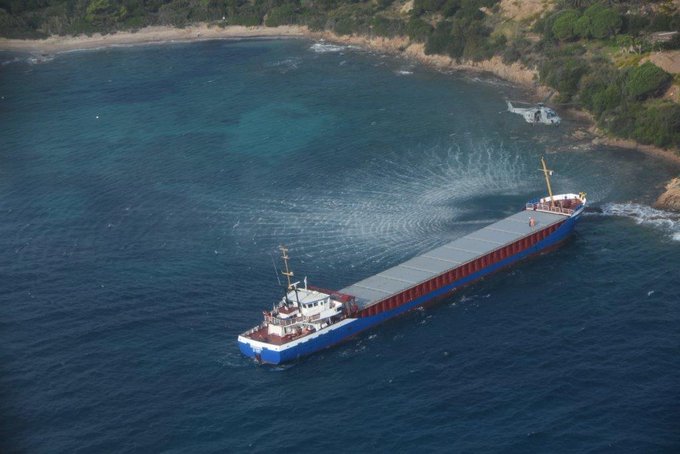 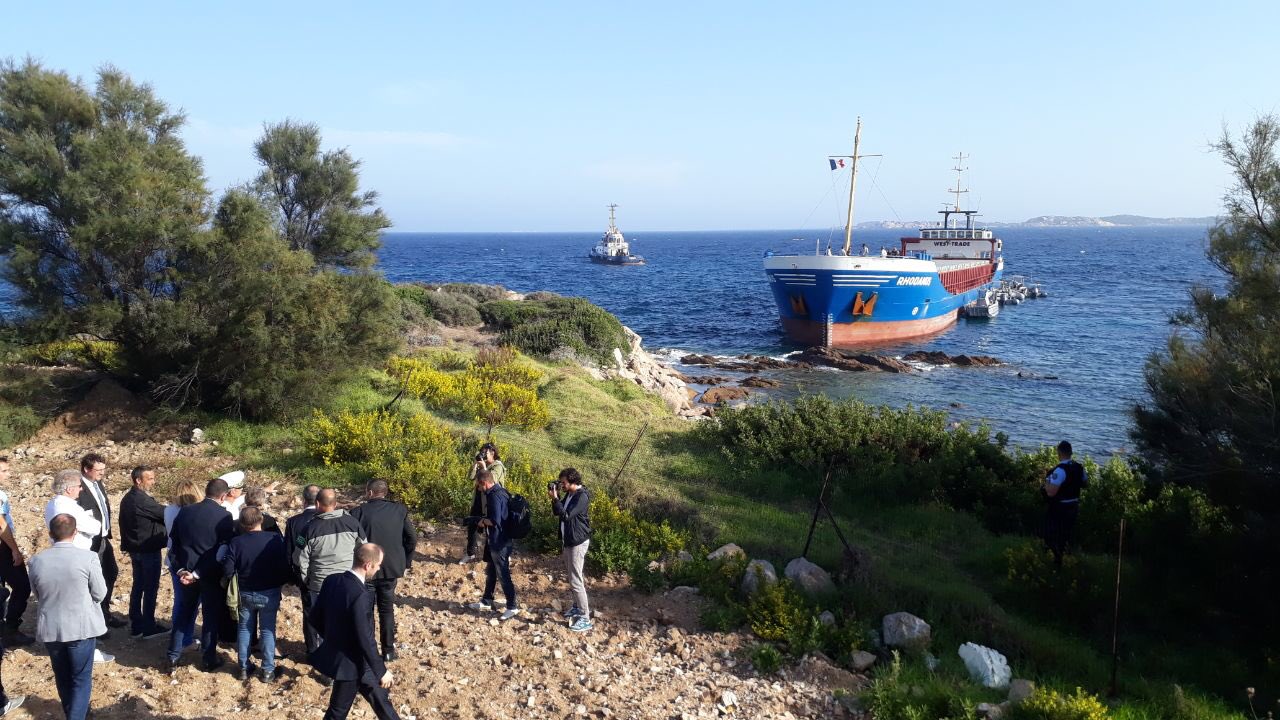 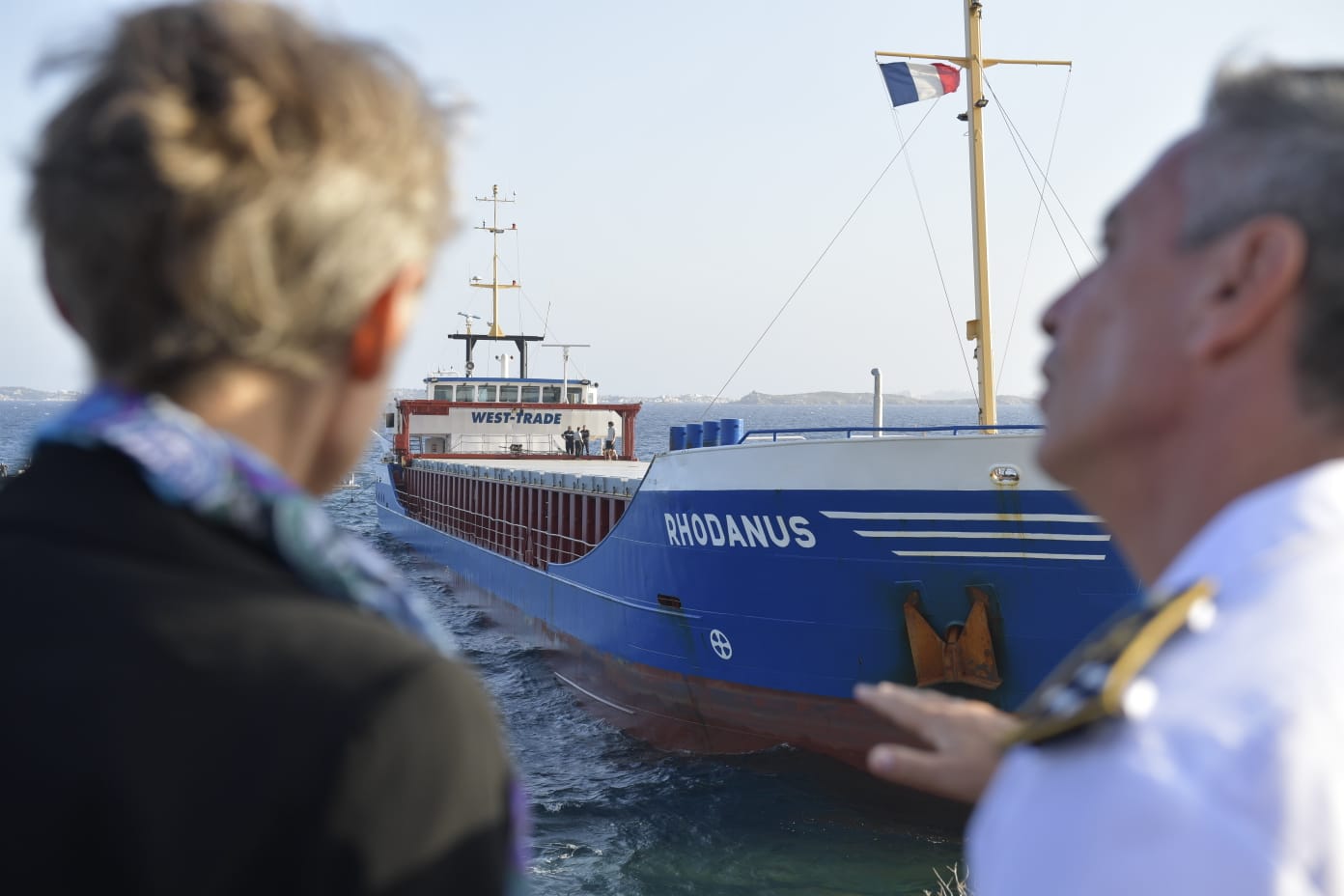 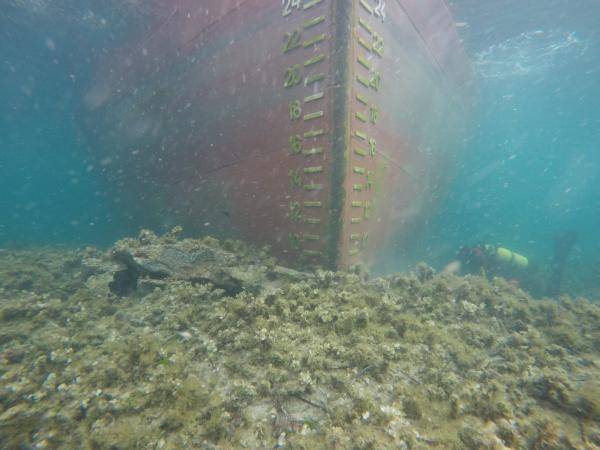 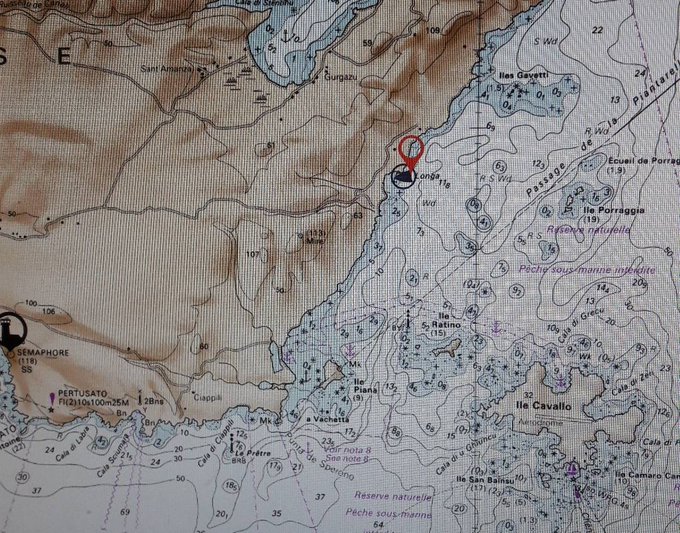 To protect safety of navigation and preserve the marine environment, French and Italian authorities operate a joint vessel traffic management system for the Bonifacio Strait (Bouches de Bonifacio). The area is also covered by a cross-border nature reserve, which includes the adjacent waters of Corsica and Sardinia and the archipelago of small islands dotting the waterway.

In response to the grounding, several local Corsican politicians called for better preventive measures and a review of maritime traffic control for the strait. "The necessary steps must be taken to prevent an ecological disaster in the future," said Petru Antone Tomasi, a leader of the Corsica Libera (Free Corsica) party, in a social media post Monday.