In most cases when there is a medical emergency aboard a cruise ship it becomes an intricate process often involving a helicopter for a medevac coordinated with the local coast guard. Not the case for a river cruise ship last Friday, October 22, which “pulled over” and called the 911 emergency phone service.

The American Song, a luxurious modern river cruise ship operated by American Cruise Lines, sails along the Columbia and Snake rivers in Washington state. The ship, which has a capacity of up to 184 guests, was on its cruise when a passenger suffered a “serious medical emergency.” Being attended to by a nurse, the decision was made that the passenger required further medical attention and so the captain of the American Song called 911.

“Kennewick Firefighters see a lot of the same calls over and over again, but once in a while, we deal with something new,” the local fire department writes on social media. “A cruise ship passenger was experiencing a medical emergency and the vessel had to be beached just west of the Blue Bridge so we could board the ship and initiate patient care.” 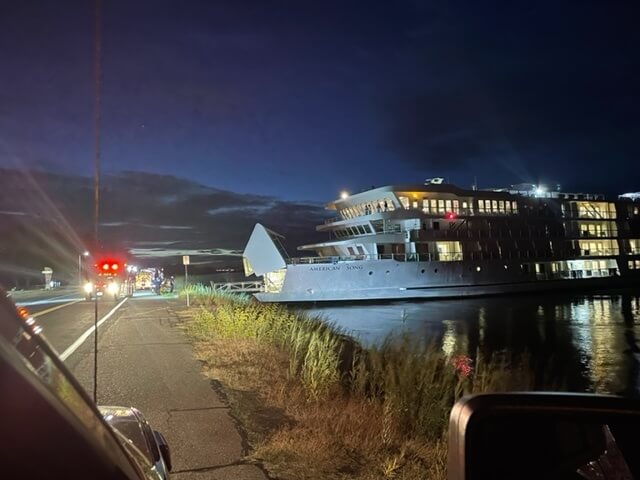 At 6:30 p.m. Friday evening, the captain of the cruise ship skillfully navigated the ship to the side of the river bow first. The ship was nudged on the bank of the river where they could raise the ship’s bow to provide access to an embarkation ramp.

The firefighters and medics went to the cruise ship and with the aid of the nurse transferred the passenger to a waiting ambulance to be taken to the local hospital.

“Awesome work by the captain to get the boat safely beached onshore so crews could safely board!,” says the fire department. “Great job to those on board the ship for recognizing a medical emergency and calling 911.”

With the medevac completed, the cruise ship was able to return to the river and its cruise. 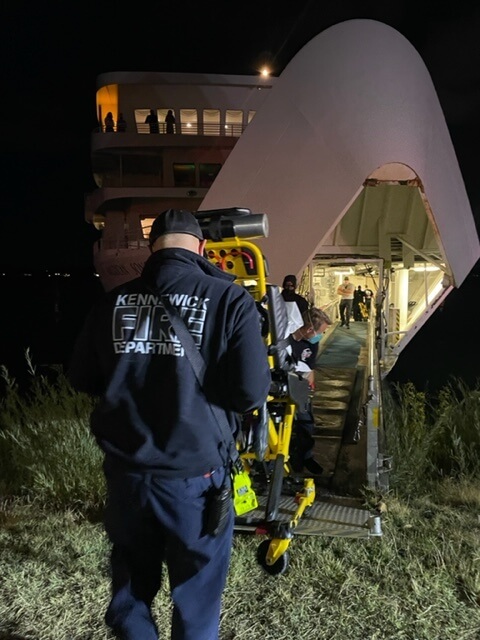 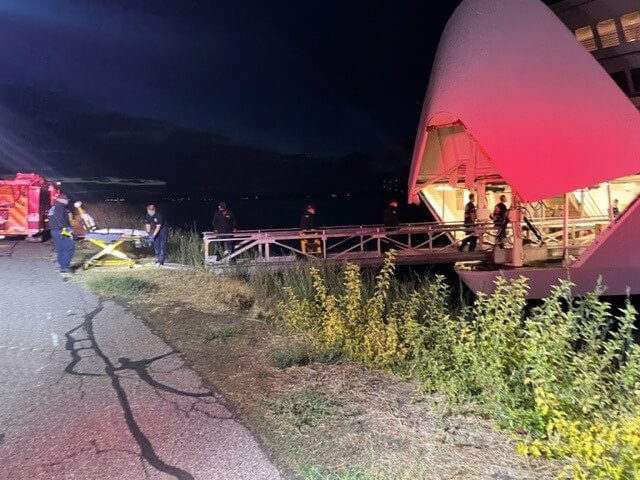