Photos: China Sets Up U.S. Warship Targets in the Desert

Satellite imaging company Maxar Technologies has obtained photos of a target laid out in the distinct shape of an American aircraft carrier on a rocketry range in the deserts of Xinjiang, China.

The two-dimensional fabric target has roughly the same form as a U.S. Navy Ford-class carrier, according to analyst H.I. Sutton, who first released the images on USNI News, and it appears to be radar-reflective. It is accompanied by another familiar shape, a clear 2D mockup of an Arleigh Burke-class destroyer. In addition, the site has been equipped with a rail-mounted moving "ship" target, along with a large support complex of warehouses and buildings. 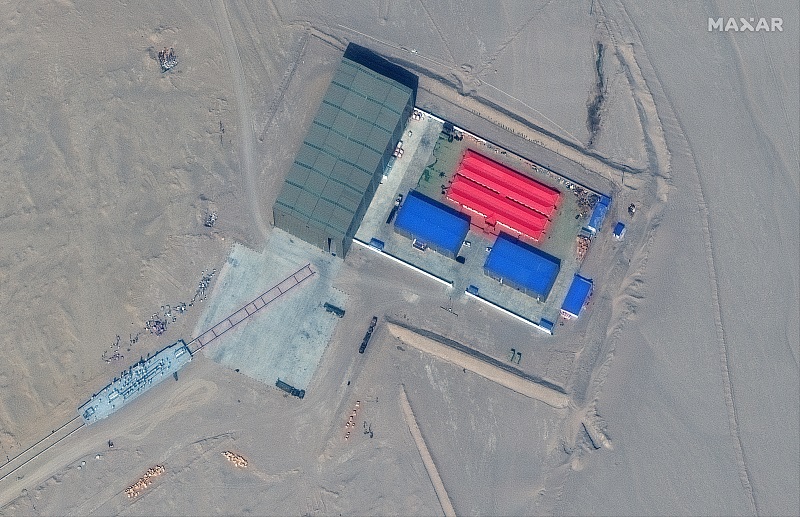 The photos show that the support complex (above) has a road connecting to the new Hotan-Ruoqiang railway, a single-line track which was just finished in September.

The site is located in the sparsely-inhabited Taklamakan Desert, to the west of Ruoquiang, Xinjiang Province (approximately 38 49.1 N 87 45.2 E). The flat plain of the test site is a moonscape, and it appears to be only recently developed for testing. In previous Maxar imagery used by Google Maps, the target installation - along with several new elements of road and rail infrastructure - do not appear at all, only a few hardscrabble farms and a two-lane highway. 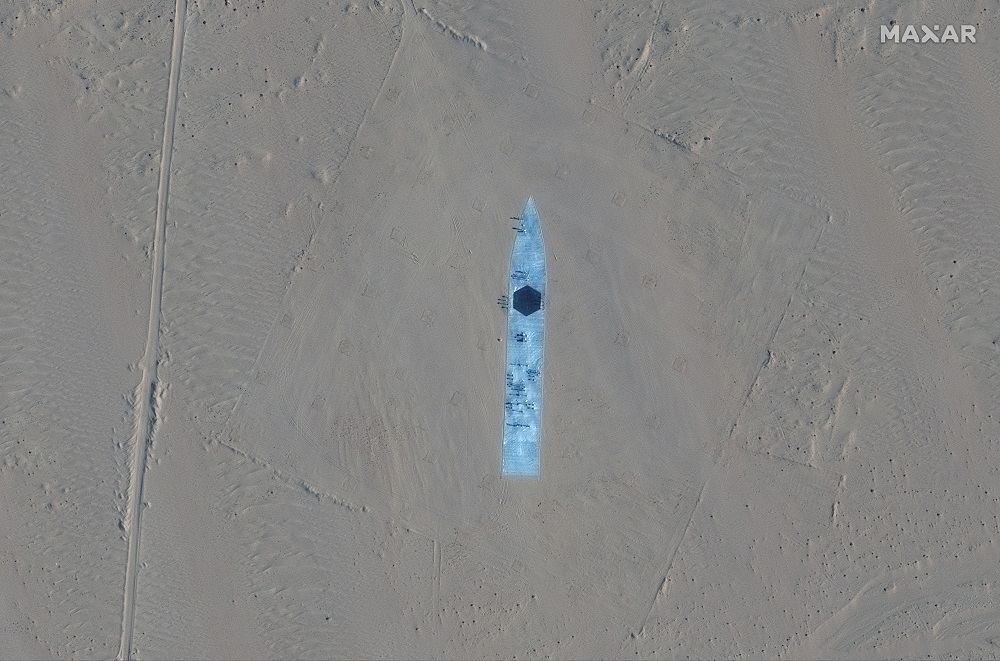 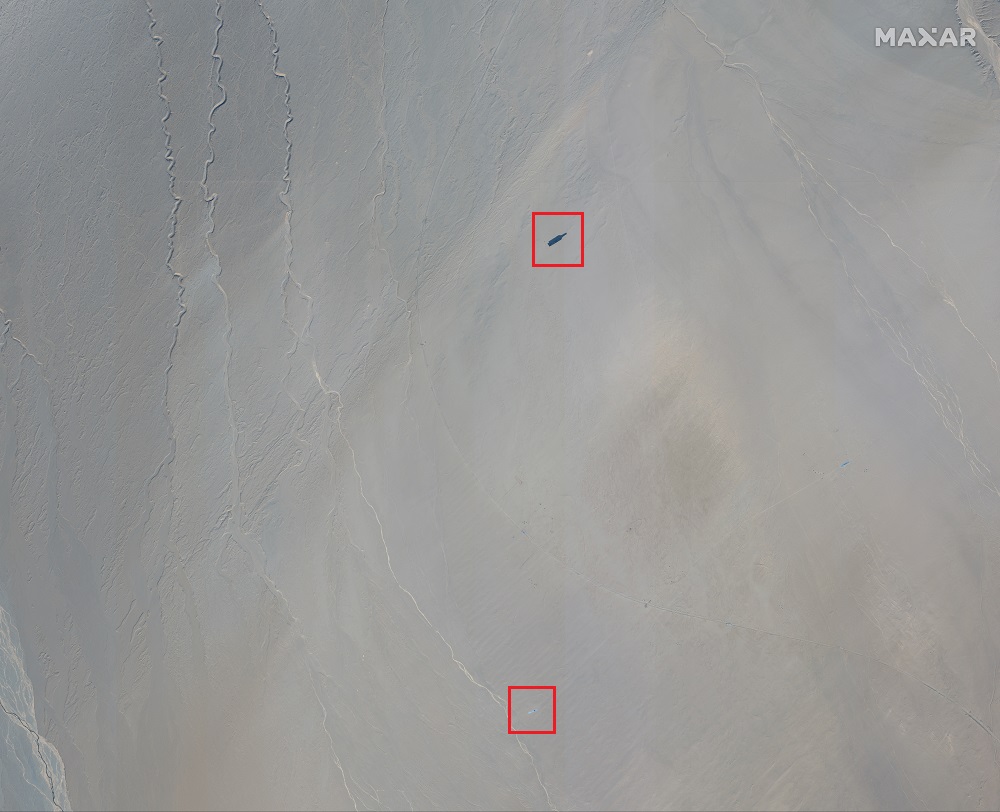 The mock carrier and destroyer are oriented on the same heading, roughly four nautical miles apart on a sea of sand (Satellite image ©2021 Maxar Technologies) 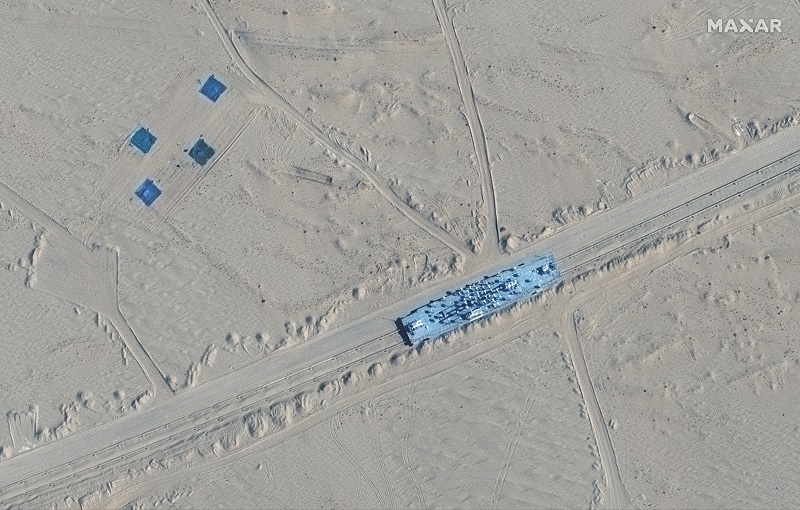 A rail-mounted target. Photos show that there are at least two of these targets in use on the rail line. (Satellite image ©2021 Maxar Technologies)

Analysts believe that the purpose of the site may be for ballistic-missile target practice. China is known to possess two anti-ship ballistic missiles, the "carrier-killer" DF-21D and DF-26, and it is possible that the ship-shaped targets will be used for live-fire testing of these munitions; however, as of November 1, there were no signs of impact craters or other material damage at the site.

Lu Li-shih, an analyst and former instructor with Taiwan's Naval Academy, told South China Morning Post that the site's location is significant. It is about 1,600 miles from known PLA Rocket Force launch sites in Inner Mongolia - just about right for simulating a long-range strike from central China into the South China Sea, or from southeast China to the U.S. naval base at Guam.

“The message from Beijing to the Americans is, 'don’t believe aircraft carrier strike groups are unbeatable,'" Chinese military researcher Zhou Chenming told SCMP. "Now even the US naval bases in the region are under the coverage of the PLA’s DF-26 and other medium-range ballistic missiles."

For its part, the Chinese Foreign Ministry has denied knowledge of the target facility.