The Suez Canal Authority (SCA) responded quickly to avert another blockage of the canal on Monday, January 9 after a bulker in the southbound convoy experienced mechanical problems and grounded. In less than two hours the vessel was reported under tow and traffic was resuming in the canal.

MV Glory, a 76,500 dwt bulk carrier registered in the Marshall Islands had arrived at the Port Said Anchorage at the northern terminus of the Suez Canal yesterday. The vessel, which is 738 feet long and traveling currently with a draft of 43 feet, entered the Suez Canal in a southbound convoy. The vessel had departed Chornomorsk, Ukraine on December 25 loaded 65,970 metric tonnes of corn and after being inspected on January 3 near Istanbul proceeded to the canal.

The Suez Canal Authority reported the Glory suffered a “sudden technical failure” when it was at the 38-kilometer post in the canal. They responded with four tugs with a pull force of 95 tons to deal quickly with the situation and the ship's towing. 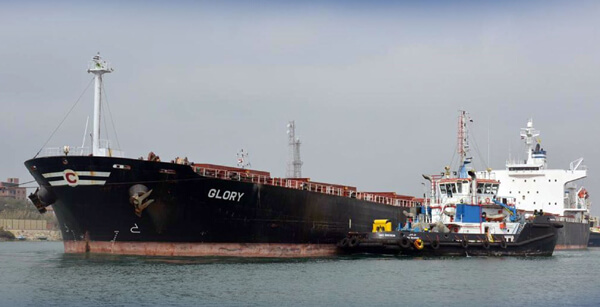 The incident caused a minor disruption of traffic with the Southbound convoy of ships being forced to hold in position until after the tugboats had towed the bulk carrier to the 51-kilometer point. The SCA reported that a total of 51 vessels were expected to transit the canal including 25 ships coming from the north. The Leth Shipping Agency had reported that 19 vessels were waiting at Port Said to enter the canal.

“SCA salvage unit has dealt with the sudden technical failure in the machinery of the bulk carrier MV Glory in a very professional manner,” the SCA said in a statement. “The vessel, which is among the North convoy on its way from Turkey to China, is now being towed to 51 kilometer (Canal marking).”

With the assistance of the Suez Canal tugs Ali Shalabi, Port Said, and Svitzer Suez 1, the Suez Canal authorities managed to get the vessel refloated. The tugs towed the vessel to the nearest stop in Al-Ballah area from where the cause of technical failure was being investigated. The first reports came at 7:51 am local time and by 9:45 am local time the SCA reported traffic was again moving normally.

When completed, the SCA reports the project will improve navigation safety by 28 percent while also adding capacity for six more vessels. The Suez Canal is one of the world’s most important shipping waterways, with its 120 miles hosting 30 percent of global shipping container traffic and 12 percent of all global trade worth about $1 trillion annually. 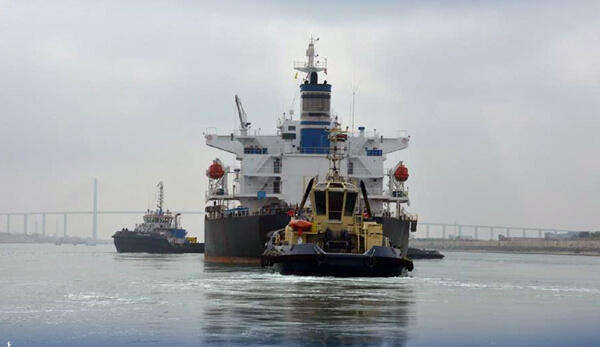 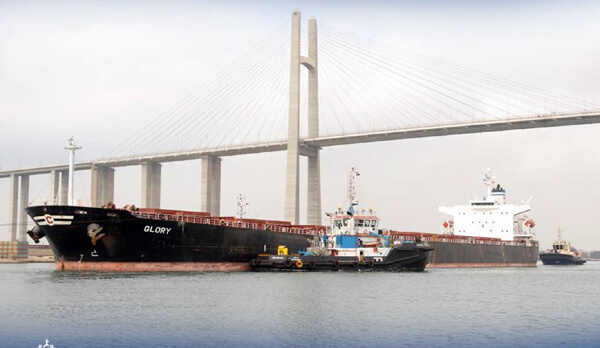