The rail barge Nana Provider went aground Saturday night on Quadra Island, British Columbia, just across the Discovery Passage from the town of Campbell River.

An assessment revealed that the barge has sustained hull damage, according to the Canadian Coast Guard, bringing plans for a Sunday afternoon refloat attempt to a halt. New salvage plans are now being determined under Canadian Coast Guard supervision. 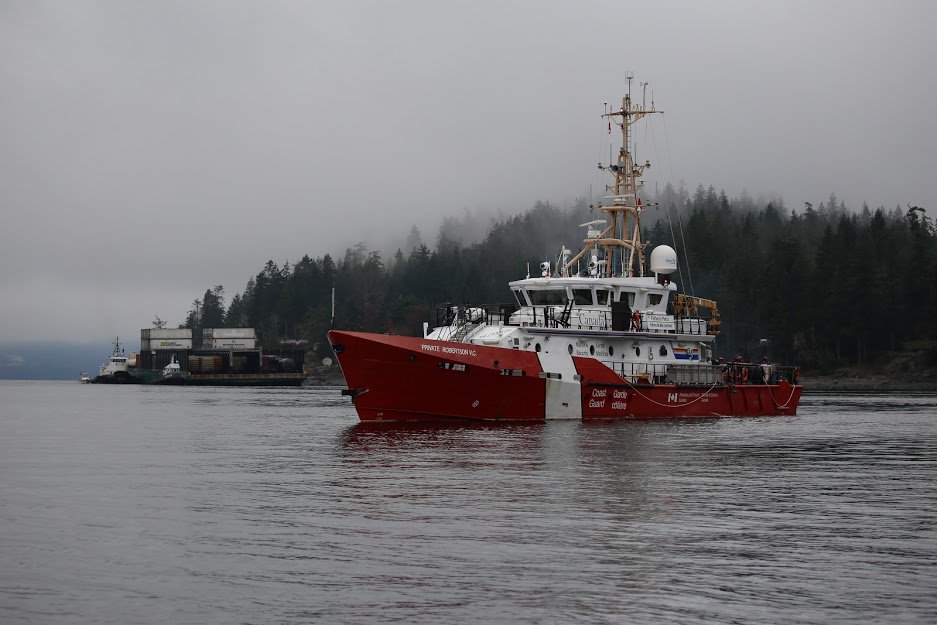 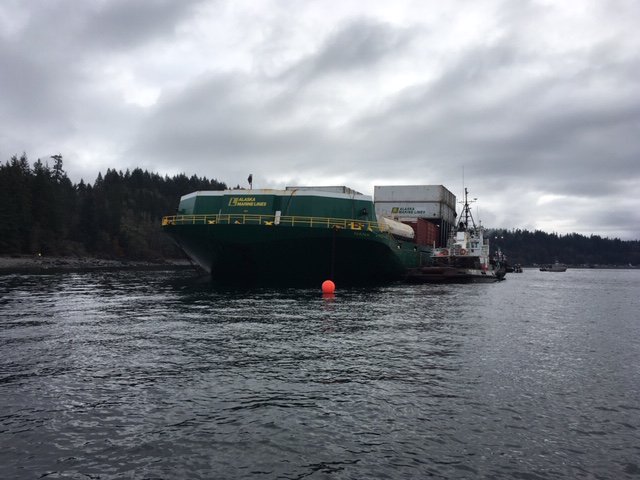 The Nana Provider was under tow with empty containers and rail cars on board at the time of the casualty, according to the CCG. The tug was unharmed and is still on scene at the site of the grounding. None of her crewmembers were injured and no pollution has been reported.

The Nana Provider is operated by Alaska Marine Lines on its Seattle-to-Alaska rail barge service, which delivers rail cars and containers from the lower 48 states to a terminal in Whittier. The 1974-built Polar King is operated by tug company Dunlap Towing.

Nearby residents on Quadra Island told Canadian media that the grounding was audible from some distance off. "I was sitting in my living room and all of a sudden I heard a humongous scratching and grinding and had no idea what it was," said local resident Catherine Smith, speaking to CBC. "It sounded like Armageddon."