The U.S. District Court for the Southern District of New York has reached a decision in the case of the explosion aboard the container ship MSC Flaminia in 2012. According to the court, the fault for the casualty lies with the manufacturer and freight forwarder of a potentially hazardous cargo.

On July 14, 2012, as the Flaminia was under way from New Orleans to Antwerp, a cloud of smoke began emerging from Hold 4. The crew treated it as evidence of a container fire and released CO2 to suppress it. When a seven-man team went forward to prepare firehoses alongside the hatch, an explosion followed. In the aftermath, three crewmembers were killed, two were severely injured, the vessel was damaged, and most of the cargo containers aft of Hold 4 were destroyed. 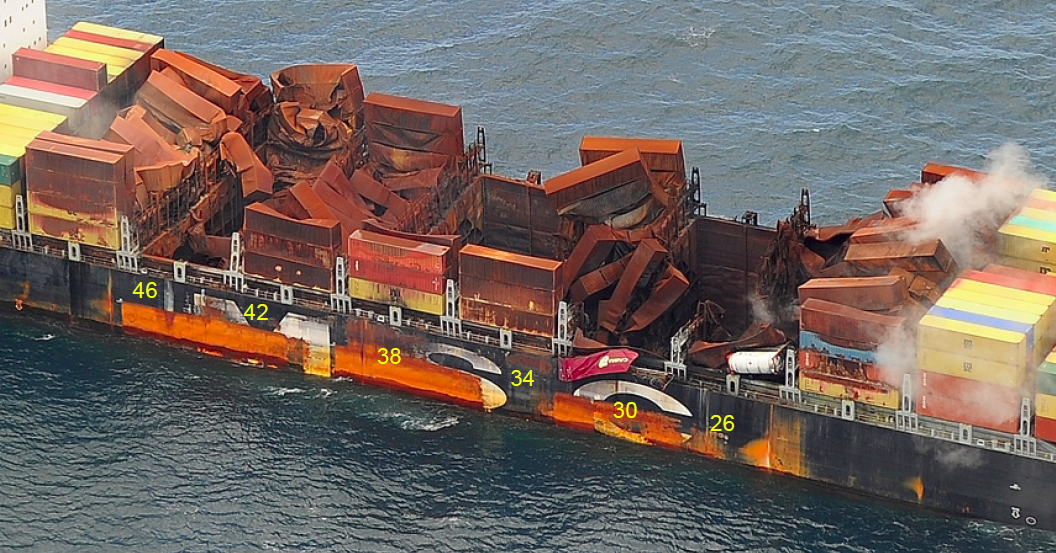 In an earlier opinion, the court found that the blast was the result of a runaway chemical reaction within three tanks of divinylbenzene (DVB) - a monomer additive that is used in making plastic resins - and a spark created by the crew's reasonable firefighting response. According to the court, the manufacturer of this cargo was aware of the substance's tendency to self-polymerize and generate large amounts of heat if exposed to temperatures over 85 degrees F for a prolonged period.

The tanks of 80 percent DVB (brand name DVB80) were delivered to the New Orleans Terminal for shipment in June, where they were stored in the sun for 10 days before loading aboard the Flaminia. They were stowed in the vessel's hold next to a heated cargo of diphenylamine, and near to the ship's heated bunker fuel tanks, exposing them to a higher-than-normal temperature during the voyage.

Based on expert testimony that the pre-loading and post-loading storage conditions were causal factors in the chemical reaction and the explosion that followed, the court found that only cargo manufacturer Deltech and NVOCC Stolt Tank Containers B.V. bore responsibility for the casualty. It specifically found that shipowner Conti, vessel operator NSB, and ocean carrier MSC were not at fault and bore no liability.

The court assigned Deltech the greatest responsibility for the accident. "Contrary to their own safety protocols developed after prior polymerization incidents that determined that shipping DVB out of New Orleans should be avoided in warmer months, Deltech booked the shipment of DVB80 out of New Orleans for late June. This fateful decision was the result of — at the very least — a combination of a considered decision at the highest levels of Deltech and managerial errors that followed," wrote presiding judge Katherine B. Forrest. She assigned Deltech a 55 percent share of the liability.

Stolt was assigned the remaining 45 percent share for its role in arranging the shipment. "Stolt possessed extensive information regarding the heat sensitive nature of the DVB yet it: (1) failed to pass information to the ocean carrier, MSC, in an effective manner regarding the dangers of heat exposure . . . and (2) was responsible for arranging loading the DVB into ISO containers earlier than it should have, and arranging for those to be transported to [New Orleans Terminal] and deposited in the open air at the terminal," Judge Forrest wrote.