The Pentagon has turned down a petition to list the 74 victims of the USS Frank E. Evans collision on the Vietnam War Memorial wall. The men died at the height of the Vietnam War, but the Department of Defense maintains that they do not qualify for listing because the collision occurred outside of the combat zone.

The Evans was one of the 58 Sumner-class destroyers built during World War II. She was off Vietnam for a total of about 150 days from 1965-1969, and she participated in combat during the Tet Offensive, providing the 101st Airborne Division with naval fire support at Phan Thiet.

In the early hours of June 3, 1969, the Evans was participating in a training exercise with Australian, British and New Zealand naval forces about 230 nm off the coast of Vung Tao. She was sailing in formation with the Australian aircraft carrier HMAS Melbourne and dozens of other vessels, and Melbourne ordered her to take up a following position 1000 yards astern. In a series of bridge resource management errors, Evans' conning officer turned to starboard to put this order into effect, a decision that put his vessel right in front of the Melbourne's bow. Despite last-minute efforts to avoid collision, Melbourne struck her on the port side just behind the wheelhouse and cut her in half. The bow rolled, capsized and sank quickly, taking 73 sailors with it to the bottom. One body was recovered from the water. 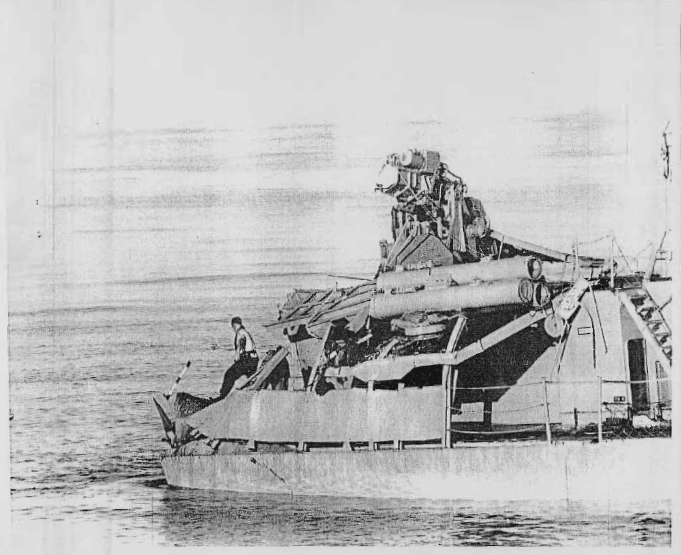 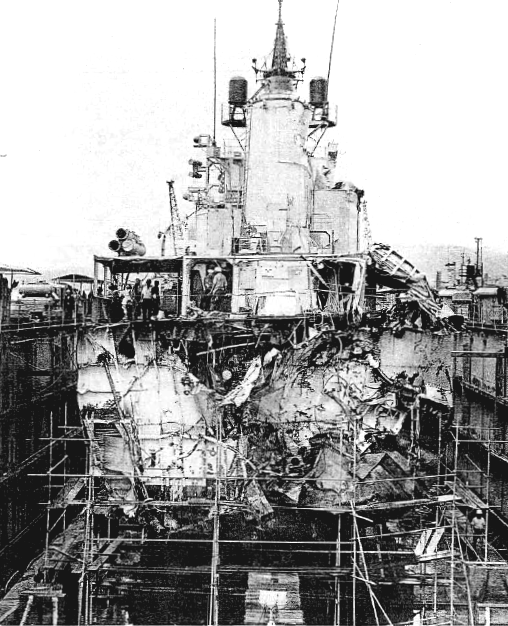 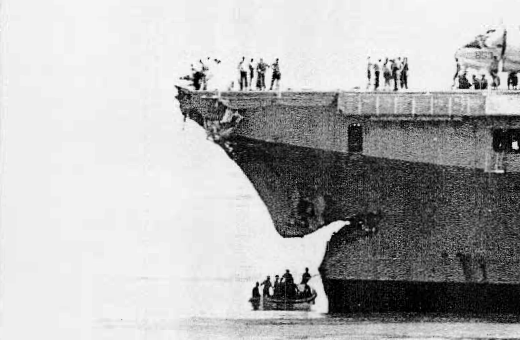 Damage to the Melbourne (USN)

The Evans' commander and conning officer pled guilty to dereliction of duty. The captain of the Melbourne was tried by an Australian military court for failing to take positive action, but he was acquitted with honor. A U.S. Navy investigation found that he had attempted to alert the Evans to the danger of collision multiple times in the minutes leading up to the accident.

In a testament to the survivability of the Sumner-class design, the Evans’ stern section righted itself after the collision and did not sink, saving well over 100 lives. It stayed afloat throughout a tow to Subic Bay, where it was decommissioned and ultimately sunk as a target.

A group of Evans survivors and relatives has petitioned the Pentagon to list the 74 casualties on the Vietnam Memorial. They point out that even though the Evans was not in the designated combat zone at the time of the collision, she had been in it shortly before and was due to return to it shortly after. The group points out that dozens of servicemembers who perished far from the war have already been given a place on the wall, and it would be consistent with established practice to add the lost crewmembers of the Evans as well.

In 2015, they secured the support of Senator Charles Schumer, the top-ranking Democrat in the Senate. “It just makes no sense not to put them on the wall,” Sen. Schumer told The Associated Press at the time. “They risked their lives for the country like everybody else.”

However, despite the high-level endorsement, the survivors have not convinced the Department of Defense to change its mind. Earlier this month, the Pentagon turned down the group's petition and offered to list the Evans casualties on a separate plaque, which would be mounted in an as-yet-unbuilt visitors center.

“They’re throwing us a bone,” said Steve Kraus, vice president of the USS Frank E. Evans Association, speaking to the AP. “They’re thinking, ‘OK, maybe this will all go away now.’” But this won’t go away, Kraus said: he plans to keep pressing until the Pentagon recognizes the lost crewmembers of the Evans as Vietnam War casualties.