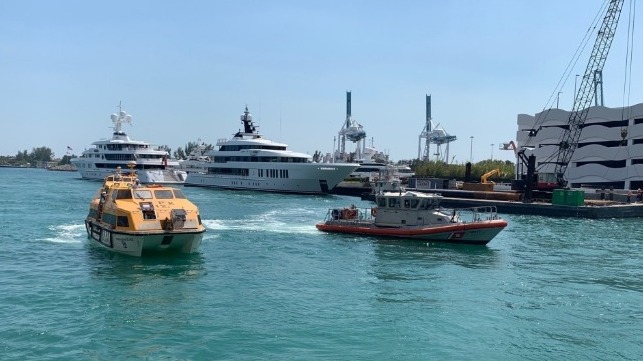 OSV operators Tidewater, Maersk Group and Bourbon Offshore all warn that the OSV market will continue to suffer from low day rates for the near term. While the offshore drilling industry is beginning to turn around, about 40 percent of the world's OSVs are idled or stacked, and low utilization continues to weigh on charter negotiations.

Last week, Bourbon said in an earnings report that it expects day rates for offshore vessels to remain "persistently low." Its year-to-date revenues have declined relative to the first nine months of 2017; its vessel utilization remains at about 50 percent; and it is actively seeking new investors and financing. About two dozen Bourbon subsidiaries recently opened French commercial court conciliation talks with creditors. In a reflection of the state of the market, Bourbon says that it plans to continue its focus on cutting costs and overhauling its operations using new high-tech tools.

Maersk Group is looking for a buyer for its offshore vessel division, Maersk Supply Service, and this month it wrote the unit's value down by another $400 million (in addition to a previous impairment). In its earnings report released Wednesday, the firm said that it reassessed Maersk Supply's worth due to "continued challenging market conditions" and a subdued rate outlook in the near and mid-term. "Tender activity is rising, in line with signs of recovery in the offshore drilling sector; however, Maersk finds that day rates remain under significant pressure due to the large number of idle vessels," the firm wrote.

U.S.-based OSV operator Tidewater, which recently emerged from Chapter 11 bankruptcy, said Wednesday that it expects "at least a modest uptick in the working offshore rig count [in] the second half of 2019," leading to an eventual improvement in utilization and day rates. "I think the real needle move here is when you can see the floater count move up, and at least where we sit today, we think that that's more likely than not to happen in the second half of 2019," said Tidewater CFO Quinn Fanning in an earnings call.

COVID-19 is a disease transmitted by social interaction or close quarters between individuals who may be either symptomatic or asymptomatic. Vessel owners may have liability to its employees who become ill in the service of a ship. Vessel owners may also have obligations to third party visitors and passengers. What Remedies Are Available When An Employee Or Third Party Becomes Ill While On A Vessel? The crew of a vessel have several remedies when they become ill while performing their work....

The U.S. Coast Guard continues to oversee periodic medevac operations for cruise ships waiting off the coast of Florida. Over the weekend, Coast Guard watchstanders in Miami and St. Petersburg, Florida coordinated three at-sea cruise ship medevacs for seafarers with influenza-like illnesses - one from the Celebrity Infinity and two from the Oasis of the Seas.  Coast Guard Sector St. Petersburg watchstanders oversaw the medevac of one Celebrity Infinity crewmember with COVID-19-like symptoms. The cruise ship’s small boat tender transported...

The Covid-19 pandemic still rages unabated in April 2020, affecting lives, businesses, individuals and industries in ways that will change the world forever. The International Labor Organization predicts that as many as 25 million jobs worldwide could be wiped out by a worldwide recession brought about by the pandemic. In many countries, governments imposed “lockdown” to restrict the movements of its citizens and to control the rapid spread of the pandemic. The lockdown was implemented throughout the countries in Southeast...