[Brief] An engine room fire broke out aboard the MSC Messina traveling in the Indian Ocean. Reports are that the ship has been disabled and that one crew member is missing after the fire. The Indian Coast Guard is responding to provide assistance to the vessel, which is within Sri Lanka’s search and rescue zone.

The Maritime Rescue and Coordination Center (MRCC) located at Port Blair on South Andaman Island in the Indian territory of the Andaman and Nicobar Islands is reported to be coordinating the efforts. The Indian Coast Guard deployed ships and aircraft and has sent back the first pictures of the disabled boxship.

The 63,00 dwt MSC Messina reported the fire late on June 24 saying that it was in a position 425 nautical miles from Port Blair, placing it approximately halfway between Sri Lanka and the Malacca Strait. According to reports from the Indian Coast Guard, there are 28 crew aboard. The 26-year-old ship registered in Liberia had departed Colombo on June 23 and was bound for Singapore. 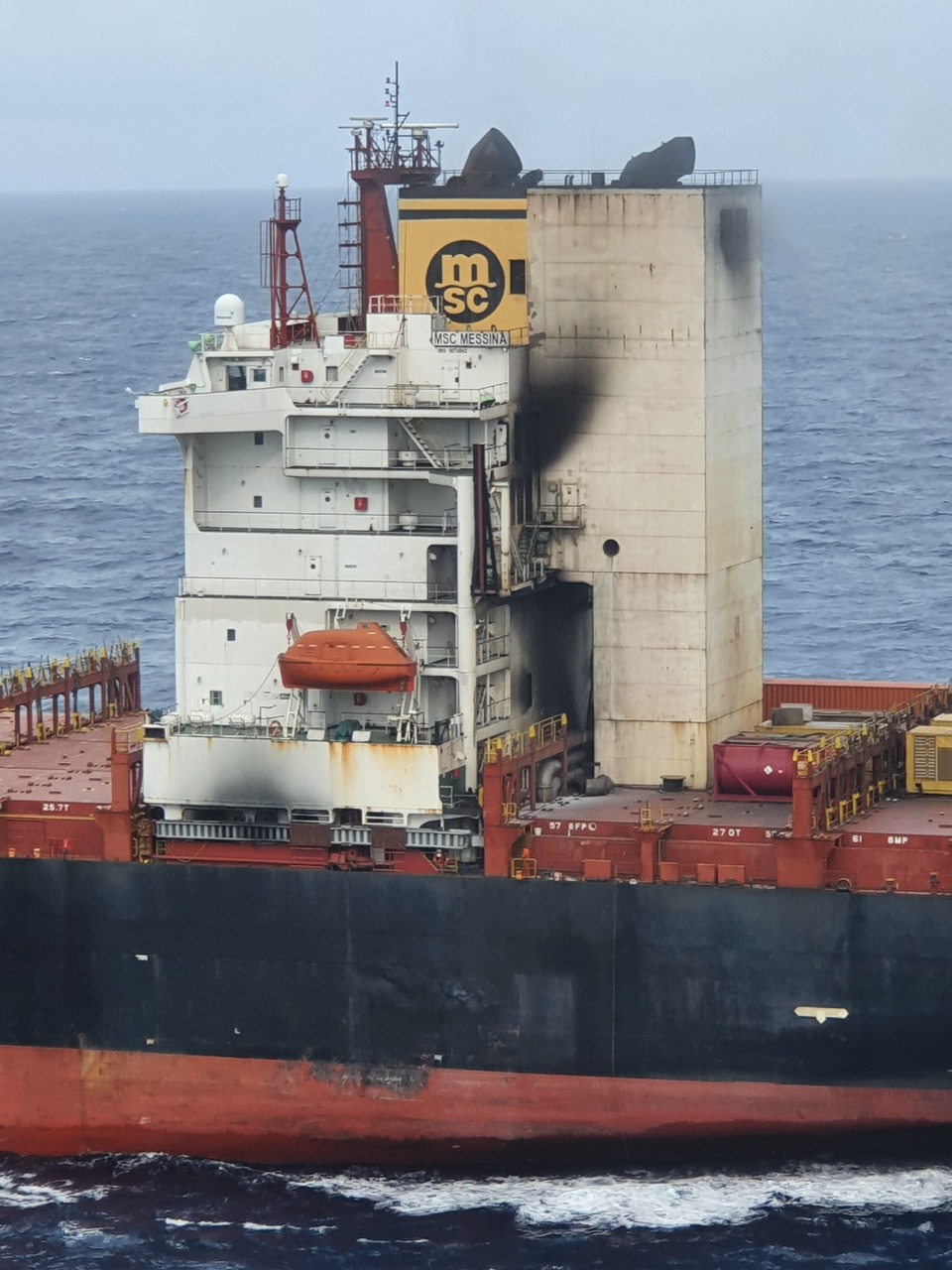 Indian Coast Guard photo of the damage to the MSC Messina

Pictures from the Indian Coast Guard show shoot stains on the vessel, but it is believed that the fire has been extinguished within the engine room. The vessel was sailing empty as there appear to be no containers loaded in the racks, and it is high in the water.

A larger MSC container ship, the 166,000 DWT MSC Deila was also reported to be in the area sailing from Algeciras also bound for Singapore on a similar timeline to its fleet mate. The vessel reportedly diverted and is standing by to assist as needed.

Both the Indian and Sri Lankan navies reported that they had also been apprised of the situation and were continuing to monitor reports, but at this time were not sending vessels. Indian and Sri Lanka have mutual support agreements, with the Indian forces having provided support to Sri Lanka during accidents such as the fire aboard the X-Press Pearl anchored off Colombo and a fire last year aboard a crude oil tanker in Sri Lankan waters.