Cleanup crews are responding to a major oil spill off the coast of Orange County, California. The spill is reported to be about 13 square miles in size, according to the U.S. Coast Guard, and it is coming ashore on multiple beaches in the area.

The Coast Guard received an initial report of an oil sheen off the coast of Newport Beach on Saturday morning, just after 0900 hours. It dispatched aircraft to monitor the extent of the oil slick, with assistance from the Huntington Beach Police Department's aviation assets. A military airshow scheduled for Sunday has been canceled in order to ensure adequate airspace for spill response and monitoring.

According to local officials, the oil spill originated from an underwater pipeline from the aging Elly platform, located at the Beta oilfield off Orange County's coast. The pipeline rupture released an estimated 125,000 gallons (3,000 barrels) of crude into the water - more than the bunker spill from the Cosco Busan incident in 2007. 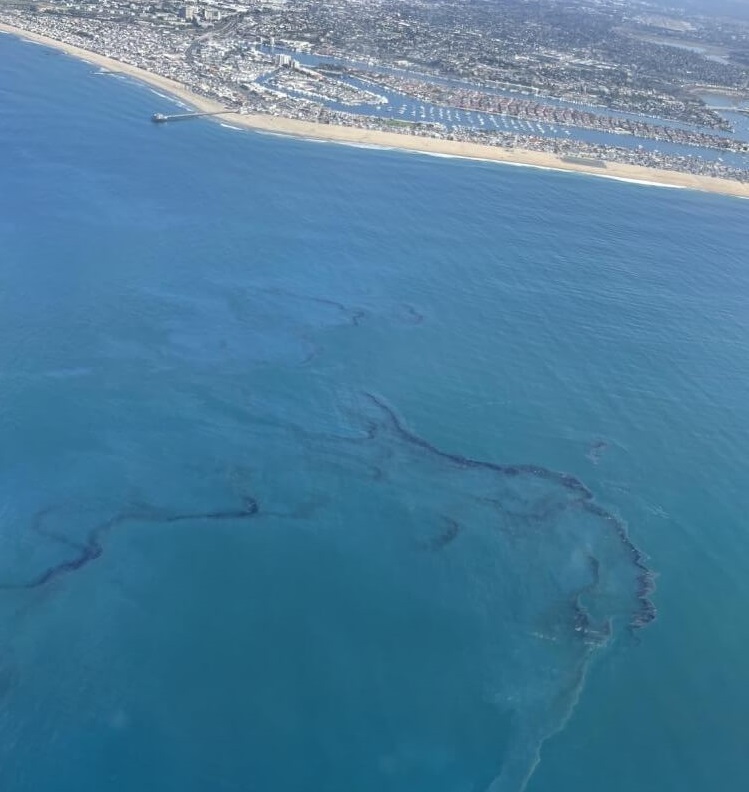 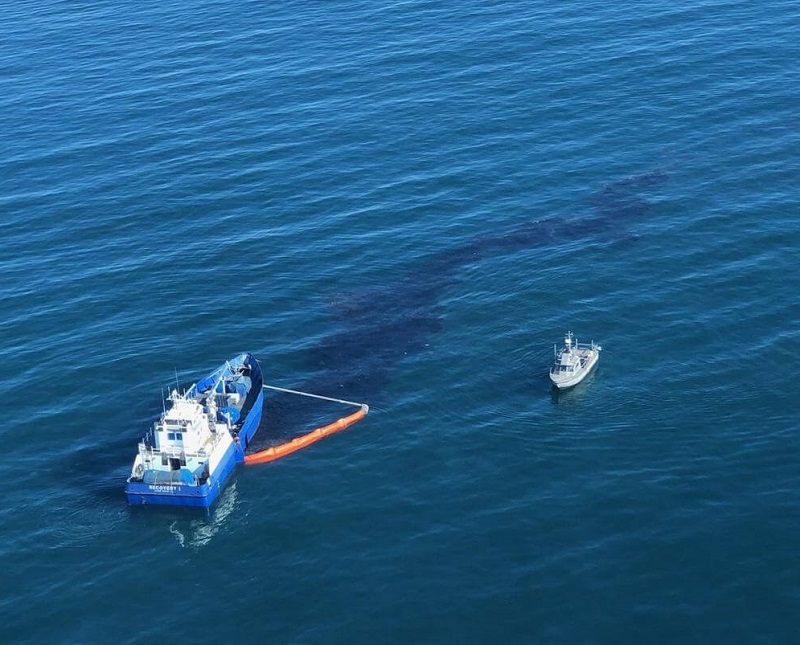 Elly and the adjacent Ellen platform are operated by Beta Offshore, a division of independent oil company Amplify Energy Corporation. As of Sunday evening, the firm has not yet released a public statement.

By the early hours of Sunday morning, the line was partially patched but still releasing oil, according to Orange County Supervisor Katrina Foley. Additional repair efforts are expected soon.

Reported wildlife impacts include limited bird oiling, and the oil has penetrated into the Talbert Wetlands area behind Huntington Beach.  Skimmers and booms have been deployed to protect a nearby ecological reserve.

The spill is expected to affect about eight miles of beachline, including Huntington Beach and the jetty adjacent to Newport Beach. Residents have been cautioned to stay away from the affected areas, leave cleanup efforts to the professional response crews, avoid swimming and stop fishing due to the toxic nature of the spill.

“Unfortunately, the size and potential impact of this oil spill make it necessary for people to stay out of the water and avoid contact with the oil,” said Newport Beach Mayor Brad Avery. “The City’s top priority is to ensure the safety of our residents and visitors during the cleanup effort.”

Cleanup and remediation efforts are under way. As of Sunday, a total of 1,200 gallons of oily water mixture have been recovered; nine boats have been dispatched for oil spill recovery operations; three shoreline assessment teams are on scene; and 3,700 feet of boom have been deployed.