NYK to Research Energy Saving Devices for Use on 50 Bulkers

Japan NYK Line is undertaking a new research collaboration to verify the synergistic effects of energy-saving devices often used in conjunction with a ship’s propeller to reduce water-flow turbulence. Working with Nakashima Propeller Co. and Fluid Techno Co., they said it will be the first of its kind research seeking an optimal combination of multiple energy-saving devices.

Efforts to develop modern energy-saving devices began approximately 50 years ago as the shipping industry responded to the first energy crisis. A variety of technologies have been proposed over the years, but according to NYK most of the testing has focused on the verification of individual devices by the marine equipment manufacturer.

Working with the propeller manufacturer and a ship design company that employs fluid analysis technology, they will verify the effects of energy-saving devices that enhance vessel fuel efficiency by improving water flow generated at the aft-end of ships. NYK points out that it is possible to save energy by decreasing the wave resistance and water-flow turbulence and the research will identify the devices that are most effective at meeting these goals. 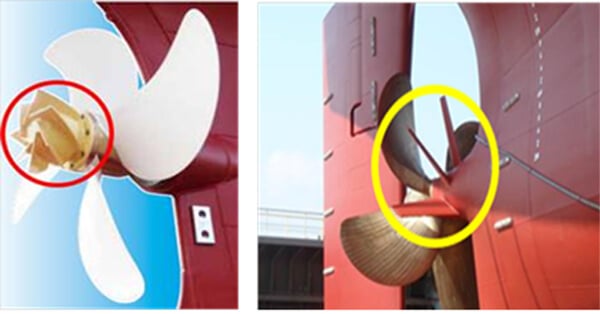 “This business alliance can be said to be a pioneering attempt in the maritime industry, in which three companies will jointly work on the best mix of multiple energy-saving devices by utilizing the knowledge and strengths of each company. Through this initiative, improvement of fuel efficiency by one to eight percent and reduction of vessel GHG emissions are expected,” said NYK announcing the initiative.

One of the best-known technologies is the Grim vane wheel which dates back to the 1970s and has been installed on numerous ships. As an example, SIEM Ship Management has installed the system on one of its car carriers. They reported that the Siem Curie, built in 2009 and 43,810 dwt, achieves a 5 to 10 percent saving by being fitted with the Grim vane wheel. 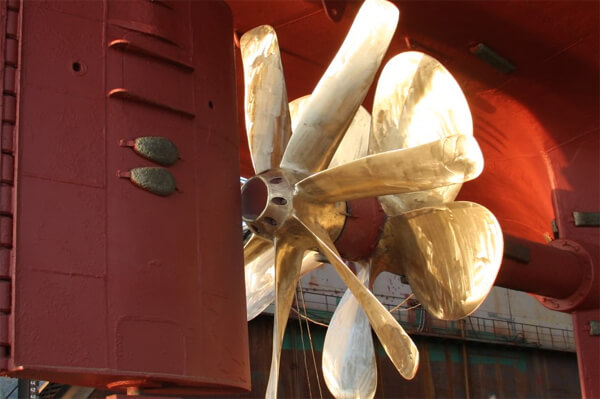 In 2015, a joint industry project between Hyundai Heavy Industries and DNV took a new look at the Grim vane wheel. They confirmed its capability to reduce required power by 5 to 10 percent reporting that used independently it exceeds the fuel savings that can be expected from almost any other energy-saving devices.

NYK plans to expand the research to look at the use of multiple technologies to find the best combination to save energy by improving the fluid dynamics around the stern of their vessels.