Russia's Novatek has confirmed plans for a new Arctic LNG transshipment hub to be built on a former submarine base. 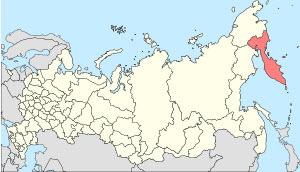 Work is already underway on the Bechevinka terminal located at an abandoned Navy compound in Kamchatka. It will cost up to $1.5 billion and have a capacity of up to 20 million tons of LNG per year, Novatek Deputy Head Aleksandr Fridman told Interfax.

The terminal will be a key logistics hub for the Yamal LNG project as well as future Arctic LNG production projects. From there LNG will be transferred from special ice-class carriers to conventional vessels before heading to Asia-Pacific customers.

Production commenced at the Yamal LNG facility on the Kara Sea in December 2017. Last year, Novatek signed agreements with Chinese National Petroleum Company (CNPC) and China Development Bank for the Arctic LNG 2 project. Construction is expected to begin in 2019, the first of three trains operational by 2023. As with Yamal, natural gas will be exported via the Northern Sea Route.

On May 18, Novatek announced the formation of a new transportation subsidiary called Maritime Arctic Transport LLC to manage and optimize transportation costs, build up the unique competencies of Arctic navigation and ensure centralized management of the Arctic fleet. Novatek’s Chairman of the Management Board Leonid Mikhelson said: “Novatek’s long-term development strategy envisages a significant growth in LNG production from the company’s vast hydrocarbon resource base located on the Yamal and Gydan peninsulas in the Arctic zone of more than 55 million tons per annum by 2030. Therefore, establishing an efficient Northern Sea Route shipping model is one of our key priorities to realize our long-term strategy. Creating our own shipping company fully supports this goal and will optimize transport cost and ensure a well-balanced, centralized management structure to improve the competitiveness of Novatek’s Arctic projects.”