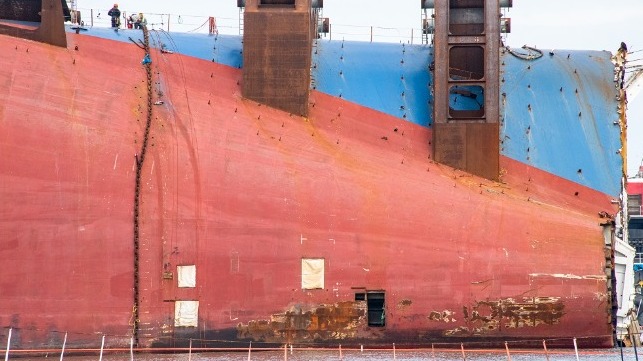 "Norwegian Cruise Line has been sailing from Miami for over 50 years," said Del Rio, president and chief executive officer of Norwegian Cruise Line Holdings. "We were the first to offer weekly cruises to the Caribbean from Miami, which shaped the city's reputation as the 'Cruise Capital of the World.' Five years ago, we launched our history-making Breakaway Plus class and today, we are proud to christen Norwegian Encore, the final ship of this class and a true representation of the evolution of the brand, right here in our hometown of Miami."

After the traditional blessings, honorary godmother and GRAMMY Award-winning artist, Kelly Clarkson, officially christened Norwegian Encore with the champagne bottle break across the ship's hull. She then gave a live performance of "Miss Independent," "Stronger," "Since U Been Gone," and other chart-topping hits. 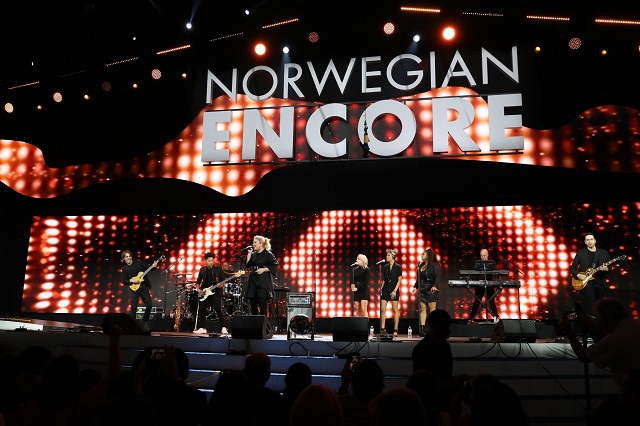 During the ceremony, guests also watched a showcase of the company's onboard entertainment which included "Choir of Man" and "Kinky Boots."

The Breakaway Plus class first debuted in Miami with the introduction of Norwegian Escape in 2015. The company says that Norwegian Escape, Joy, Bliss and now Encore feature experiences that include the world's only racetracks and open-air laser tag arenas; the most sophisticated gaming and virtual reality complexes; world-class entertainment that rivals anything on land; and new, creative culinary offerings. 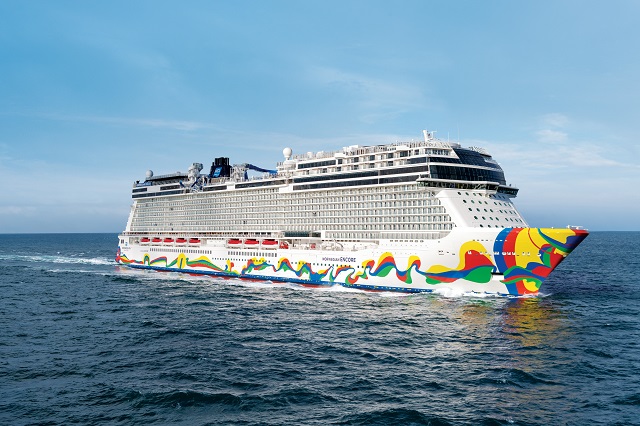 At nearly 1,100 feet long, with a gross tonnage of almost 170,000, Norwegian Encore has a guest capacity of nearly 4,000. As part of a recent partnership with JUST Goods, she is the first ship in the company to be plastic bottle free.  By January 1, 2020 Norwegian Cruise Line will be the first major cruise line to eliminate plastic bottles across its entire fleet.

Norwegian Encore will sail seven-day voyages to the Eastern Caribbean from Miami beginning November 24, 2019; Bermuda, and Canada and New England itineraries from New York City beginning April 22, 2020 and voyages to the Western Caribbean from Miami beginning December 12, 2020. In the spring of 2021, she will make her West Coast debut and sail to Alaska from Seattle.