While China continues to dominate the passenger share of Asia, cruise passengers from Taiwan and Singapore have been steadily growing in numbers. Multiple source markets, many of which registered double-digit growths in 2018, contributed to Asia’s record-breaking 4.24 million ocean-going cruise passengers, up 4.6 percent year-on-year. Asia is the third largest cruise region after North America and Europe.

Mainland China retained its dominance as a source market, accounting for 55.8 percent of all Asian passengers, though the Chinese market has been going through a period of adjustment and saw a marginal 1.6 percent decline in passengers. 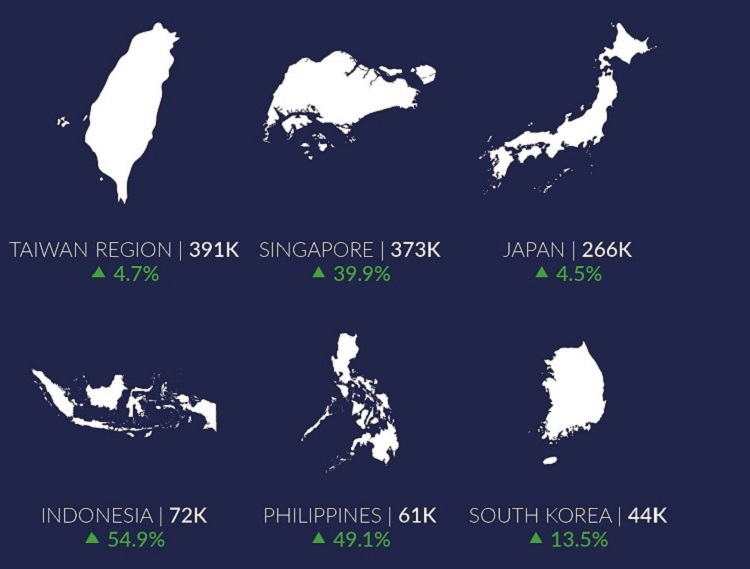 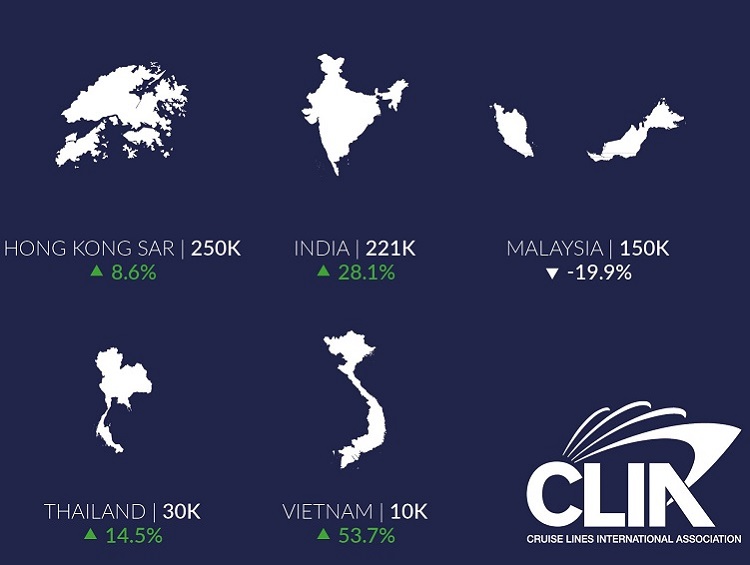 •     Asian cruise passengers are found across the age spectrum with an estimated average age of 45.4 years, lower than the global average of 47 years. Only three markets show real divergence: India, a young 37-year average; Indonesia a 39-year average and Japan an older 57 years.

•     Outside of Asia, the Mediterranean, Caribbean/South America, Baltics/Northern Europe and Alaska were popular choices, in that order.

•     Shorter sailings remain the dominant choice of Asians, 89 percent of whom are sailing four to six nights.