On Thursday, as Hurricane Dorian moved slowly towards the east coast of Florida, U.S. 4th Fleet ordered ships at Jacksonville's Naval Station Mayport to prepare to depart or shelter in place. According to the most recent National Hurricane Center forecast, tropical storm-force winds may reach Jacksonville by Sunday night or Monday morning.

The patrol boat USS Shamal got underway Thursday. The destroyers USS Lassen, USS Paul Ignatius and USS Farragut and the littoral combat ships USS Billings and USS Milwaukee made ready to depart Friday. They will head out into the Atlantic in areas where they will be least affected by the storm.

The littoral combat ships USS Detroit and USS Little Rock, the cruiser USS Hue City, the destroyers USS Thomas Hudner, USS Roosevelt and USS The Sullivans, and the amphibs USS Fort McHenry and USS Iwo Jima will ride out the storm within the harbor.

Naval Air Station Jacksonville has also begun making plans to relocate personnel and equipment. The aircraft of Patrol and Reconnaissance Wing 11 have already departed for an airbase in Ohio.

At present, the forecast suggests that Hurricane Dorian will pass over the Northern Bahamas and make landfall in southern Florida on Tuesday morning, then turn northwards towards Orlando on Wednesday. However, the cone of uncertainty five days out still covers most of Florida's Atlantic coastline. 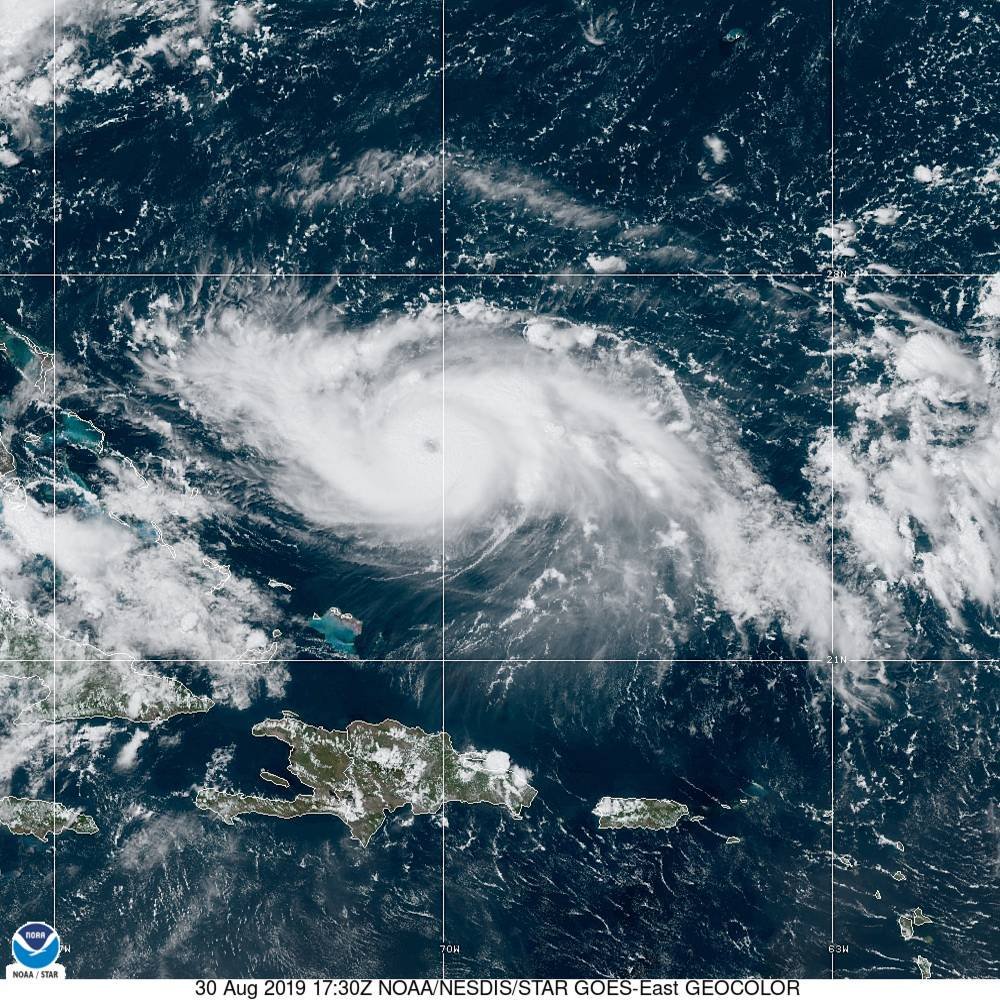 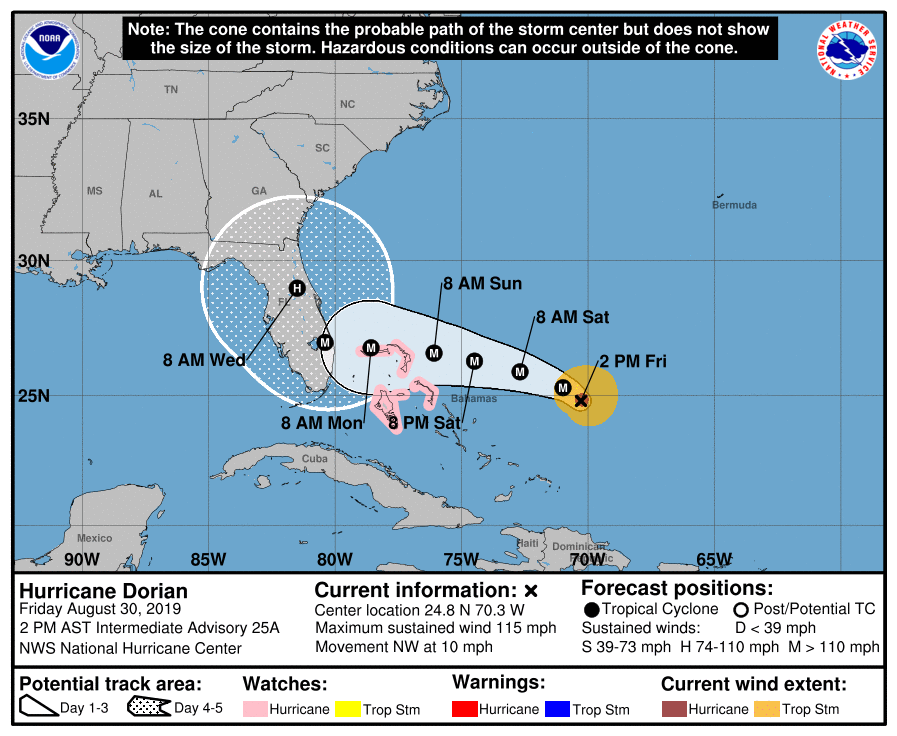 The storm is strengthening in intensity, and the forecast calls for more wind intensification to about 110-120 knots (Category 3-4). "Dorian is expected to become an extremely dangerous major hurricane soon with additional strengthening likely as it heads for the northwestern Bahamas and the Florida peninsula," NHC wrote. It may well slow as it approaches the coastline, leading to a longer period of high winds, storm surge and heavy rains.

In anticipation of heavy weather, he U.S. Coast Guard has set port condition X-Ray for Miami, Port Everglades, Palm Beach, Fort Pierce, Key West, Jacksonville and Fernandina. All commercial vessels over 500 GT are expected to make plans to depart South Florida ports or obtain an exemption to stay. Miami and Port Everglades are the world's two busiest cruise ports, and the storm is expected to disrupt some itineraries; passengers have been advised to contact cruise lines for specific information.