Vietnamese authorities with assistance from the commercial shipping industry and fishing vessels are conducting a search and rescue operation in the South China Sea for eight crewmembers missing for a cargo ship that went down in a storm. A passing MSC vessel joined in the search rescuing four of the seafarers after they abandon ship.

The Vietnam Maritime Search and Rescue Coordination Center reported receiving calls from the 32-year-old general cargo ship Vandon Ace on the afternoon of Wednesday, February 23. At the time, the 7,200 dwt vessel was approximately 160 nautical miles southeast of the port of Vung Tau, a seaport in southern Vietnam near Ho Chi Minh City. The captain reported that there was a crew of 19 aboard the vessel and that they were experiencing engine trouble in a storm.

The Vandon Ace was sailing from Rabaul, Papua New Guinea to the Vietnamese port of Can Tho. It was carrying a cargo of logs and some reports suggest the cargo shifted in the high seas.

The crew radioed at 3:30 p.m. that their vessel had blacked out and in the bad weather they had taken on a 15-degree list. The crew reported that they were abandoning ship to life rafts but shortly after that the rescue center lost all communications with the ship. They later reported receiving signals from the vessel’s emergency beacon.

The rescue center dispatched a patrol boat along with a vessel from the Coast Guard and helicopters. At the time, the winds were blowing between 25 and 40 mph with the seas running up to 16 feet. The MRCC also issued a call for assistance to vessels in the area.

The MSC Rapallo, a 154,000 dwt container ship, had departed Yantian, China, and reported that she was in the area. She arrived at the last known position of the Vandon Ace at 7:50 p.m. and began a search. Approximately three hours later they located four crew members wearing life jackets in one of the missing vessel’s life rafts. The rescued sailors told the crew of the MSC vessel that due to the strong winds some of the colleagues had been unable to get into the raft. The MSC containership later transferred the survivors to one of the SAR boats. 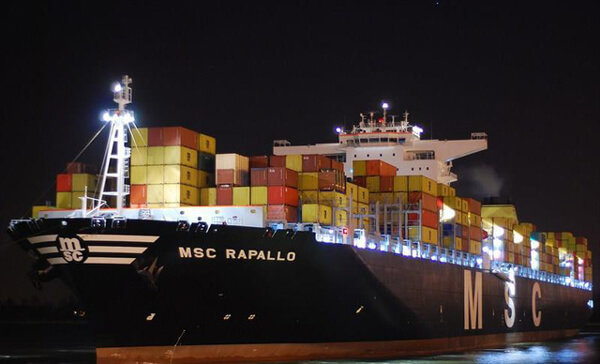 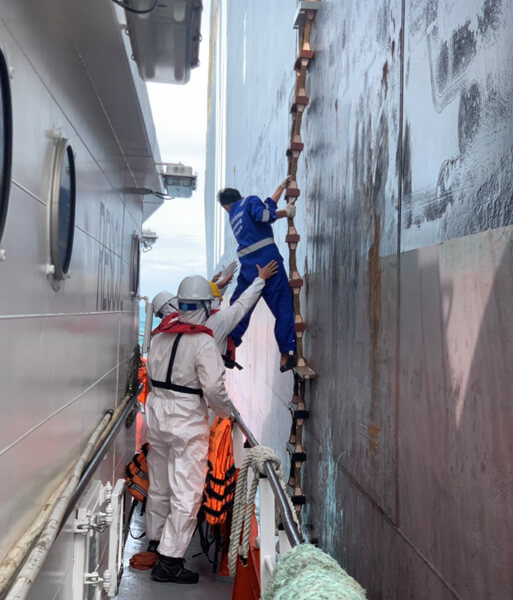 The SAR operation continued joined by local fishing boats and nearly five hours after the first rescue one of the SAR vessels located a lifeboat from the missing vessel. Two crew members were found in that boat. Three hours later three more survivors were located in yet another raft from the vessel.

The search was continuing this morning and as of 11 a.m. local time the MRCC reported that there were four vessels including ships from the Coast Guard continuing the search. The search however was being complicated by winds gusting between force six and eight and seas between 10 and 13 feet. Helicopters that were assisting in the search had landed at an offshore rig to refuel while they prepared a further plan for the search.

A total of nine seafarers were recovered and have been taken to Vietnam and the SAR team also recovered the bodies of two sailors. Eight remain missing with the search ongoing.