The challenges of Europe’s migrant crisis and how it is being compounded by the coronavirus is again coming to light with reports that a teenage migrant boy died after being held offshore on a ferry that is serving as an Italian quarantine center. The 15-year-old boy from Cote d'Ivoire in West Africa reportedly died after being held in quarantine for up to two and a half weeks with little or no medical attention.

Proactiva Open Arms, a non-profit non-governmental organization dedicated to protecting individuals who try to reach Europe by sea, fleeing from armed conflict, persecution, or poverty, reported that it had rescued 276 migrants from the Mediterranean in early September. The NGO uses a converted tugboat and sailing ship to rescue migrants in distress from the ocean. 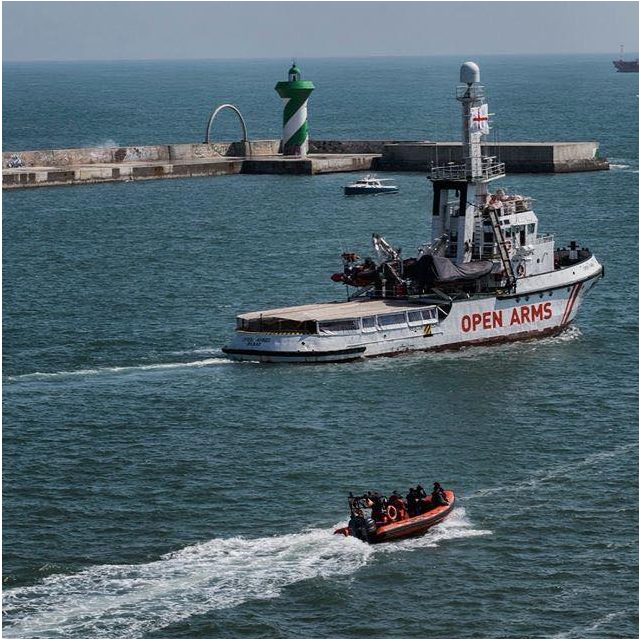 With its vessels at capacity, the NGO was permitted by Italian authorities to transfer 140 individuals to the 32,000 gross ton ferry GNV Allegra, which is capable of holding over 1,400 individuals and is serving as a quarantine ship for Italy near Palermo, Sicily. Since the outbreak of the pandemic ravaged Italy, the country has been using three former ferries to house migrants offshore. Under the policy, they are to be held in quarantine for two weeks before being landed for processing.

The British media outlet The Guardian reports that the boy was ill, dehydrated, and malnourished when he was taken aboard the ferry. He stayed on the ship the newspaper reports until September 30 before doctors ordered him transferred to a shore hospital where he died two days later. The newspaper says that he tested negative for COVID-19. 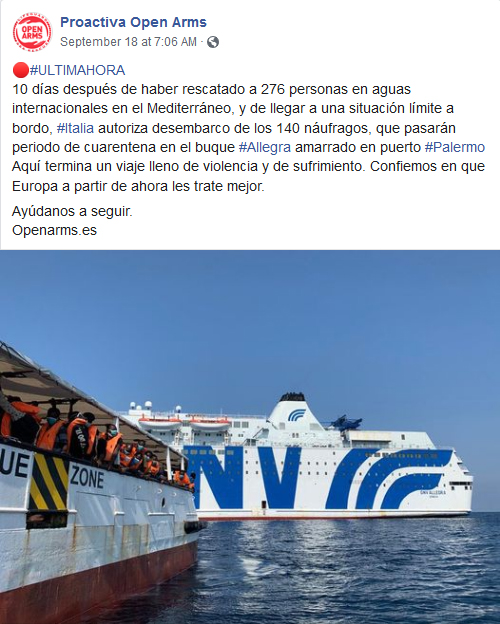 The NGO was reported to be grief-stricken by the situation and highlighted that the people are in precarious health conditions when they are rescued and placed aboard these ships. They say they require both proper facilities and medical attention immediately without being held in unsafe conditions.

A lawyer told the newspaper that they believed there was only one doctor aboard the ferry which was holding more than 600 individuals in quarantine. The Italian prosecutors are reported to be investigating the circumstances of the young boy’s death and the quarantine conditions.

The policy of holding the migrants offshore on the ferries has come under frequent criticism from human rights groups and other organizations. In May, there was another incident when a young man from Tunisian became upset aboard another ferry and jumped overboard to his death.

News of this latest incident surfaced days after there were reports that the British government was also investigating the use of former passenger ferries as possible detention centers after a sharp rise in crossings of the English Channel by migrants seeking asylum in Great Britain. The English government rejected the idea of sending the migrants to a remote island thousands of miles away or attempting to hold them on offshore oil platforms. The British are also exploring the use of floating barriers to block the coastline from landings.

The British government said that it was studying the approach uses by other countries to handle the arrival of asylum seekers. Australia has run detention camps that have been criticized by human rights groups and in the media and in the United States detention facilities along the border with Mexico were widely criticized after reports that children were being separated from their parents.